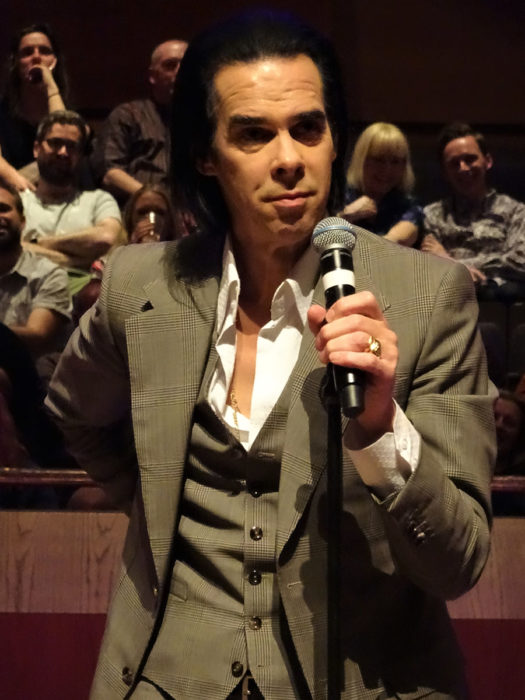 In the continuing debate over whether the Pogues classic Fairytale of New York’ should have it lyrics doctored for radio play bu the BBC has seen Nick Cave throw his weight in criticising the BBC in the latest instalment of his Red Hand Letters page.

The annual event of the growing argument behind the lyrical content of the song as it rise up the xmas charts has seen a growing consensus that songs should not contain any ‘offending’ content whatever the context. For some this is an embrace of a more ‘woke’ culture and for others it’s a fundamental misunderstanding of the nature of art. For the Pogues themselves they endorse the change to the lyrics if it means they get played on the radio.

Mr. Cave is firmly in the misunderstanding of the nature of art camp.

“The idea that a word, or a line, in a song can simply be changed for another and not do it significant damage is a notion that can only be upheld by those that know nothing about the fragile nature of songwriting.

“The changing of the word ‘faggot’ for the nonsense word ‘haggard’ destroys the song by deflating it right at its essential and most reckless moment, stripping it of its value. It becomes a song that has been tampered with, compromised, tamed, and neutered and can no longer be called a great song. It is a song that has lost its truth, its honour and integrity – a song that has knelt down and allowed the BBC to do its grim and sticky business.”

In the end, I feel sorry for Fairytale, a song so gloriously problematic, as great works of art so often are, performed by one of the most scurrilous and seditious bands of our time, whose best shows were so completely and triumphantly out of order, they had to be seen to believed.

The post Nick Cave adds his voice to the criticism of the BBC over ‘Fairytale of New York’ appeared first on Louder Than War.