NEWS: To be published – Ever Fallen in Love: The Lost Buzzcocks Tapes Book by Pete Shelley with Louie Shelley 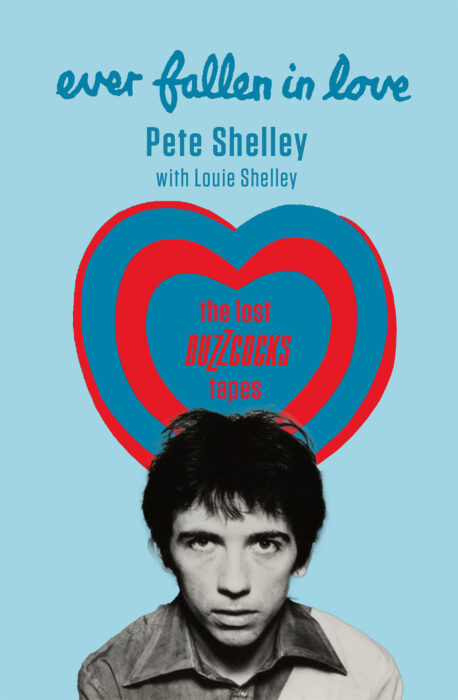 When we lost one of the UK’s most remarkable singer/songwriters Pete Shelley of Buzzcocks in 2018, we also lost the chance to hear him tell the stories behind some of the songs we love so well, or so it appeared.

However, in 2020, recordings surfaced of a series of long, personal and in-depth interviews between Pete and close friend Louie Shelley. The two had spent hours discussing details of Pete’s life, moving song-by-song through Buzzcocks’ output to reveal his memories of the punk explosion and how he came to write songs such as ‘Ever Fallen in Love (With Someone You Shouldn’t’ve)’ and ‘What Do I Get?’.

Now, to be published in print for the first time and with the blessing of Pete’s estate, these conversations offer us the chance to hear one of the finest songwriters of a generation in his own words at last.

The lovingly-produced book will also include photographs and colour plate sections with previously unseen photographs taken by Buzzcocks band members, as well as memorabilia, classic punk fanzines and record covers. With cover artwork created for the book by Malcolm Garrett – designer of Buzzcocks’ iconic record sleeves and posters – this is a truly special book by one of music’s most respected voices.

Pete’s friend Louie, the book’s co-author, says: “When I interviewed Pete I asked him the questions that all lovers of music would want to know, about how he created these timeless classics – and their fascinating backstories. The tapes took on a special poignance with Pete’s untimely death. I’m delighted now to be able to share
them with the wider world. They’re too good to keep to myself.”

Ever Fallen in Love: The Lost Buzzcocks Tapes by Pete Shelley with Louie Shelley will be published on 10th June 2021 at £20.

The post NEWS: To be published – Ever Fallen in Love: The Lost Buzzcocks Tapes Book by Pete Shelley with Louie Shelley appeared first on Louder Than War.