New artist of the day : Nachtmusic ‘the 2021 inter zone between Kraftwerk and Giorgio Moroder’ 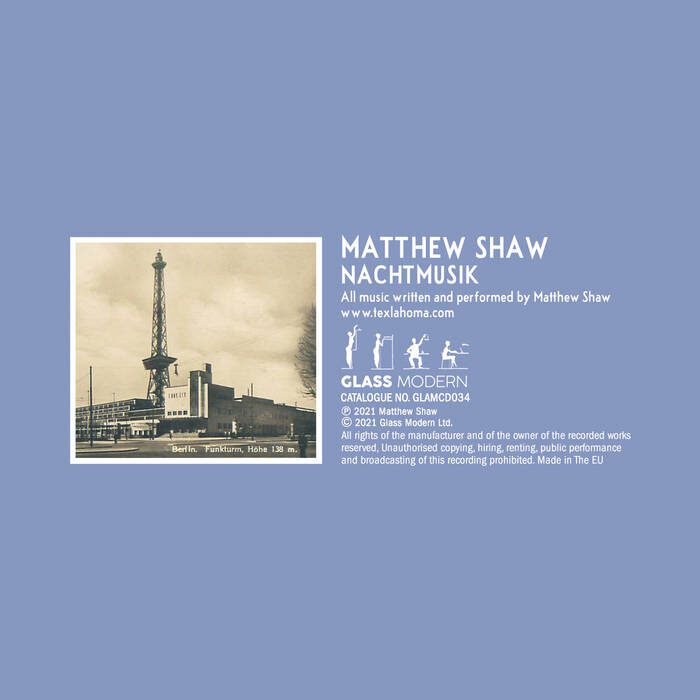 Nachtmusic
Bandcamp https://glassmodern.bandcamp.com/album/nachtmusik
Dealing an electronic pop the aptly named Nachtmusic are the brainchild of Poole based musician Matthew Shaw who has been working on several projects in the machine music sphere. This is his most pop yet and a subtle shift away from the drones and soundscapes that dominate his other works.
Playing with the inter zone somewhere between Kraftwerk and Giorgio Moroder but with 2021 twist pays big dividends in these shape shifting slices of moody perfect pop, a late night music that twinkles like the rain on neons and hooks and captivates with its subtle shifts and melodies.

The post New artist of the day : Nachtmusic ‘the 2021 inter zone between Kraftwerk and Giorgio Moroder’ appeared first on Louder Than War.