Mud City Manglers – Give Me The Hammer 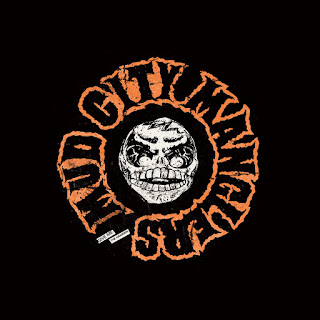 The Mud City Manglers ending up on Spaghetty Town Records has to be one of the most perfect marriages of a band and label ever. You’re talking about THE label for dirty punk rock and roll releasing the first album in 20 years from the definitive dirty punk rock and roll band! It’s hard to believe that it’s been two decades since Pittsburgh’s Mud City Manglers unleashed their classic full-length debut Heart Full of Hate. Give Me the Hammer, a split release between Spaghetty Town and European labels Beluga Records and Ghost Highway Recordings, is the long-awaited sophomore release from these legends of grimy and gutsy rock and roll. The good news is that the Mud City Manglers still sound like the Mud City Manglers. They are a veritable sonic bulldozer on this 11-track release – tearing through track after track of ferocious rock and roll that meets at the intersection of Motörhead, AC/DC, and the Dead Boys. On this particular release, the band brings a harder, tighter sound than ever. Fierce, pummeling songs like “Hangover Hurricane”, “Bring It Down”, and the title track are what all “action rock” should aspire to be. And on the moody slow-burner “Better Off Dead” and the heavy rock closer “Jump Into The Fire”, these guys show songwriting chops that are seldom encountered in this genre. It may be a tad premature to declare that the Mud City Manglers have delivered another classic. But let’s just say that Give Me the Hammer will disappoint absolutely no one.