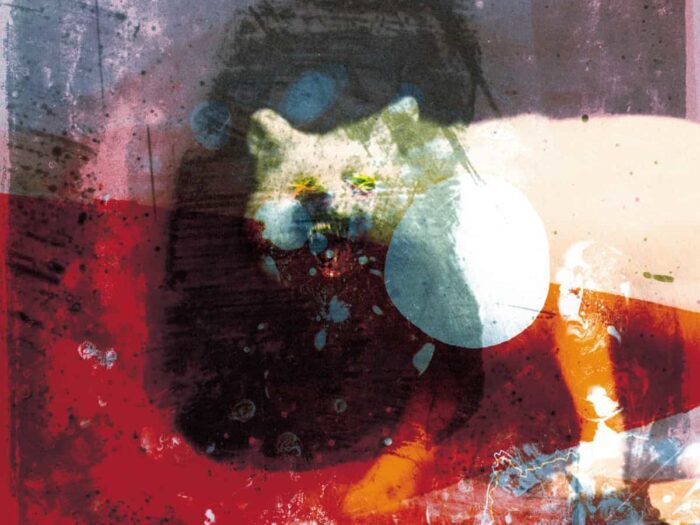 ’As The Love Continues’

(watch this interview with Stuart Braithwaite and John Robb here)

Still setting their controls for the heart of the sun, ten albums in and Mogwai are constantly pushing forward.

The Glasgow based band have spent years pushing the narrative and exploring all the subtle moods and shape shifting dynamics of a music that has pushed the post Slint envelope into something truly special and  almost orchestral.

Recent years have seen them employed in soundtrack work which is an interesting twist on their dynamic and seeing them stretch their sound taut allowing so many sonic nuances to escape. These soundscapes describing celluloid demand more space and a calmer approach that they have employed on ‘As The Love Continues’.

The new album brings this of this into play with beautifully barren stretches that are like the astonishing images of Mars that hold the tension for the climactic build ups. This is a sensual, subtle shape shifting music that reconnects with the subtle oddness of their music that finds release with those dense plateaus of sound as they build and build.

Tension and release is still the key and the band have honed this down to a perfect artfrom. They still retain their powerful ebb and flow as the sonic textures build and build into terse tension is relased and huge plateaus of sound like the Martian hills surrounding the barren drained lakes to get lost in.

In these odd dystopian times where the world is not so much in plunged into sci fi darkness is ina curious suspended animation with a veneer of normality stretched over the quark, strangeness and charm of the new normal Mogwai are , perhaps, the perfect soundtrack. Guitarist Stuart Braithwaite has explained that the album is a non pandemic record and a more positive piece.

Perhaps this is an over reading of these soundscapes to try and shoehorn them into contemporary  times but walking the streets of Manchester with a hide full of napalm with the album cranked up to 10/10 in headphones it becomes a very fitting soundtrack. Even the making of the record was very 2020 recorded remotely via Zoom with The Flaming Lips producer Dave Fridmann who has pulled off the magic trick of making an underground album feel mainstream without losing a neutrino of its creativity.

The layers of sound build up over hypnotic simplistic drum grooves holding down the heartbeat and letting the instruments entwine and build. Of course there new textures in the sound – added strings bringing a grandeur to ‘Midnight Flit’, electronic bleeps and squiggles undertow ‘Here We, Here We, Here We Go Forever’ . Opening track ‘To The Bin My Friend, Tonight We Vacate Earth’ is almost geological in its soundscape  ‘Ritchie Sacramento’, meanwhile, could easily be made into a documentary of its own with its back story of the late Silver Jews frontman, Dave Bergman throwing a shovel at a sports car inspiring, somehow,  Stuart Braithwaite to sing the closest to a pure pop moment the band have dreamt up yet, in song that drips that melodic perfection of ‘Outdoor Miner’ period Wire.  ‘Drive The Nail’ builds up to one of their perfect head-nodding crescendos, the fantastically named ‘Ceiling Granny’ is like a snapshot of the bands youth – reminding of that Dinosaur Jnr period of Homestead Records and the yearning possibilities of fuzzbox drenched guitars.

The album is a world to get lost in subtle moods, textures and shits in sound – a music that creates a film that runs in your head, a total trip, a genius head fuck and not so much nostalgia for an age yet to come as a soundtrack for a film a film yet to be made.

The post Mogwai ‘As The Love Continues’ album review appeared first on Louder Than War.