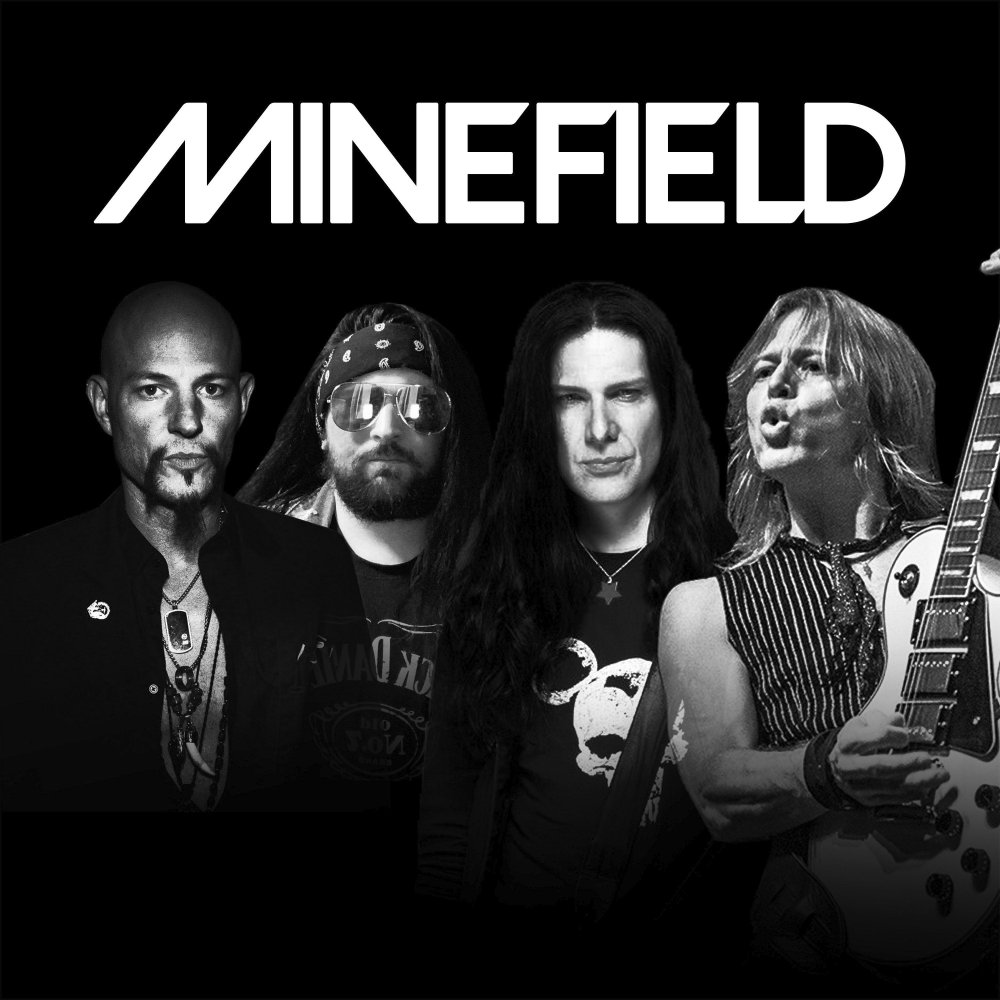 On Home the band keeps the theme of big arena choruses on hand with this superb track. Home is ready-made hard-driven arena-rock and shows that Minefield are ready made for the big stage. Just like the first single, Home features the same all-star line-up, and the song was mixed and mastered by Anthony Focx.

U.S. hard rock band Minefield was founded in 2020 by Brandon Fields. It is more of a musical collective than a band or a solo project. For the debut album, Fields (Vocals/Guitar) is accompanied by Todd Kerns (Vocals/Bass), Jeremy Asbrock (Vocals/Guitar) and Matt Starr (Drums).
The group recently signed to Golden Robot Records.

Brandon Fields has spent the last several years touring as a solo artist. He is also the lead guitarist in Detroit, Michigan based band Whiskey A Go Go.

Todd Kerns has served as the bassist in Slash ft. Myles Kennedy & The Conspirators since 2010. Kerns was also a part of Canadian rock group Age of Electric and currently serves as the singer/guitarist in the Canadian band Toque. Jeremy Asbrock is currently the guitarist in former Kiss guitarist Ace Frehley’s solo band. Before this, Asbrock was in Gene Simmons’ solo band as well.

Matt Starr has been a staple in Ace Frehley’s solo band for the last decade while also playing with the supergroup Mr. Big.