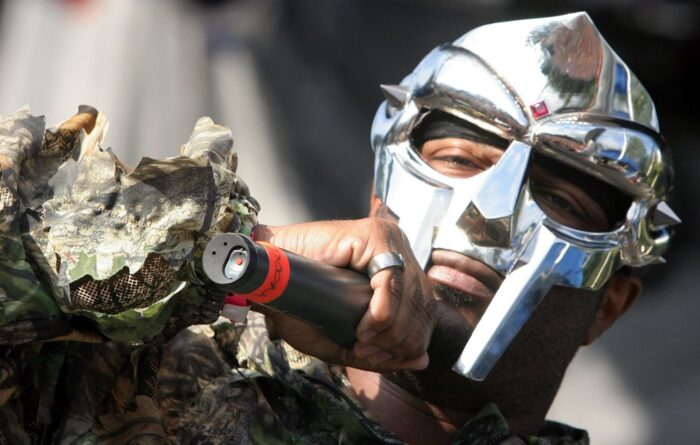 With his distinctive marvel comics mysterious masked image and smoky raps MF Doom cut a distinctive presence on the music world. His death at the age of 49 was the culmination of a tragic life that had seen him lose his son but leave behind an extraordinary musical legacy that was laced with his smoky cool technique.

Born Daniel Dumile on January 9th 1971 in London he had moved to later of Long Island, New York, and bust up a career with his rap gladiator image based on Marvel Comics’ big bad Doctor Victor Von Doom. There is no doubt that he is a game changer in the form underlined by his run of four classic game changing albums in two years (2003’s ‘Take Me To Your Leader’ and ‘Vaudeville Villain’ and 2004’s ‘Venomous Villain’ and ‘Mm…Food’)