As the future of live music starts to look hopeful again, the mighty Meshuggah have just announced a UK and European tour with Zeal & Ardor.

This awesome bill will be hitting the road in November and December next year, taking on a mammoth run of venues in Vienna, Munich, Lyon, Wiesbaden, Tilburg, Esch, Lille, Paris, Milan, Zurich, Leipzig, Oberhausen, Bristol, Glasgow, Manchester, Nottingham, Brussels, Berlin and Hamburg. On top of that, the headliners have also announced a very special 2022 show at London’s beautiful Royal Albert Hall in the summer.

Potentially, Meshuggah might have new music in time for this run. The band are currently working on the follow-up to The Violent Sleep Of Reason, with guitarist Mårten Hagström explaining of their writing process last year: ​“I’m up North in the sticks. So I sit at home and I’m working on my shit. So we send it back and forth, and then I go to Stockholm and we compare stuff to each other. It’s early going still. Every process is kind of its own process and you never know where it’s gonna go.” 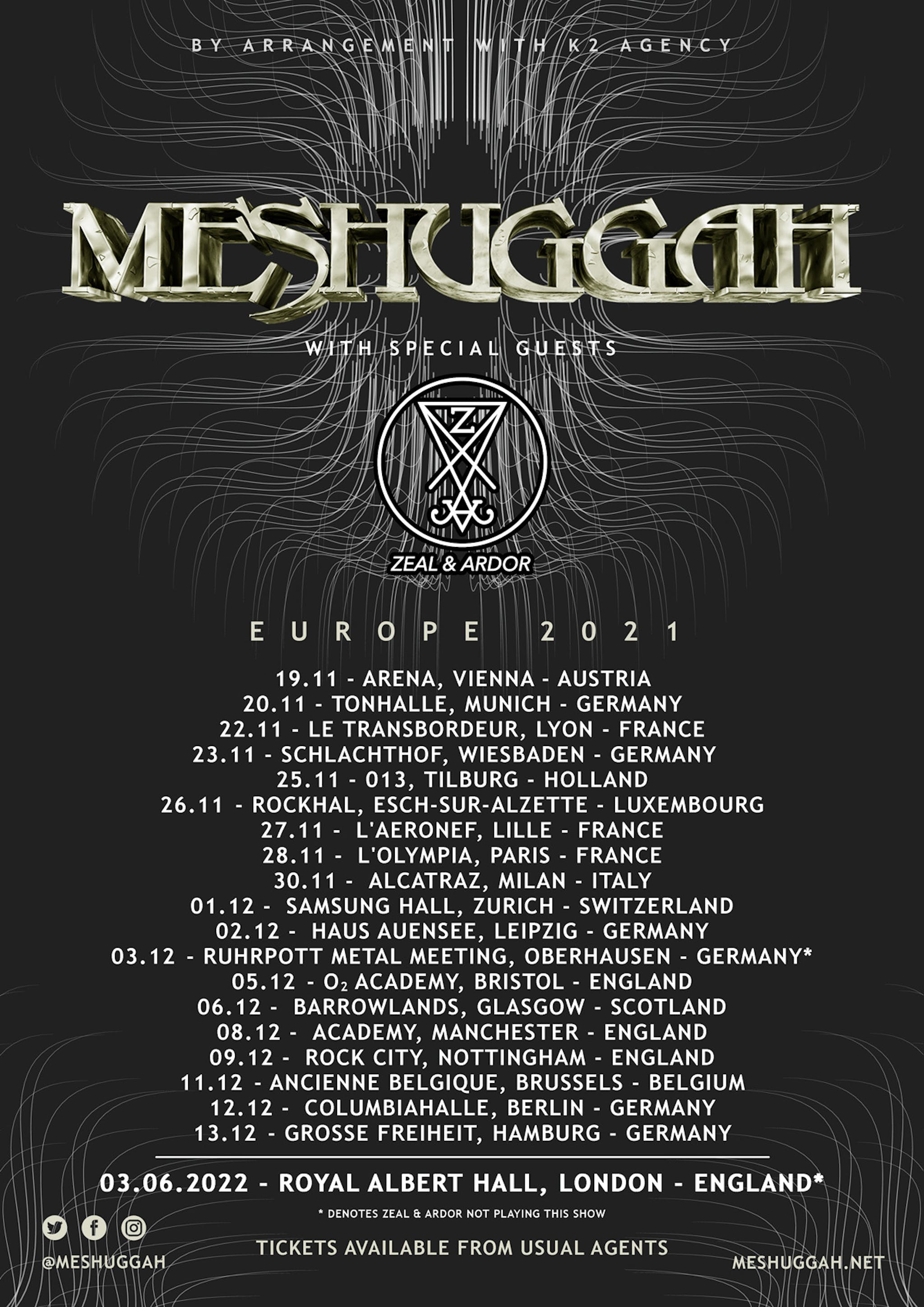 Read this: 10 bands no-one expected to be so influential today