The Manic Street Preachers have hinted at a new album on their instagram account. With a list of potential song titles and ideas they have tantalisingly teased a new release they are working on…some great titles on here! Album 14 on its way… 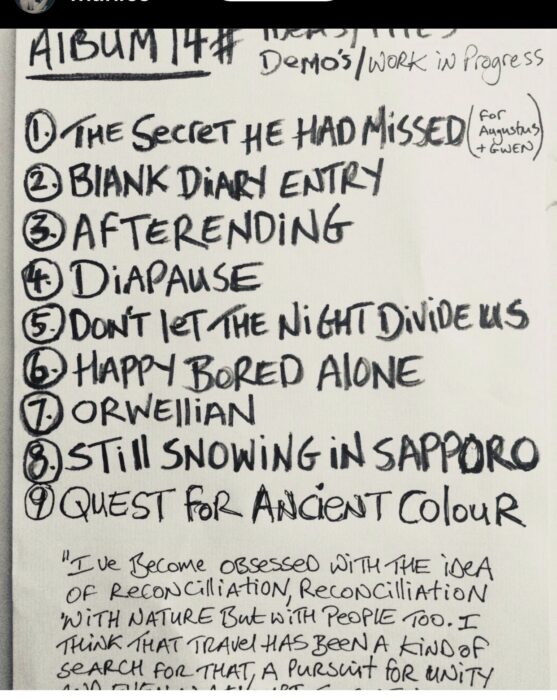