A brief teaser of Hotel Diablo reads: ​“Between Heaven and Hell lies a waystation for the soul – a place where your deeds in life are the keys to your eternity in the afterlife – at the Hotel Diablo. And it’s Lidia Lopez’s first night behind the front desk. Every guest has a story to tell and a lesson to learn…”

Of this new endeavour, Z2 publisher Josh Frankel enthuses that Machine Gun Kelly ​“is a true comic book fan and brings his lyrical gifts to the printed page with a true sensibility and genuine love of the medium to back it up. Not only that, we were able to marry him with a creative team that will help translate the vision of the album into a collection of stories that will universally satisfy his fans and comics readers alike.”

Co-writer Eliot Rahal adds, ​“This project has me feeling incredibly lucky. Colson is an incredibly intense and passionate artist. It’s the kind of energy I respond to. He’s someone who wants to do something special, and as a result we have. Z2’s editorial department has assembled together with an incredible array of artists to work with. Creators whose works I’ve respected for a long time. And last… I get to work with Ryan Cady. Not only is he an incredible writer, but also one of my greatest friends. And really… that’s one of the biggest blessings of this entire process – don’t tell him I said that, though.”

“Horror anthologies are like catnip for me, so when Colson presented the Hotel Diablo concept to us, I couldn’t help but latch on,” continues co-writer Ryan Cady. ​“And a chance to work with Eliot Rahal and a team of all-star artists? The raw intensity of the album, this idea of a vacation to visit the darkest corner of your soul – hell yeah, y’all, sign me up.”

MGK’s Hotel Diablo graphic novel will be released in a standard softcover edition in comic shops and bookstores July 2021, as well as special deluxe and super deluxe editions available through the Z2 website – also including a special exclusive vinyl edition of the album. Pre-order it now. 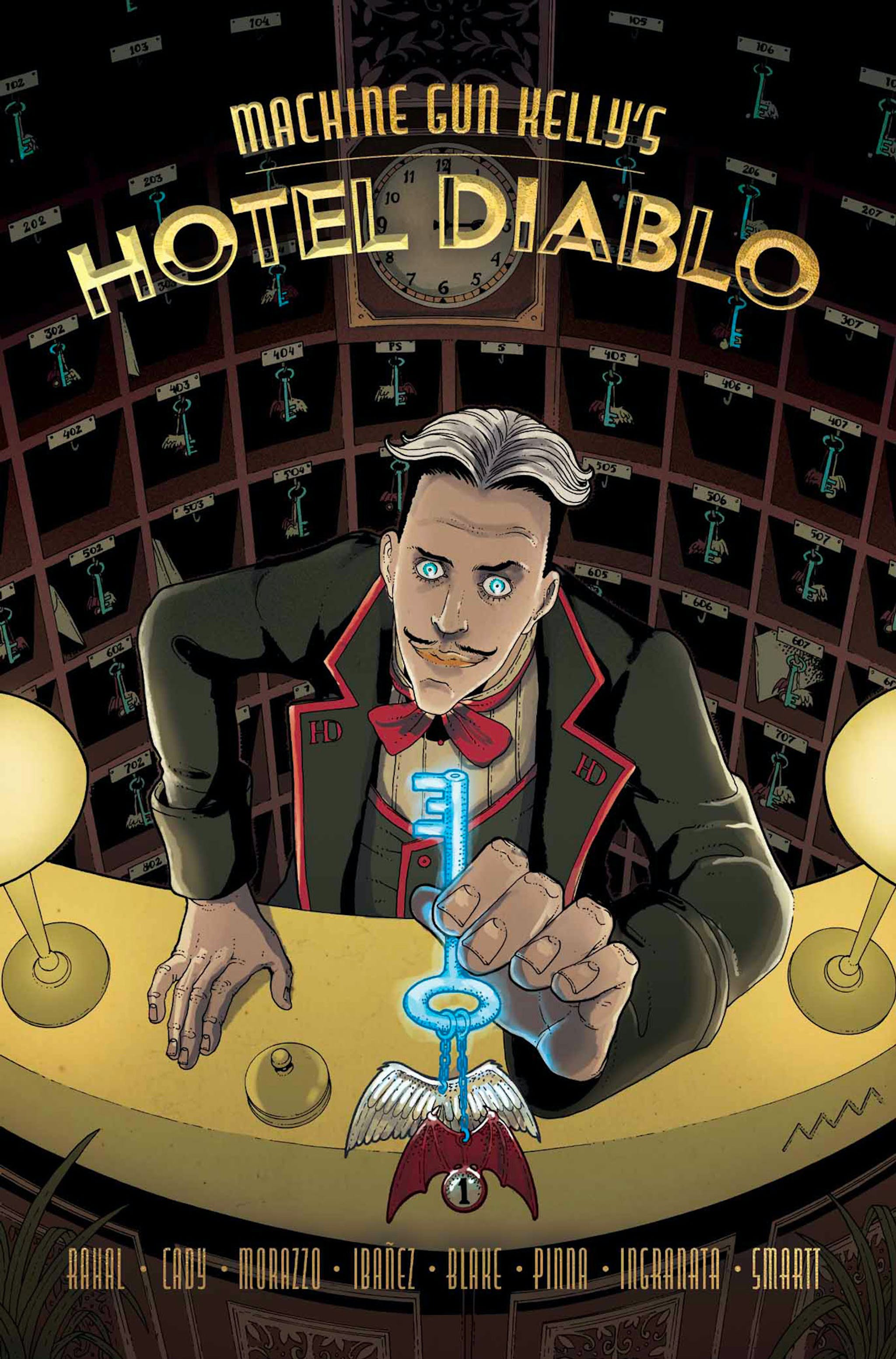 Read this: 11 bands and artists who wouldn’t be here without Nirvana