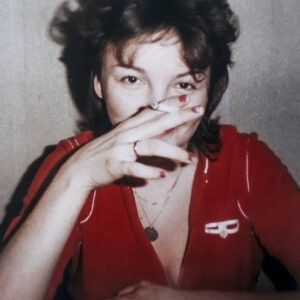 I first heard Lucky Malice a few years back on their split LP with Dangerman and was an instant convert.  When I finally got to see them live in February (their first trip to these shores) they stole the show at an all day gig with some serious competition. And, whilst blasting out some great tunes, it was clear they were having a REALLY good time. Magnetic manages to capture that energy and enthusiasm.

From the outset this album grabs you. Pounding drums, a chunky roving bass and overdriven guitar provide the upbeat momentum. Lucky Malice keep it simple – you get crisp guitar breaks that skip around the fretboard rather than bloated solos. The vocals that chop and change between members frequently converge into harmonies, which makes for an uplifting sound.  At times Lucky Malice verge on the sort of well crafted indie pop that hit the mainstream in the 90s.

The way Lucky Malice combine a fast hardcore punk sound with melodic basslines and switch between shouty singing and full on harmonised vocals puts them in the same field as US trio Harum Scarum. I only give that comparison as something to point you in the right direction. Lucky Malice have an instantly identifiable sound of their own.

There does seem to be a special tightness to three piece bands where the words are pulled into the music and vice versa. The words have to fit with the music or it makes it too damn difficult.

The album is a melodic riot grrrl journey about fighting nazis and the patriarchy, sexism and sexual violence, while celebrating unity, love and friendship.

The songs on Magnetic are a mix of personal and political but always poetic – some in English, some in Norwegian. With the combination of anger, purpose and melody, listening to Magnetic is akin to rioting on a sunny day with a huge smile on your face.

In Resistance “We’re still marching with fists held high, shouting out our discontent in anger.” For a song about fighting for rights, rhyming Resistance with sisters was a genius move. In Revolt they project the strength of solidarity “I’m standing with you pushing them down. Revolting. No nazi scum in our streets.”  The overall message is fairly well summed up in the song Time For Change “Time for change, now we need to stand closer. You don’t have to be alone in this eternal fight.” A great message from an uplifting, upbeat punk album.

Magnetic is released on Lucky Malice’s own label Tonehjulet Kräftpest in cooperation with the Spanish label H-Records. Currently available via bandcamp but 12″ vinyl is due soon.