Loathe take us inside their universe-expanding new album, The Things They Believe

When Kerrang! sat down with fast-rising metal collective Loathe at the tail-end of a turbulent 2020, the band identified three lingering feelings from the year during which they managed to break through while the whole world was in stasis.

There was frustration, obviously, at not being able to strike in the live arena while the twisted metal of second album I Let It In And It Took Everything was still hot. There was a sense of clear-minded gratitude, with enough perspective on their minor inconveniences – compared to those whose lives had truly been upended by the COVID-19 crisis – to be thankful. More than anything, though, there was a sense of growth – personally and as a collective – which had brought into focus their deep-set goals, while galvanising their motivations to go out there and make them happen.

Arriving 12 months to the day since I Let It In… first dropped, surprise ambient-instrumental album The Things They Believe feels like a potent crystallisation of all those feelings. With song titles like The Year Everything And Nothing Happened and Perpetual Sunday Evening, it’s not hard to see these as compositions steered by the stagnancy and isolation of lockdown. In presenting the record as a surprise release for fans, and locating it still firmly within the broader world of I Let It In…, there is an obvious appreciation for the music and supporters who have made them one of the most talked-about bands in heavy music. In the daringly textured and intricately detailed structures of the songs, there is a strident artistic growth, both in the sounds themselves and in the willingness to take such risks at this early point in their career – asking from total commitment from their listeners, and allowing frontman Kadeem France to take a back seat.

We sit down with St Helens-based guitarist Erik Bickerstaffe and bassist/resident Welshman Feisal El-Khazragi (conducting their Zoom calls in front of co-ordinated red crushed-fabric backdrops) to understand how The Things They Believe fits into Loathe’s grand plan to transcend heavy music, and expand their universe as an ever-evolving landscape from which fans can escape the drudgery of the everyday…

One one level, The Things They Believe feels like it’s come out of leftfield but, on another, it’s an expansion of those ambient elements that have been increasingly prominent in Loathe’s sound for years now. How far back do these songs go?
Feisal: ​“We’ve always been into ambient music. When we hit lockdown, and there was that pressure to do something different, we weren’t really fans of what other bands were doing in terms of livestreams and all that. I guess what fans would’ve expected would be a ​‘regular album’. We thought it would be cool to do something more unexpected, while also tapping into that element of ambient sound that’s already baked into the band.”
Erik: ​“The idea has been around for ages. It’s kind of a mix-and-match of ideas amassed over a long period of time. Some elements were taken from sessions for I Let It In… Some ideas originated ages ago.”

In our last interview, Kadeem mentioned that lockdown had a transformational effect on you as artists. Is this emblematic of that?
Feisal: ​“Throughout lockdown, we all experienced what can only be described as extreme personality changes or periods of self-discovery. We’ve all been quite separated from each other, with me down here in Wales, Erik in St Helens, Connor being stranded in Belgium at this point, while only Kadeem and Sean actually live in central Liverpool. We had begun to find the comfort in ambient music, meditation and that kind of stuff. We wanted to create a similar soundscape to live within the universe of Loathe and the world of I Let It In… It’s just another place that you can go.”

Is there an enthusiasm not to draw a line under the I Let It In… era just yet?
Erik: ​“Definitely.”
Feisal: ​“The thing is that, thus far, we’ve never had the opportunity to properly tour that record. This album was born while we were still processing the creative process of I Let It In… – something that was very turbulent, in a good way – with the [vibe] of I Let It In… still lingering.”

What exactly are ​‘The Things They Believe’?
Erik: ​“We just really like the phrase. It first stood out to us when we were watching [2007 vampire thriller] 30 Days Of Night. It struck a chord with us. The last album was an observation of people generally, how they work, and the relationships that exist between them, and this is an extension of that.”
Feisal: ​“With not having any lyrics attached, it’s very much about allowing it to spark the listener’s own interpretation of what they feel it might mean.” 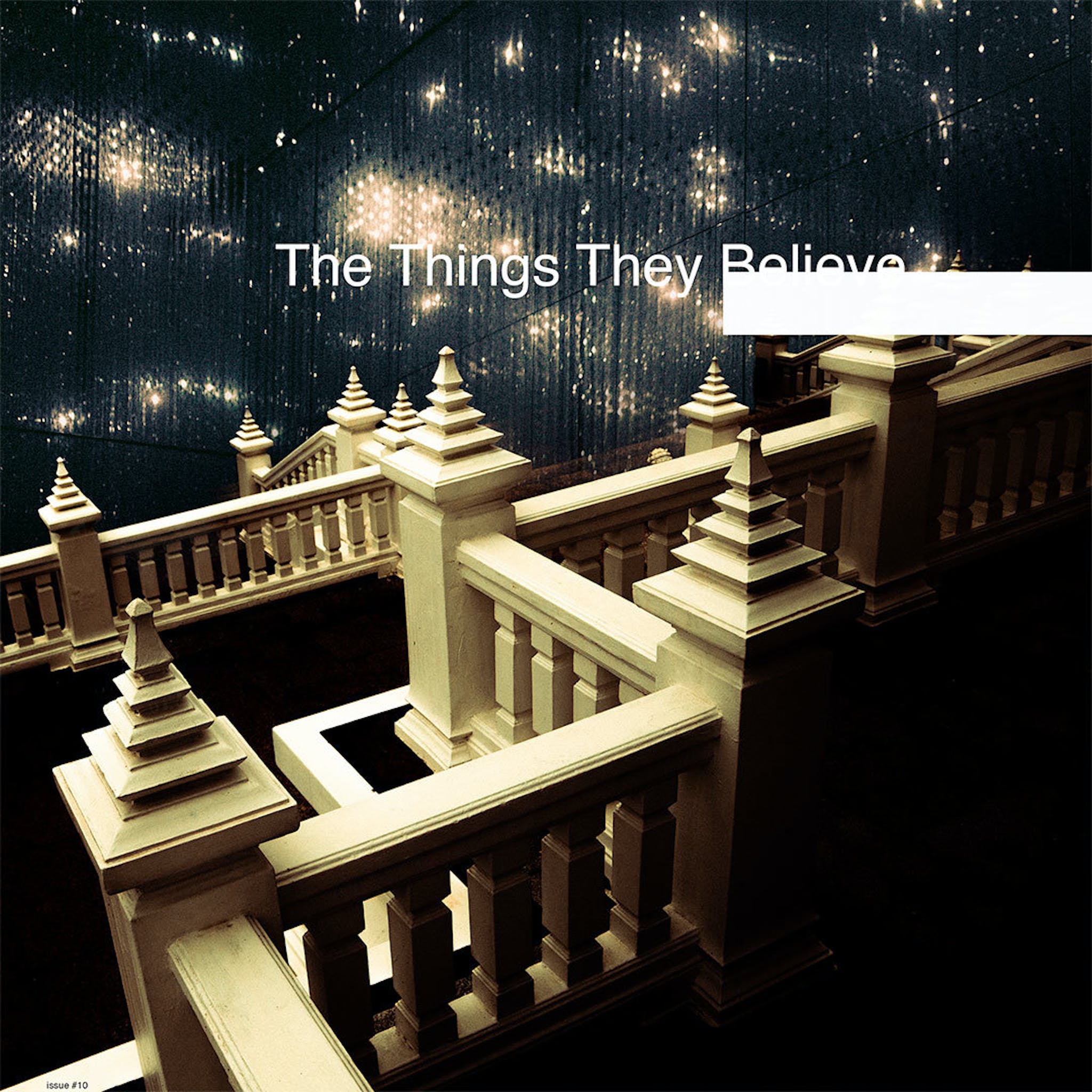 What have been the logistics of putting together a record this complex over lockdown?
Erik: ​“It was a mixture of everything. We’ve done ​‘writing remotely’ before, but we’ve never really dedicated this amount of time or finalised a record while doing it. We did what we could. When Feisal could come down, he would. Other times, we were just bouncing files back and forth.”

How did that contrast with that more arduous process for I Let It In…?
Feisal: ​“As I mentioned before, this felt like the dust settling after that process. Erik, would you say it was easier this time round?”
Erik: ​“It was a smoother process. I wouldn’t necessarily say it was any more or less enjoyable, though. We put the same amount of effort and thought into the construction of the record, but it was very different. I kind of think that every record that we do will be different as different things happen to us.”

As the acknowledged vocalist, what was Kadeem doing the whole time?
Erik: ​“He did a lot, actually. He’s actually sitting beside me right now…”

Kadeem: ​“This album is so different to anything we’ve done before and I knew that the [ambient, instrumental] side of things was more the forte of Erik and Feisal, so I was happy to take a back seat and just let them do their thing. I knew and trusted in their abilities. As a band, we’re all on the same level when it comes to making our music. I definitely had some input, though. The track title The Year When Everything And Nothing Happened came from me.”
Erik: ​“You tweeted it before the album even came out (laughs). But seriously, everything that we do is always run past every single member of the band so that we’re all in agreement that it works and it’s what’s best for Loathe.”

You did reach outside the boundaries of the band this time, though, in your striking collaboration with The 1975’s saxophonist John Waugh.
Feisal: ​“The 1975 are basically my favourite band of all time. Our friend Ronnie was doing sound on the Stray From The Path tour we played over a year ago now – December 2019 – and he’d told us that he knew John. I told Erik and he told me to go and try to get John on this record, though we didn’t think it would really happen. The next time I spoke to Erik about it was when I came up from Cardiff and had this email chain with John saying he would do it. He just sent back one part for three different tunes. We didn’t even have to ask him to change anything. I cannot stress enough how phenomenal he is.”

With song titles like The Year Everything And Nothing Happened and Perpetual Sunday Evening, 2020 has definitely left its mark. Is this very much a ​‘lockdown’ album?
Erik: ​“I’d rather think of it as an escape. We like to think that we’re giving it as a gift to the fans. We had a great deal of pleasure in making it and taking our minds off everything that’s going on in the world. We wanted to pass that on to everyone else as well.”
Feisal: ​“Like we said, an album like this was always going to happen.”
Erik: ​“It’s maybe just that now was the perfect time.”

It feels well-suited to people listening alone at home, too: an extraordinarily dense, subtly layered piece of work. Was it an opportunity to reach isolated individuals with a ​‘headphones album’ in lieu of the sweat and chaos of live performances?
Erik: ​“I guess so, yeah, though we didn’t think about it that specifically. We love to conjure an emotional response from the people who listen to our music. We always get a rush from listening to music ourselves. That sort of soundtrack music adds a level of otherworldly escape to what you can get with traditional band music. It’s [about] those layers and connections – the things that help construct a journey for the listener.”
Feisal: ​“We’re inspired by bands like Radiohead where you’ve got [singer] Thom Yorke and [multi-instrumentalist] Jonny Greenwood going off to score films in their time away from the band. We would love to be able to do that one day, too.” 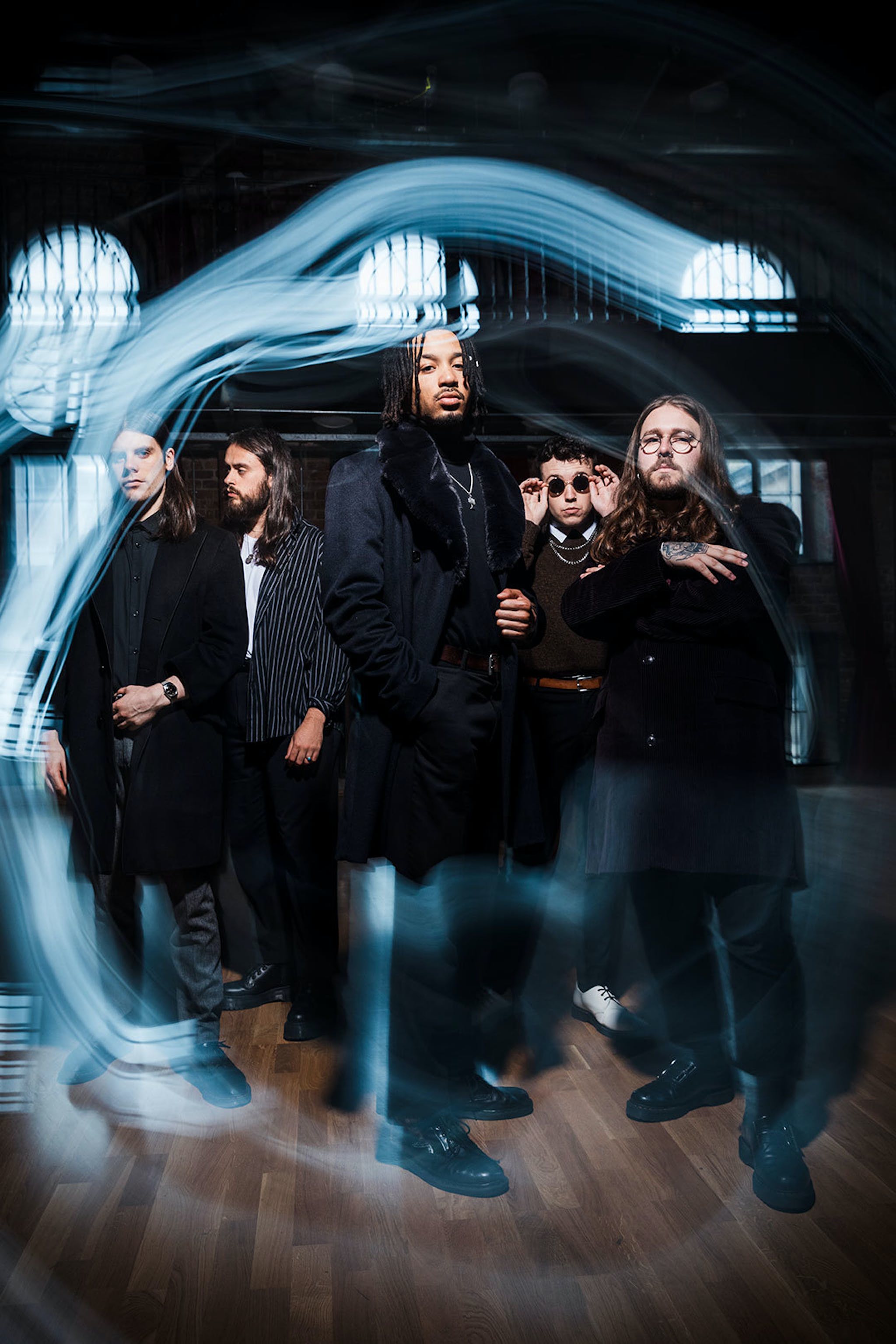 Feisal, you’ve clearly had a substantial influence on this record. As the newest member of Loathe, did you ever imagine that the band would get to this place so quickly?
Feisal: ​“A lot of bands like to play into the pigeonhole and worry about whether the stuff they’re doing fits. Although we’re still early in our careers, we think that this sets a precedent that people shouldn’t make presumptions about anything Loathe do. It’s about taking on that pressure now, rather than having to worry about trying something outside the box years from now; having that freedom to do what we want down the line without worrying about upsetting fans who’ve grown to expect something else.”

Will these songs slot into the Loathe live set? Is there perhaps even the possibility for a The Things They Believe tour when life comes back up to speed?
Erik: ​“We’ve always been keen on playing shows that showcase the different elements of our band. An album tour would definitely be something that we’re interested in. It just depends on how much the fans like the album. Aside from that, these songs will definitely be included in our regular set. For us, these are as much ​‘real songs’ as Gored or New Faces In The Dark.”

Given that we’re still in lockdown, are there any potential for further expansions on the I Let It In… era?
Erik: ​“Until the time is right to put an end to this period, there will always be the possibility for more releases or extensions to this era of the band. We’re not actively trying to put anything else together right now, but there’s always that possibility to try new things.”

Finally, looking further ahead, how indicative are these strange sounds of the future of Loathe?
Erik: ​“I guess we’ll see. It definitely feels like we’re onto something, though. It feels crazy. It feels cool. I’m excited. But there’ll always be that space to get heavy, too…”

The Things They Believe is out now via SharpTone Records.