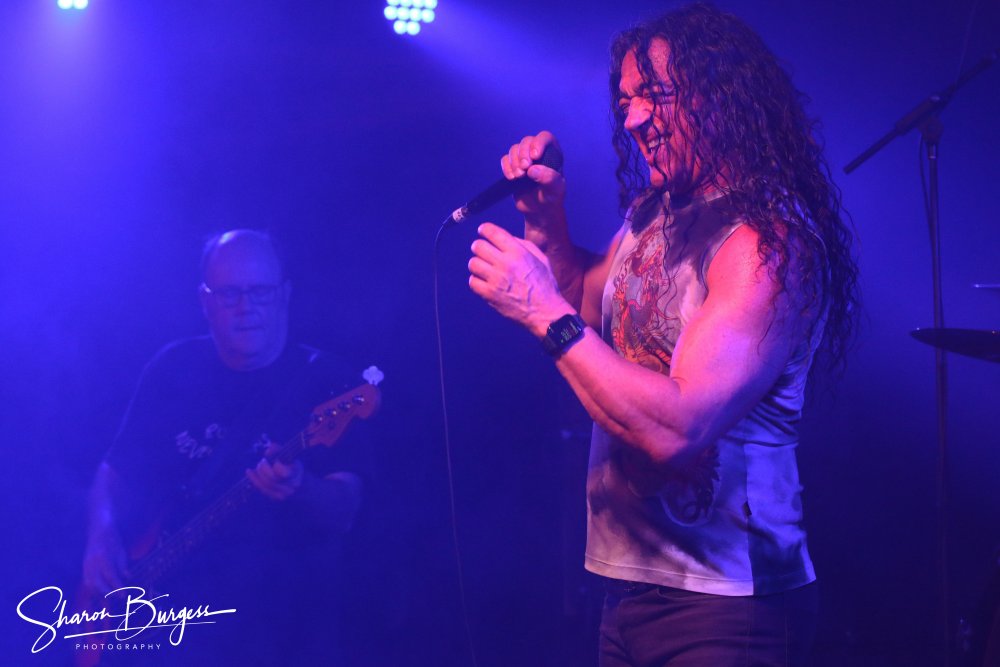 As music starts to cross our borders once again here in Australia, The Zep Boys made the welcomed trip across from South Australia to become one of the first, if not the first interstate band to enter & play in WA on Friday night.  Boasting a new line-up, The Zep Boys smashed there way through a catalogue of classic rock to highlight the enormous legacy that was left to us by the legendary Led Zeppelin.

Freo.Social was the setting for the first of two nights and its easy to see why the venue is fast becoming one of the go-to places for bands & audience alike, with its unbroken vantage points, large full-width bar, impressive lighting set up & crisp clear sound all completing the experience.

Front man Vince Contarino, who has led the Zep Boys for over thirty five years now,  has returned the band to its pub rock roots after countless successful symphony tours, the last of which saw the band accompanied by a forty-piece Perth orchestra at Crown Theatre back in 2019.  Striped back & raw is how Vince likes to describe the four-piece and a solid crowd of over three hundred heard & saw exactly what he meant during a show which lasted of two and a quarter hours.  Encouraging the distant crowd to the front of the room was Contarino’s first task and one which didn’t take long to complete as the likable, effervescent singer laughed and smiled as he proclaimed, “No, no, no!  Not at my gig!” before enticing the gathered throng forward… and then we were off.

The all too familiar snare drum start to ‘Rock n Roll’ filled the room as returning drummer Danny Leo kicked thinks off, backed in a tight rythmn section by bass player Stuart Day.  ‘Celebration Day’, ‘The Song Remains the Same’ & ‘The Ocean’ were greeted with huge applause as the diverse crowd soaked up the sounds of a gone by era.  Fantastic lighting combined with the energy filled room made the sounds of Zep even more entrancing as the band continued with ‘Over the Hills & Far Away’.  ‘Nobody’s Fault But Mine’ & ‘Ramble On’ highlighted just how good Contarino sounds after all these years, and at times you could close your eyes and think Plant himself was stood before you.  ‘Ten Years Gone’ & ‘Bring It On Home’ continued to build on the solid set before we got to see just what else drummer Leo could produce, and produce he did for the spell-binding extended drum solo for ‘Moby Dick’ which left the room agog. 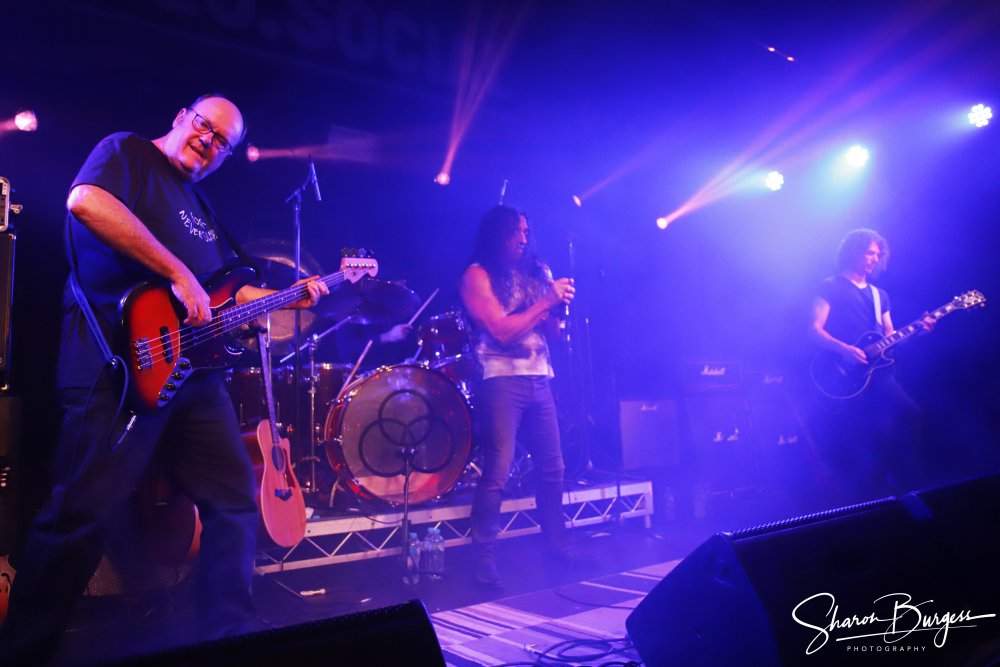 The mid-set acoustic break was equally impressive, as new Zep Boys guitarist Jack Stevenson dueled with Contarino on their six strings with Day joining the pair on mandolin, as the trio picked & played there way through ‘Going to California’, ‘Black Country Woman’ & the wonderful ‘Bron-Y-Aur Stomp’ taken from the 1970 album Led Zeppelin III, with Vince encouraging the crowd to clap along at every opportunity.

‘Dazed and Confused’ proved to be another huge crowd favorite with Stevenson pulling out all the stops with the violin bow solo before one of the biggest cheers of the night erupted as the all too familiar opening notes of ‘Stairway to Heaven’ filled the air – and what a rendition it was too.  After the gentle start, the band descended into sheer raw rock n’ roll power as Stevenson tore through the now legendary Jimmy Page solo with utter precision to leave the crowd gapping in awe.  ‘Immigrant Song’ & ‘Heart Breaker’ continued the onslaught before the set finished with the timeless ‘Black Dog’.

But we weren’t to leave to the disappointment of only enjoying a mere eighteen songs, oh no!  The ever youthful Vince Contarino hadn’t quite finished with us yet he and the band returned for a two song encore featuring ‘The Rover’ and ‘Whole Lotta Love’ which sent the crowd into a wild frenzy, squeezing the very last bit of energy they might have had left in their bodies.

A huge thank you must go to Starr Special Events, who after having to delay this show twice previously due to lockdowns, border closures & the pandemic continued to persevere in getting the Zep Boys over the border to play these shows.  And as long as we, the music lovers & fans continue to support promoters like them, we should be back up to full speed very soon indeed.  Here’s to many more.

The Zep Boys make the short journey up to Perth to play the iconic Charles Hotel on Saturday 13 March with tickets available through TicketMaster.