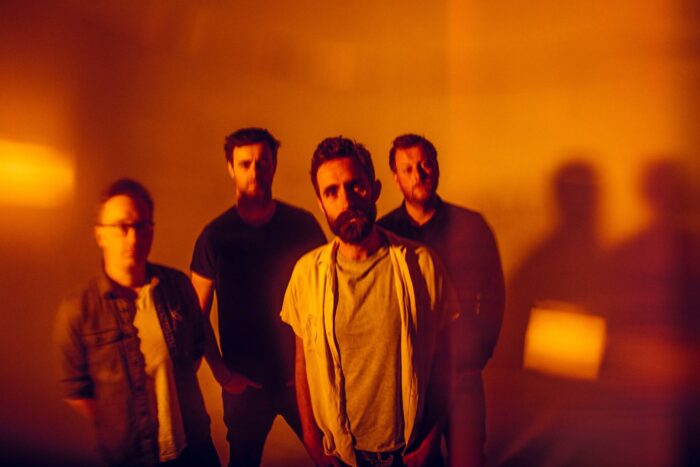 Listen To This! Deathretro emerge from the wilderness with a genuinely exciting debut single and an album 16 years in the making.

Initially formed in Cumbria sometime around 2005, it could be argued that Deathretro are the country’s best kept musical secret. The band plays snarling electro-rock infused with cryptic lyrics and a healthy dose of post-punk spirit. The songs have been locked away in a digital vault for years but will finally see the light of day in the form of a long, long overdue debut album in August. In the meantime, Edge Of Nothing serves as a rather brilliant introduction to the band. Propelled by tense rhythms, sinister synths and distinctly dangerous undercurrents. Oh and plenty of riffs too!

“Well, hell kid I know that money’s tight right now/ you don’t know the situation I’m in” sings wired vocalist Kieran Harris before adding, “but this could be the start of something!” It’s that mixture of anxiety and excitement that makes Edge Of Nothing an ideal anti-anthem for summer 2021. If you’re ready to step over the edge and into the great unknown then give the track a listen. If all this wasn’t enough there’s also a pulsing, dancefloor-ready remix by Hexagons to enjoy. Resurrected and ready to rock, Deathretro prove that you just can’t keep a good band down.

You can listen to the single on various streaming services HERE.

The post Listen To This! Deathretro release blistering single ahead of debut album appeared first on Louder Than War.