Listen to this! Clap Your Hands Say Yeah share new single Where They Perform Miracles 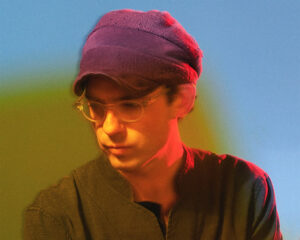 Clap Yours Hands Say Yeah share another single from their new album New Fragility due out in February 2021.

Where They Perform Miracles showcases Alec Ounsworth’s intimate, affecting songwriting that he has always excelled at right from their acclaimed debut album.

“Most of these rituals are meant to wake you up physically and emotionally,” says Ounsworth regarding the subject matter of Where They Perform Miracles. “A lot of it seems over the top, but people need that to burn something into their minds.”

Ounsworth will also be live-streaming a solo performance, via new platform Bandcamp Live, on January 29, 2021 at 8pm EST. The stripped-down performance will feature many of the songs on New Fragility for the first time in public, plus some full-catalogue classics. In many ways, the title New Fragility perfectly sums up our collective state of unease and anxiety, but it’s particularly apt for Ounsworth and the trauma he’s spent the best part of three years processing.

“It’s pretty personal,” notes Ounsworth. “It’s about what I think we’re all experiencing at the moment, certainly here in the United States anyway – trying to move forward amidst an almost cruel uncertainty.”

New Fragility finds Ounsworth asking the questions that haunt us all. Depression, divorce, getting older, and confronting the past are all raked over, as are the early years of Clap Your Hands Say Yeah and the pernicious influence of fame.

New Fragility was produced by Alec Ounsworth, with additional production from Will Johnson.

A European tour has been announced for Autumn 2021. Dates are:

The post Listen to this! Clap Your Hands Say Yeah share new single Where They Perform Miracles appeared first on Louder Than War.