They teased it earlier this week, but today comes the official announcement that Liquid Tension Experiment, the legendary supergroup of Mike Portnoy (Transatlantic, Sons of Apollo), John Petrucci (Dream Theater), Jordan Rudess (Dream Theater), and Tony Levin (King Crimson, Peter Gabriel) are going to release a new album in Spring of 2021.  The group has signed with InsideOutMusic for the release of their 3rd album set to be released 22 years after the bands’ last studio album.

“What happens, when you put four of the most talented musicians on the planet in one room? LTE. We all have been waiting for this album to happen for a very long time and it makes us very proud to be releasing this album. This one is for the fans!” – Thomas Waber, InsideOutMusic Label Manager

“We’ve all known Thomas Waber for a very long time and Jordan and I recently discovered how great it was to finally get to work together when Dream Theater joined the Inside Out family a few years ago. There really is no better home for LTE and we all look forward to doing great things together!” – John Petrucci

“Myself, and John, have known Thomas Waber since we met on the very first Dream Theater European tour in 1993…since then I have worked with him and Inside Out for the past 20 years with Transatlantic, The Neal Morse Band and Sons Of Apollo. When LTE finally reunited this summer, we knew there was no other label that we could call home” – Mike Portnoy

The band have released a new teaser trailer, created by Christian Rios, which you can see here:

In 1997, Mike Portnoy, John Petrucci, Jordan Rudess, and Tony Levin, joined forces to create Liquid Tension Experiment. The foursome would release their iconic, self-titled debut album in 1998 and the dazzling follow-up, LTE2 in 1999, creating a dynamic, frantic, and inventive sound all their own. The incredible creativity between the collective would prompt Petrucci and Portnoy to invite Rudess to join Dream Theater, effectively marking the end of this side project.  However, since that time, there have been few reunions more in demand. Now, with the world in lockdown and calendars unexpectedly aligned, the inconceivable has finally happened… a new Liquid Tension Experiment album.

Earlier this week, the Tony, Mike, Jordan, and John teased separate profile images on their social media pages with masks labeled with L-T-E-3 covering their respective faces.  This was followed by the full band image on the band’s socials. 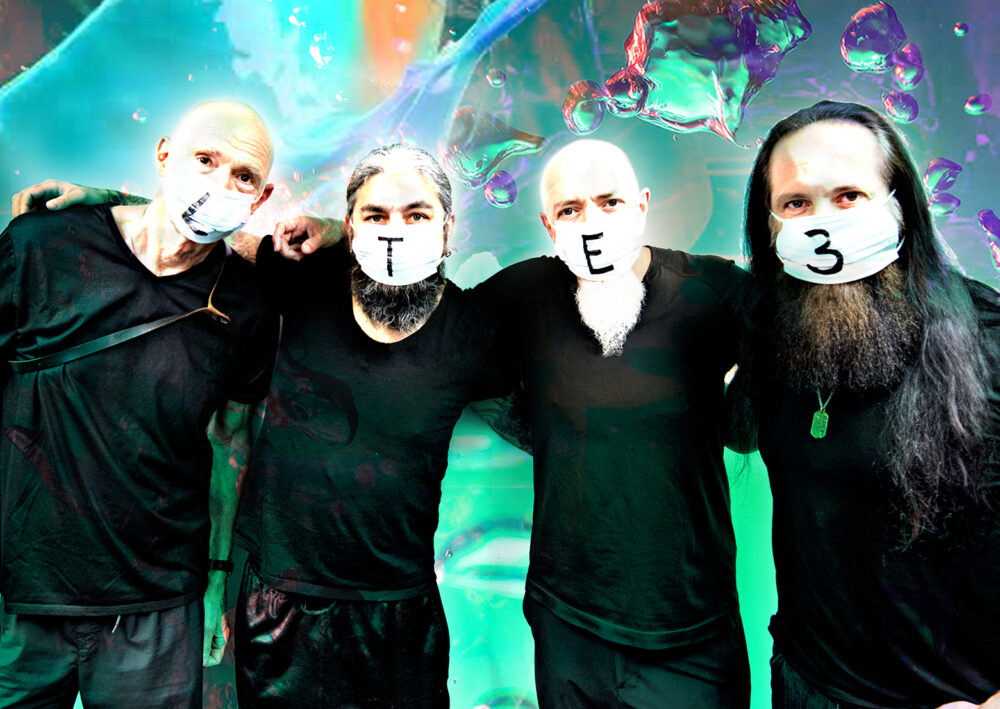 Stay tuned for more information in 2021!

The post Liquid Tension Experiment to release new album in 2021 on InsideOutMusic appeared first on The Prog Report.