Skip to content
A spoken-word performance by late DEFTONES bassist Chi Cheng will be released in January 2021. Titled “The Head Up Project”, the limited-edition 24-track album was recorded at the Paris Cafe in Sacramento, California in January 2001 and can be pre-ordered at this location.

Chi passed away on in April 2013 following complications from a 2008 car accident that left him in a semi-comatose state. He was 42.

According to The Pulse Of Radio, Cheng was riding in a car driven by his sister Mae that flipped three times after a collision with another vehicle on a road in Santa Clara, California. Cheng was not wearing a seat belt and was ejected from the car.

He underwent surgery to remove part of his brain after the accident, although he was strong enough to come off life support seven months later.

Although Cheng never recovered full consciousness after his accident, he was gradually able to emerge for brief periods of time from his coma and see and hear things happening around him, although he could not respond verbally.

Cheng was also in and out of hospitals for various infections over the last four years of his life, as his family struggled with mounting medical bills. Cheng was dropped by his insurance company just months after his accident.

DEFTONES and other acts held benefit concerts to raise money for Cheng‘s medical bills, and DEFTONES continued to donate money from the band’s own tours as well. 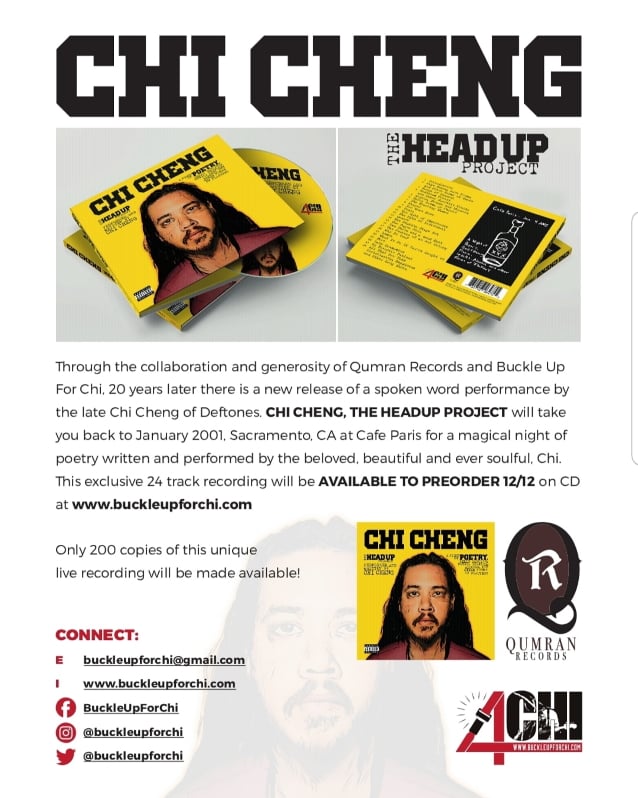