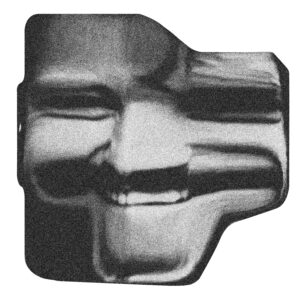 Yet Another Kito Jempere Album

When Kirill Sergeev records an album under his artist moniker, Kito Jempere, he invariably embraces collaboration, calling upon a rotating cast of musicians. The St Petersburg native’s new album – his third LP to date – is the polymath’s boldest example of that yet: 20 artists, many in different time zones from each other, were at Sergeev’s disposal, as he assembled a tasteful collage of aesthetics.

One strength we find from the get-go is his use of intertextuality. Featuring fragments from Soviet weather forecast programs and soundtracks from 60’s films, the opening composition, A King of Comets, has a transcendental impact with space-y synths and machine-like beats. The track was produced in collaboration with pioneers of Russian electronic music, New Composers. Hence, the wistful feeling a middle-aged Russian-speaking listener might experience while recognizing the articulation of a familiar TV presenter.

With its jigsaw-like quality, the record connects musical pieces of seemingly incompatible shapes. The third track is infused with fragments of what sounds like New Orleans jazz overlaying synth arpeggio with a cyberpunk overtone. The overall futuristic mood does not distract from musical references, varying from Kid A-esque IDM to ambient and experimental house akin to Estonian legendary producer Ajukaja.

Musically diverse and adventurous, Yet Another Jemper Album connotes an unrestrained creative world where the internet facilitates prolific collaboration. Evoking the ethereal synth-pop of Charlotte Gainsbourg, Et Que Je Dorme features Francophone vocals recorded on a smartphone. Further developing the “information society” theme, WSL has Rich Thair, the drummer of Red Snapper, on board. His thumping and delicate rhythmic pattern seems in equilibrium with the off-beat monologue of a reluctant and ironic speaker from the Wall Street interview. “How do I feel about being a member of the information society? That’s a difficult question because I didn’t know we were in the information society”. Kito Jempere’s record gives a witty answer to that.