The new 3.75″ ReAction figure is based on MERCYFUL FATE‘s 1982 mini-tour of Europe, with King Diamond‘s stage costume, famous make-up and awesome gloves. It is scheduled to begin shipping later this month.

Super7 is the premier pop-culture design house and producer of lifestyle-oriented collectibles, toys and apparel based in San Francisco. Led by designer Brian Flynn, Super7 has harnessed the graphics, aesthetics and energy of his youthful obsession with science fiction, giant monsters, comic books, punk rock, skateboarding, robots and rebellion to build a unique and innovative business that crosses all categories and is not bound by traditional manufacturing boundaries. Besides its own branded products, Super7 has also designed, manufactured, and distributed officially licensed programs for “Star Wars”, “Masters Of The Universe”, the original “Alien” and “Planet Of The Apes” movies, as well as for music legends IRON MAIDEN, MISFITS and Lemmy.

Super7 actually started as a side project for Flynn, who also founded Hybrid-Design in 2001. 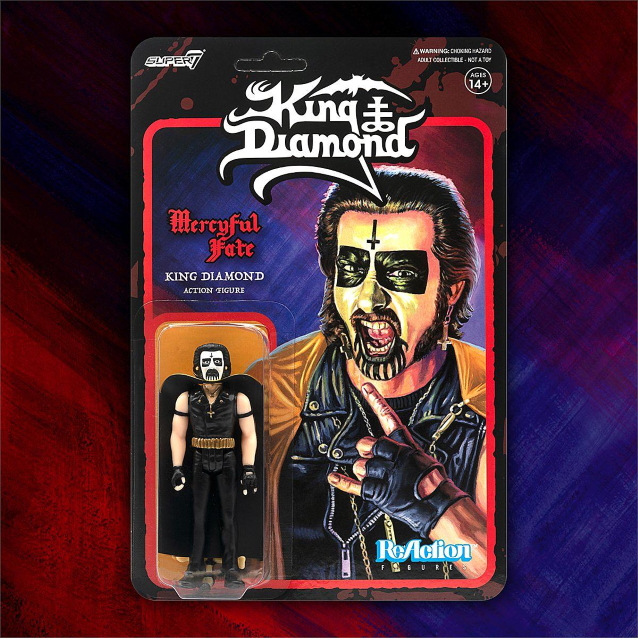