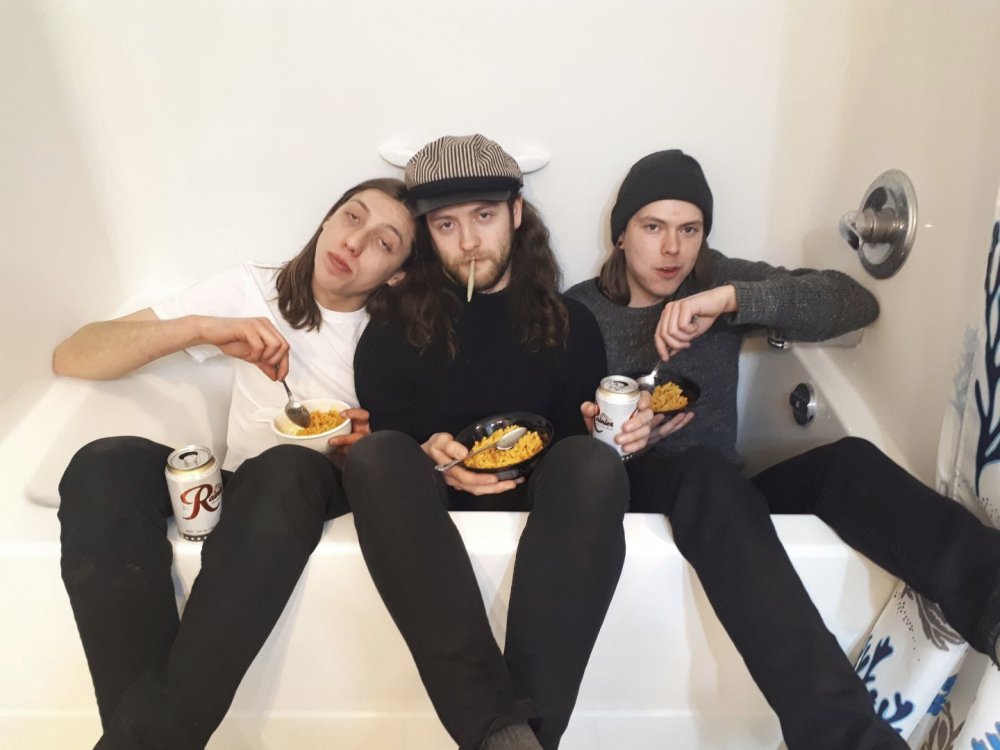 2020 was a big year for burgeoning Canadian punk-tinged rockers King Bull. They released 3 cracking singles in Pay Attention, The Depender and B-Side Baby, they then dropped their long-awaited new EP What Happened Here? in October via Riot Records.

King Bull encompasses 70’s rock and punk with an angsty vibe and some earthy streetwise riffs and powered by a punk-tinged, rock-ignited fuel. Fired up by intricate licks, buzz-cutter guitar tones and uniquely edgy vocals, they cover what is great about rock music.

Now they have released the official video clip for B-Side Baby. B-Side Baby backs up King Bull’s reputation of impressive musicianship and ingenious riff-writing capabilities in a fresh rock hit.

B-Side Baby is a superb track that dives from garage fused punky rock to an incredible Guns N’ Roses styled crescendo. This could be the track that defines King Bull, it is ready made for arenas.

King Bull’s EP What Happened Here? is not a concept record, it was not constructed to achieve some sort of grand vision, nor does it strive to unravel the meaning of life. Instead the record does away with all nonsense and pretentiousness, leaving just five stripped down bangers loaded with real life integrity and grit.

The EP is sonically cohesive throughout, featuring snarling guitars, growling bass, thunderous drums and vocals that sound similar to a jet engine that isn’t working properly. Most of the equipment used during the recording process pre-dates the 1980’s and includes a guitar that’s been snapped in half several times and a bass that’s quite literally survived a house fire.

A closer inspection of the songs reveal direct lyrics backed with enough wit to remind you that there’s still some room for poetry within rock and roll. Before the label “punk rock” existed, there were a bunch of bands that operated with less precision and carried more angst than typical rock and roll bands; bands like the Ramones, MC5, early AC/DC, the Clash, the Who etc. What Happened Here? is right at home when stacked beside music like that.