Skip to content
BUCKCHERRY singer Josh Todd spoke to Rodolfo Roman of “The Roman Show” about the band’s new album, “Hellbound”, which will be released on June 25 via Round Hill Records. The follow-up to 2019’s “Warpaint” was recorded last fall in Nashville, Tennessee with producer and songwriter-for-hire Marti Frederiksen, who has previously collaborated with AEROSMITH, DEF LEPPARD, Jonny Lang and Sheryl Crow, among many others.

Asked how he and his bandmates stayed busy during the coronavirus pandemic, Josh said: “We really had to focus on something creative to get our minds off of it. Because, as you know, living in the United States, there was a lot more than just the pandemic going on. It was chaos. It was the election, COVID, racism, riots — the list goes on. The gun violence — all that kind of stuff.

“Whenever there’s a lot of adversity, this band really writes its best records, I have to say,” he continued. “‘Hellbound’, our new record that’s gonna drop June 25th, it’s gotta be the best BC record, and I’m not saying that just ’cause we’re about to drop it. It’s really amazing. We worked really hard on it. We just channeled all that energy into writing songs. Yeah, we wrote a lot of songs. We wrote about almost 30 songs for a 10-song record. So it just goes to show you how thorough we were, and it really paid off.”

As for what will happen to the remaining 20 or so songs that didn’t make the cut this time around, Todd said: “I think some of ’em are good enough to make a record — maybe two or three. Sometimes songs, they never get to that point where they’re good enough to be on a record. That’s why you’ve gotta write a lot of them. We don’t wanna put out just filler. That’s really important to us. So that’s why we write a lot of songs.”

Regarding how he and his bandmates go about deciding which songs to put on an album, Josh said: “You kind of know. The cream rises to the top. We create a little playlist — we’ll have password-protected playlists while we’re writing demos — and it only goes out to the band and our manager and our producer. And then we just continue to write and add songs and write and add songs. And before you know it, when it gets closer and we feel like we’ve exhausted the songwriting process, there’s usually always eight songs that are undeniable, or seven, and then you’ve kind of gotta start really finetuning the last three or four. That’s kind of how we do it. We know when we’ve got it.

“We just were in a zone on this record,” he added. “We co-wrote a lot of songs with Marti Frederkisen as well, the guy who produced the record. We’d written songs with him in the past. He’s a really talented guy. And five of those songs made the record. So it just goes to show you how good that was. We wrote with him for a week. We wrote six songs in five days, and five of ’em made the record. And then we took five of the remaining 22 that [guitarist] Stevie [Dacanay, a.k.a. Stevie D.] and I had written prior to getting in a room with Marti. And there you have ‘Hellbound’, the record. And it’s amazing.”

Last summer, BUCKCHERRY recruited JETBOY‘s Billy Rowe as its new guitarist. He joined the group as the replacement for Kevin Roentgen, who left BUCKCHERRY in July 2020.

Roentgen, who joined the California-based band in 2017, made his exit official in a social media post. He wrote: “Bottom line, I made this decision to come off the road and spend more time with my family. The guys understood this, and for that I’m thankful. Though my wife and daughter always one hundred percent supported me in this gig, they are quite happy now to have me home.”

Roentgen joined BUCKCHERRY as the replacement for original guitarist Keith Nelson. Roentgen can be heard on “Warpaint”, which was released in March 2019 via Century Media/RED Music. The 12-song record was produced by Mike Plotnikoff, whose previous collaboration with the band was BUCKCHERRY‘s multi-platinum third album, 2005’s “15”.

In 2019, BUCKCHERRY recruited Francis Ruiz as its new drummer. He joined the group as the replacement for Sean Winchester, who exited BUCKCHERRY after laying down the drum tracks on “Warpaint”. 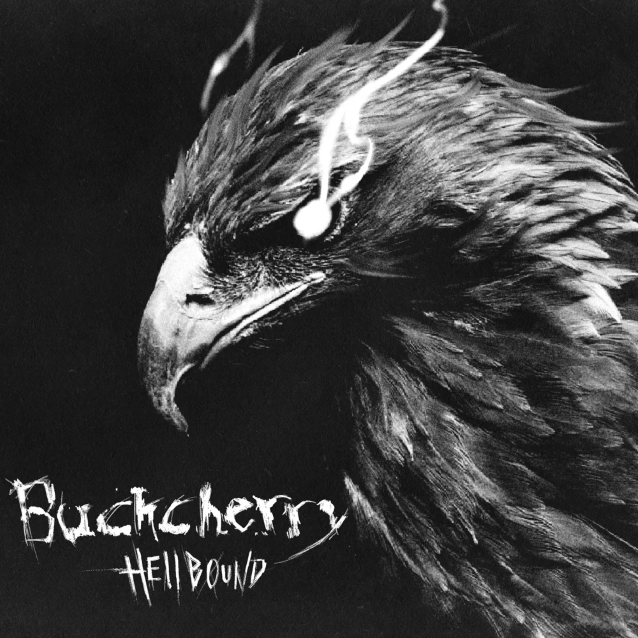