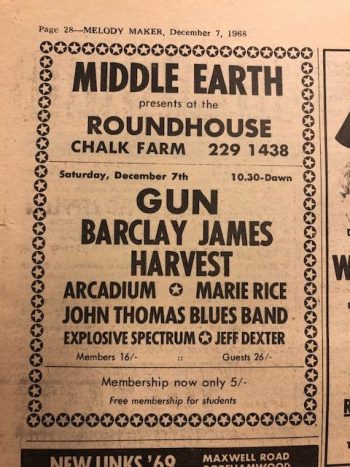 This short-lived band was formed in Lewisham, southeast London around 1967 and featured:

The group played regularly on the club scene throughout 1968 and 1969 before Clayden left to join The Kool.

I’d welcome any more information on the group.

The Speedways – “This Is About A Girl Who Loves The Sun”