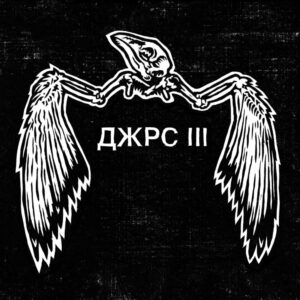 If two previous albums by JARS sounded like a romance between noise and garage-rock, this one – is their marriage.

It’s different comparing with two previous albums  – different degree of intensity and a certain radicalism presented in the chaotic-half of the record. Following the words of Anton Obrazeena, the process of writing was as organic as possible:

“There was nothing directing these changes” – says guitaristvocalist of the band: “We’d been listening to punk and metal. Especially Belarusian artists – Monday Suicide and Ozhog. As well as noisy-artists like The Flying Luttenbachers.”

Anton sums it up saying that there was no concept the band had initially. I notice that it’s quite interesting – how provocative and aggressive it turned out to be, taking into account that, according to Obrazeena, lightness of a laugh were their main accompanists all through the working period.

“I recorded the demos during the April-lockdown. It was nice then, to have an opportunity to keep myself busy all through these dull evenings. The impossibility of getting in tour made us trying making everything as fun as possible”.

The chaotic element presented within songs such as Kakaya Ty Imperiya? [Which Empire Are you?], Mne Nuzni Vragi [I Need Enemies] is quite important for JARS. At the same time, with such songs as Mne Nuzni Vragi, they find the way of making it maximally interesting.

“While rehearsing, we just figured out that these loud-moments contrasting with silence sound quite interesting! So this song was build around these pauses.”

It’s fascinating, how the band with different lineup could reach a certain level of organics with all these changes – from album to album.

“We’ve been playing over 10 years now [as JARS]. There are three full-length albums and 17 other releases on our Bandcamp. Somehow, we reach the purpose which is our authentic manner of writing.”

“The Rhythm-section on these three albums are different people. Probably, it would be logically right to change the name – each time. But I should have thought about it a couple of years ago. Now we’re ok about it.” 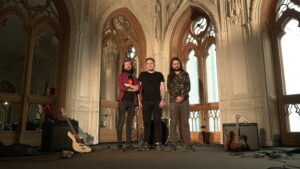 According to Anton, the thing he and the rest of the band gravitate to is: “To have fun and pleasure [out of the process]”.

It sounds like a good principle. At the same time, having so many lineup changes, it’s still amazing how the band like JARS could keep their own energy within all the changes and elements their members bring to it – to the melting pot.

“We just need some basic idea for a song. Something sitting in your head, almost irritating you! A musical line or a lyric.” – following the words of Obrazeena, he usually writes down such ideas in order not to get back to them. “Even if we’re working on something together, we still should have a certain sketch we’d work on our own – separately”.

Even though, two or there members differ with each next release of JARS, there’s still a mutual understanding that the musician reach. III is a good example of how three people from the scene found each other, and worked out well – whether these are sharp-noisy parts of Chernoye Prikosnoveniye [Curse Curse Curse!] or nearly gindcore extrem-ness of Speedcop.

“We don’t necessarily search for something” – stresses the guitaristvocalist of JARS: “More importantly to get people play in their manner, make them feel relaxed and feel good about it.”

Translation of the song titles is provided by JARS.

You can pre-order “III” on the Bandcamp of Forbidden Place Records.