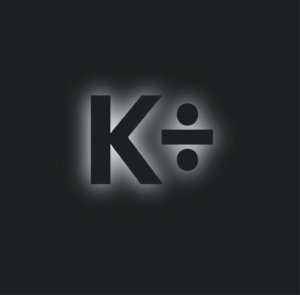 One of the most difficult questions to ask Jaz Coleman is where it all started.

Having lots of projects and collaborations Coleman has been working on for years, it’s quite difficult to figure out that first point of entry or any particular points. When I ask about the place he was brought to within the upcoming K÷93 release, Jaz answers quite concretely: “We all got back to our teenage years. I knew Hooky when I was 19. I knew Geordie the same age. We toured together as Killing Joke and Joy Division.”

Answering the question about the place of these recordings in his personal discography Jaz Coleman states:

“Basically, the new project has begun. And we’re gonna do a full-album – Geordie, Hooky and myself!”

A fan would probably get confused with such a combination of artists: Jaz Coleman, Geordie and Peter Hook. Read it twice. Three times. And the amazement won’t leave you. I’m holding it together trying not to ask Jaz “Why did it only happen in 1993?!” – he’s in the desert of Mexico. The internet connection is pretty terrible. After a few minutes of explanation, he finally answers the question I’ve been thinking about sitting in my apartment – many miles away from Killing Joke-vocalist.

“We did that move – the legacy of German producer, Conny Plank, when he died. There were all these different musicians together who were jamming in the studio. That’s the first time we played together. It was a part of Conny Plank’s legacy.” Plank’s role in the history of Killing Joke always been exceptionally important. Recording Revelations with the band, Conny Plank pushed Killing Joke a little bit further – just like Peter Hook did working with Jaz and Geordie on these recordings. Jaz notes: 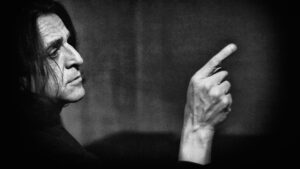 “Peter was very influential on the sound of these recordings. On the Killing Joke-part,” – he stresses and continues – “He was encouraging me to sing softly. And he wanted to really feature keyboards in the sound. We wrote very-very quickly together. That’s why we all aware that we have a unique writing partnership separate from our respective bands. It happens very quickly with Killing Joke and Hooky. You don’t really talk about music – you get in there in a rehearsal studio. [And] you just play! And the music writes itself. That’s it! And we realised we had something pretty special there. I just rung Hooky up, when Killing Joke got to Manchester, to do BBC-recording. I said: “Let’s get for two nights in a studio”. [And] It was it, really! We went to Haçienda. What you hear is what we did! Straight away! Spontaneously!”

Even though the recordings were made in 1993, the recent re-discovery seems to be bringing three wonderful musicians a bit further with their expectations. It’s definitely not one-time-type-of-collaboration. And following the words of Jaz:

“It was a big shock!” – that after the tapes recorded 27 years were discovered all three participants realised the potential of it. Commenting on this, Coleman states: “We have a unique writing partnership separate from our respected bands.” – he continues saying: “It happens very-very quickly. You don’t really talk about the music. You get into the rehearsal studio and just play…And the music writes itself!”

“But what do you feel about getting a bit further, a bit out of your comfort zone?”, I ask Jaz.

“I love doing it! I’ve spent my life travelling through war-zones and crazy places all over the world. I love going to different ambiences and making music with people I got things in common with…Oh! What a great life! What can I say? I’m so excited about the music I’m going to do. Never mind of what I’ve already done.”

The post Interview: Jaz Coleman on the new K÷93: EP appeared first on Louder Than War.