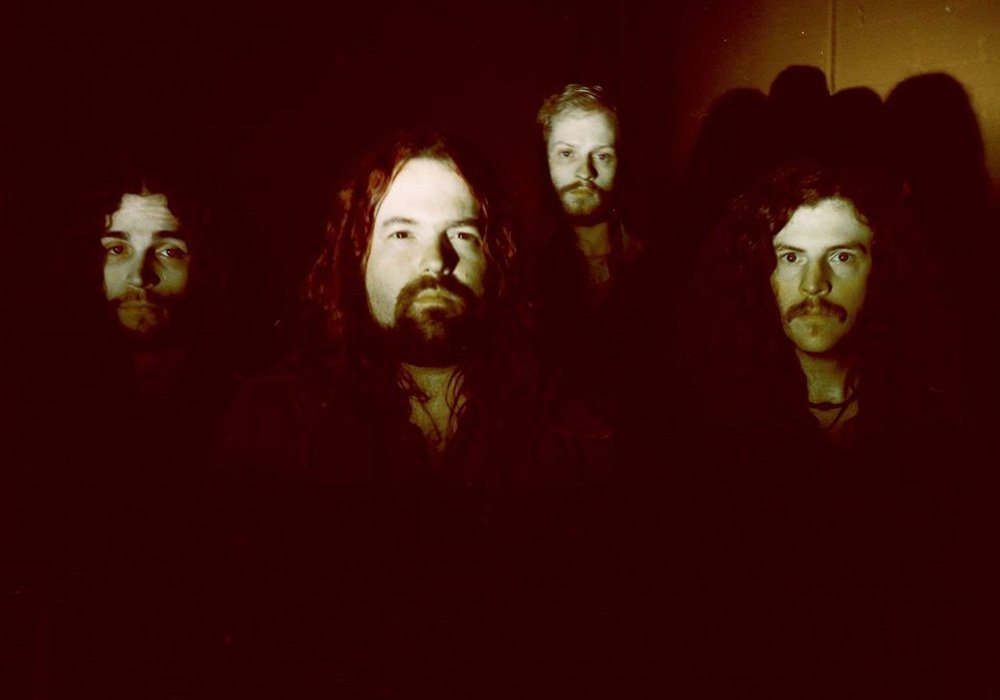 Once in a while an album lands in our inbox that grips us from the moment we first hear it.  It embodies everything we love about music and makes us want to just click repeat and listen to it again and again.  ‘Frenzy’, released on October 9th, is one such album and it is the full-length debut from US band, Holy Roller Baby.  Founded in 2017 in Austin, Texas and led by songwriter, vocalist & guitarist Jared Mullins, Holy Roller Baby describe their sound as “rock that rolls with primitive swagger”.  The four-piece blend that wonderful blues-rock vibe, making use of twin lead guitars to create that 70’s string-bending rock but with a modern twist, that has helped create a collection of songs that will be sure to sit very highly in our Albums of the Year listing for 2020.

Add to this the fact that the band jetted into the UK to record at Radiohead’s Courtyard Studios in Oxfordshire, England, under the watchful & experienced eyes of producer Ian Davenport (Band of Skulls, Supergrass, Philip Selway of Radiohead),even borrowing amps and percussion from Radiohead as well as guitars from Gaz Coombes (ex-Supergrass) to do so with the result being a blistering fifty-minute, twelve-track album that combs through a diverse array of blues-tinged rock.

With all this in mind The Rockpit had a yearning to track down Mullins to discuss the creation of this wonderful body of work, how they came to record in the UK as well as his influences growing up in Cleveland Ohio.

Sean:     Congratulations on this album.  Fantastic stuff.  I haven’t been able to turn ‘Frenzy’ off.  I just love that blues rock sound any way, but this is something else.

Sean:     That sound & vibe you capture is just fantastic.  Where do your influences come from to bring that sound together?

Jared:    Over the last couple of years I’ve been listening to a lot of Peter Green and old school Fleetwood Mac but it’s really just a natural genre for me, I guess.  I kind of grew up on it.

Sean:     How long did it take you to put the album together?

Jared:    I wrote all of the music for it and I suppose that took around three of four months and ten recording it took literally thirteen days.  We had fourteen days to record, so we got done a day early [laughs]

Sean:     And the bonus was you managed to get this all done before the world ground to a halt, especially in the music world any way.

Jared:    Yeah, it’s certainly interesting to release an album when you can’t tour on it.  I think our hopes were that people would be on their computers a bit more than normal.

Sean:     ‘Frenzy’ was recorded at the fabled Courtyard Studios, the home of Radiohead.  How did that come about?

Jared:    Well, I was having issues with finding a producer and a girl I was dating at the time suggested I look at somebody who already makes music that I was listen to, which was pretty good advice.  I’d been listening to Band of Skulls, out of England, for a while so I just sent an email to the producer (Ian Davenport) they had worked with and he really liked the demos that I had.  In fact, he liked them so much he said he was willing to take a cut of what he   would normally get paid.  So, he was really excited… in fact I was talking to him just the other day and we are already talking about doing another one…

Jared:    Yeah, when the world calms down a bit [laughs]

Sean:     The album comprises of twelve tracks but how many did you have in total to select from?

Jared:    There were about fourteen or fifteen in total and out of the extra three or four only one of those will make it on to the next album.  We just kind of whittled it down, you know.  The band recorded live in the same room that Band of Skulls did their first two albums in and it wasn’t really much of a room, it was kind of grungy.  The way that the recording was set up was that Radiohead’s management has the top floor of a house and then on the first floor is the recording studio, console and everything so it wasn’t very spacious, it was grungy… and I loved it! [laughs] I don’t want to feel I’m walking in to church or something I have to record with everything being so nice.  I wanted something that I would feel comfortable in.  So, yeah, we whittled it down… ‘Mantra’ we’ve only ever played that one time when we recorded it.  I think we did two takes and that was about it.  We didn’t even rehearse that one before recording it.  I wasn’t sure how to translate it because it starts off almost a solo acoustic ‘me by myself’ kind of thing and then the band comes in later so we didn’t even have that one prepared before we went in [laughs].

Sean:     I’m finding it interesting that more & more bands are recording in that ‘live’ style.  When I chatted to Jay (Buchanan) from Rival Sons last year he said they do the same thing.  His reasoning is that they want the fans to experience hearing the track for the first time knowing they are actually hearing first time the band has played it.

Sean:     He also said that doing it that way, if you really listen closely, you’ll hear there are some mistakes in there that they kept in.

Jared:    Yeah, that’s what great about rock n roll.  It’s human, you know.  It’s not music made for robots or by robots.

Jared:    Yeah, its out there and that’s fine but it doesn’t pinpoint that primitive part of your soul that makes you want to stomp your foot.

Sean:     I suppose it makes it easier for the fans to relate to when you do finally get to go out to tour the record.  They’ve maybe bought a ticket to the show because they loved the album and they want a show that defines what they loved about the music in the first place.  It’s not loaded with backing tracks & effects which are maybe hard to emulate in a live show.

Jared:    All those classic rock bands that recorded in the 60s & 70s, that’s largely how they did it and people are still buying & listening to their music. 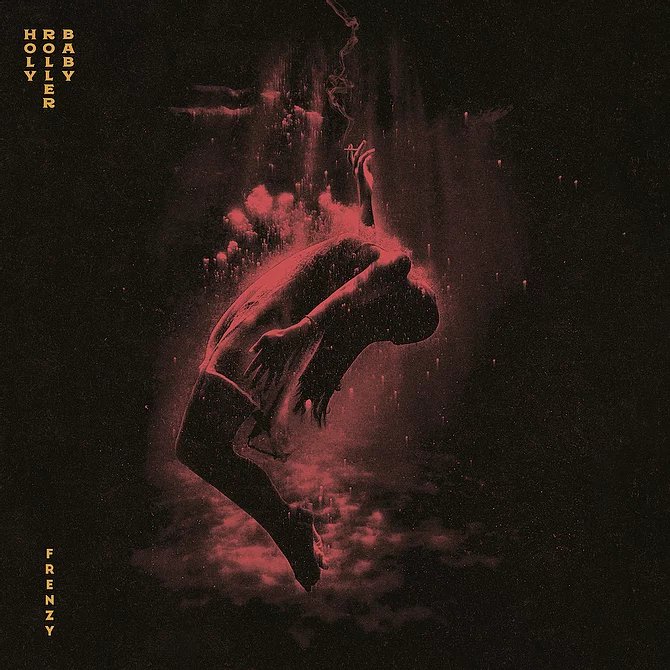 Sean:     So, taking you back to your childhood, where did music start for you?  Were you in a musical household or was it in school?

Jared:    I grew up in Cleveland, Ohio which is where the Rock & Roll Hall of Fame is now.  Having Detroit so close with Motown and with the classic rock sounds of Cleveland it was just something I was exposed to on the radio a lot.  I didn’t have a musical family or anybody who came by and taught me guitar or an older brother that had a vinyl record or anything like that.  I kind of discovered it on my own and for a kid of around ten or eleven years old I thought I was discovering something that nobody else had found [laughs].  It was really exciting to me.  I can remember being in fourth or fifth grade and i would just spend the whole day thinking about going to the store to go get the next Beatles CD [laughs].  I didn’t know anyone else who got excited about it.  I didn’t really have any friends.  It was just my little nerdy obsession really so that’s how I got into it I suppose.  I’m self-taught and didn’t take lessons or anything.  I don’t know if that’s good or bad but I just kind of took to it, I guess.

Sean:     You mentioned The Beatles but what other artists were you listening to at that time?

Jared:    Yeah, The Beatles were huge for me – How they could put songs together so melodically and say so much in such a short amount of time.  The album ‘Abbey Road’, I remember at twelve years old I was like, “Wow, what’s this?”  You know, around that time Grunge bands were still around too so I was discovering Soundgarden and things like that.  It was years later that I found out how much Chris Cornell & Soundgarden loved The Beatles, so it was really interesting that you pick up on one band and they open you up to another band.  I think I discovered Black Sabbath through Soundgarden and it kind of tumbled like that.  I wish I could go back and listen to songs like I did as a kid, when you heard them for the first time.

Sean:     Music takes me on so many tangents which helps me discover so much more.  I’d like to ask a few more of my more regular questions to close with if that’s ok.

Sean:     If you could invite three guests from the music world, dead or alive, to join you for dinner for a couple of hours, who would you invite?

Sean:     I’ll pick up the bill and you can choose the restaurant [laughs]

Jared:    I think if it’s a Sunday Funday I’ll probably go Keith Moon, John Bonham and maybe Jimi Hendrix.  I wouldn’t be able to last long with that trio…

Sean:     You would be thrown out before entrees I reckon [laughs]

Jared:    I don’t even think I would be getting to even order to be honest [laughs].  That would be a pretty good Sunday I would think.

Sean:     So, what music have you been listening to lately?

Jared:    This is going to be a guilty pleasures thing and your going to totally look down on me for it, but I can’t get ‘Careless Whisper’ by George Michael out of my head lately [laughs]

Jared:    That damn saxophone part has been stuck in my head for three days.  But joking aside I find things pretty late.  I only just discovered The Mills Brothers who were these 1930’s almost Barbershop Quartet, who wrote this amazing music so I’m always really behind on things.  I’ll send you the link if that’s cool.

Sean:     That would be great – Music is out there to be found and heard.

Jared:    Its totally nerdy and something you would think would be played on The Shawshank Redemption or something like that.

Sean:     I’ll check it out.  And finally, the easiest question of the lot, if you could be credited with writing any song ever written, which song would you choose?

Jared:    Ah man, that’s the hardest one! [laughs] I’ll say ‘Happy Together’ by The Turtles.  To me I think that is just the perfect song.  They slowly introduce new layers to the song and it slowly comes up into this crescendo at the end and the harmonies & background vocals.  So, I think if there was a way to get me on that one it would be amazing.

Sean:     Well, I have a playlist and that’s a new one to add to it.  Jared, I just want to thank you so much for your time and its been wonderful to get to talk to you about this fantastic album.

Jared:    And Sean, thank you for getting up in the middle of your night to talk to me.  Its so very nice of you.

Sean:     My pleasure.  All of us at The Rockpit wish you and the guys all the best with the album and hope to see you get to bring the band here to Australia maybe sometime next year.

Jared:    That would be awesome.  It was good talking to you.  Thank you, Sean.