There can be few street walking cheetahs who look as iconic as Iggy Pop did in the Raw Power period. This was rock star primadonna in every sense of the word. The only bit of the equation that was missing was that he didn’t become the major league rock star for a few more years…!

His famous silver trousers from that period have re-emerged in an auction and look set to walk their own way to a museum of private collection unless you the reader have a secret stash of money stowed away and need a pair of winter kecks! 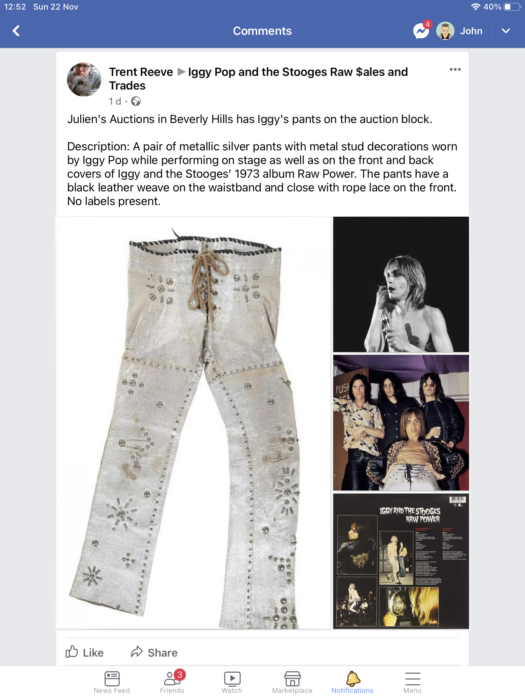 Fumble: Not Fade Away – album review

Duck: There Are No Normal Conversations Any More – album review