Iggy Pop has just released a COVID-19-inspired song called “Dirty Little Virus”. The vocals for the track were recorded at Safe And Sound Mobile Studio in Miami by Luis Gomez, while Chris Berry (drums) and Ari Teitel (guitar and bass) recorded their instruments at their respective home studios.

“I was moved to write a direct lyric, not something too emotional or deep — more like journalism,” Iggy explained in an accompanying video. “Who, what, when, where. I left out the ‘why,’ because that gets too complex, but I put in how I felt about it.

“It was a stopper for me. It’s been the big thing happening in my life, and everybody else’s, I reckon, for almost a year now.

“If there was still a Man Of The Year, it would be the virus. So, I wrote the lyric.”

Although his solo records were more commercial than those of his 1960s/1970 band THE STOOGES, he never broke through into the mainstream.

A reformed STOOGES recorded the album “The Weirdness” in 2007. 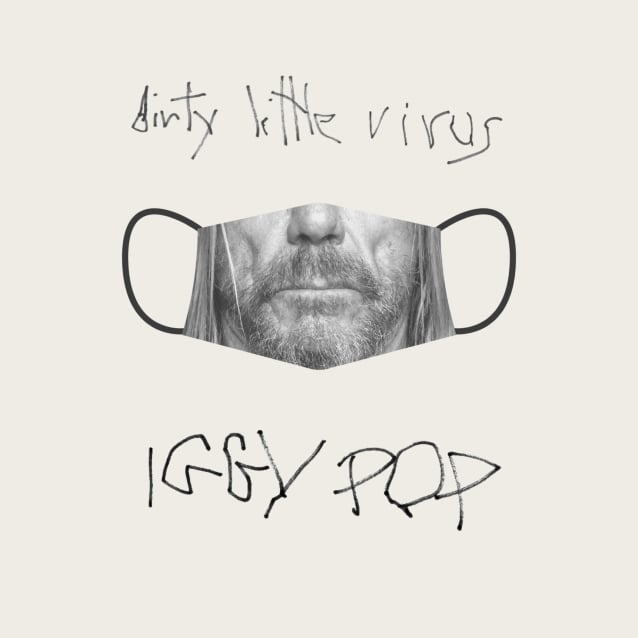