In 2006, My Chemical Romance were filling arenas and flooding the airwaves with their monochrome, classic rock-inspired magnum opus, The Black Parade – an exploration of mortality that mixed theatrical bombast while delving into the abyss. It seemed a natural evolution from the band’s previous two albums – I Brought You My Bullets, You Brought Me Your Love and Three Cheers For Sweet Revenge – a two-part saga filled with grief, loss and punk rock. Fans were more than ready to darken their clothes, strike a violent pose and don the military-style jackets of this new era, but for what came next, they would need a whole new wardrobe, colour scheme and mindset. After scrapping their first attempt at a follow-up record entirely – “We needed a new mission,” frontman Gerard Way told NME at the time – My Chem took a creative hard left, and subsequently returned with a Technicolor, futuristic, synth-laden masterpiece.

Danger Days: The True Lives Of The Fabulous Killjoys is a bold, bright, explosion of colour and sound. It’s a different, hopeful and altogether more fun side to My Chemical Romance, unlike anything we’d heard from them before. After spending years inhabiting marching band alter-egos, their new visuals were even more complex, detailed and fully-realised. This updated aesthetic helped to construct Danger Days’ futuristic, out-of-this-world landscape, with the album written as a pirate radio transmission from post-apocalyptic California in 2019, reimagining Gerard, Mikey Way, Frank Iero and Ray Toro as the Killjoys, a gang of outlaws living outside of the utopian Battery City, run by a corporation called Better Living Industries. 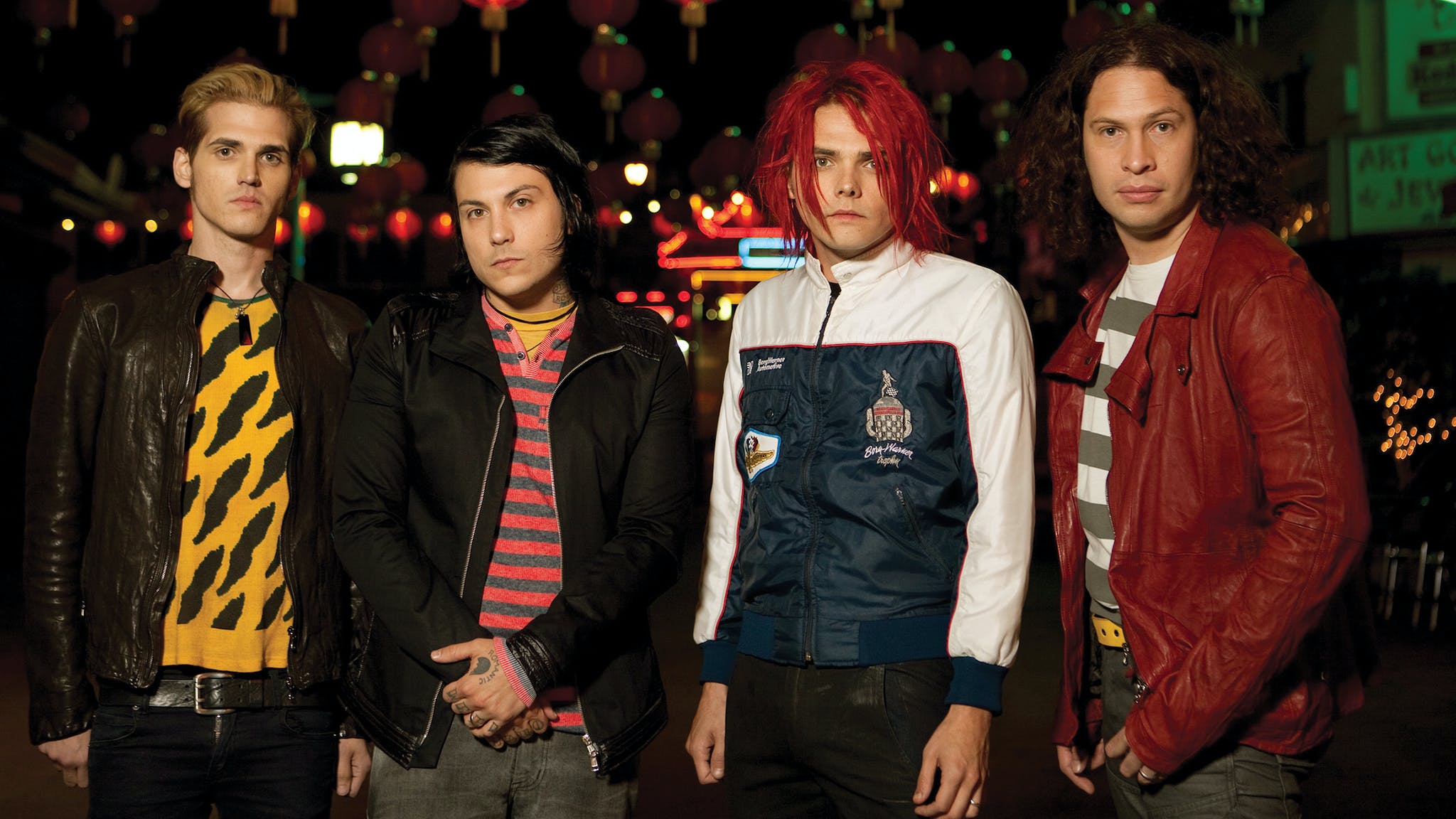 The end result is uplifting, energising and fearlessly entertaining. The album’s messages of self-expression and creating your own path – combined with its unrestrained excitement and playfulness – empowered MCR fans to be true to themselves, and to do it loudly. The language of Danger Days was fantastical and odd, with its catchphrases like ‘crash queens and motor babies’ and ‘the aftermath is secondary’ burrowing deep into your brain, primed and ready to be screamed out loud or plastered onto T-shirts.

Never a band to play it safe – as the album title also suggests – My Chemical Romance laid everything on the line. They rolled the dice and risked alienating the entire MCRmy, who had connected to the gloomier themes and heavier music of their first three releases. Artists tend to evolve throughout their career (sometimes with mixed reactions), but the use of electronics in Danger Days was a serious curveball. Some fans found the record jarring, others worried MCR were heading too far in the pop direction (the fact that single SING was eventually covered on Glee didn’t help…), but for most, they recognised the same musicians who had won them over with the raw emotion and giving-it-all-you’ve-got performances from the first three albums. They saw in Danger Days everything they loved about My Chemical Romance: the energy, the theatricality, the absolute conviction. The feeling behind it was genuine, too, whether Gerard was reflecting on growing up on The Kids From Yesterday, or the fourth-wall breaking closer Vampire Money addressing how they refused to write a song for the Twilight movies (despite reportedly being offered a lot of cash to do so).

Even without the darkness, Danger Days is driven by the same visceral energy MCR had become known for, whether it’s on the thrillingly experimental Destroya or the pure punk Party Poison. Meanwhile, Na Na Na – now a classic in MCR’s canon – is still as earth-shattering as it was a decade ago. Its infectious chant, blazing riffs, anthemic feel and unapologetic lyrics encapsulate everything the band excelled at, making you feel like you could take on the world. While their previous albums told stories, MCR’s fourth full-length created a world that listeners could live and lose themselves in, aided by the counterpart comic series, The True Lives Of The Fabulous Killjoys.

Over the course of 15 tracks, My Chemical Romance’s reinvention freed both the band and fans from the stereotypes that had been slapped on them. MCR followers (having adopted the collective term Killjoys) were more than willing to hop in a Trans Am and drive at full-speed into the California desert. They came to shows dressed as the Killjoy personas, complete with brightly-coloured hair. Memes about the album and its universe still circulate online, where fans have assembled entire archives based on this era. The album also welcomed a legion of new devotees, sucking them into not only its futuristic synth-rock, but the dramatic punk of their earlier days – even newcomers knew to expect the unexpected. 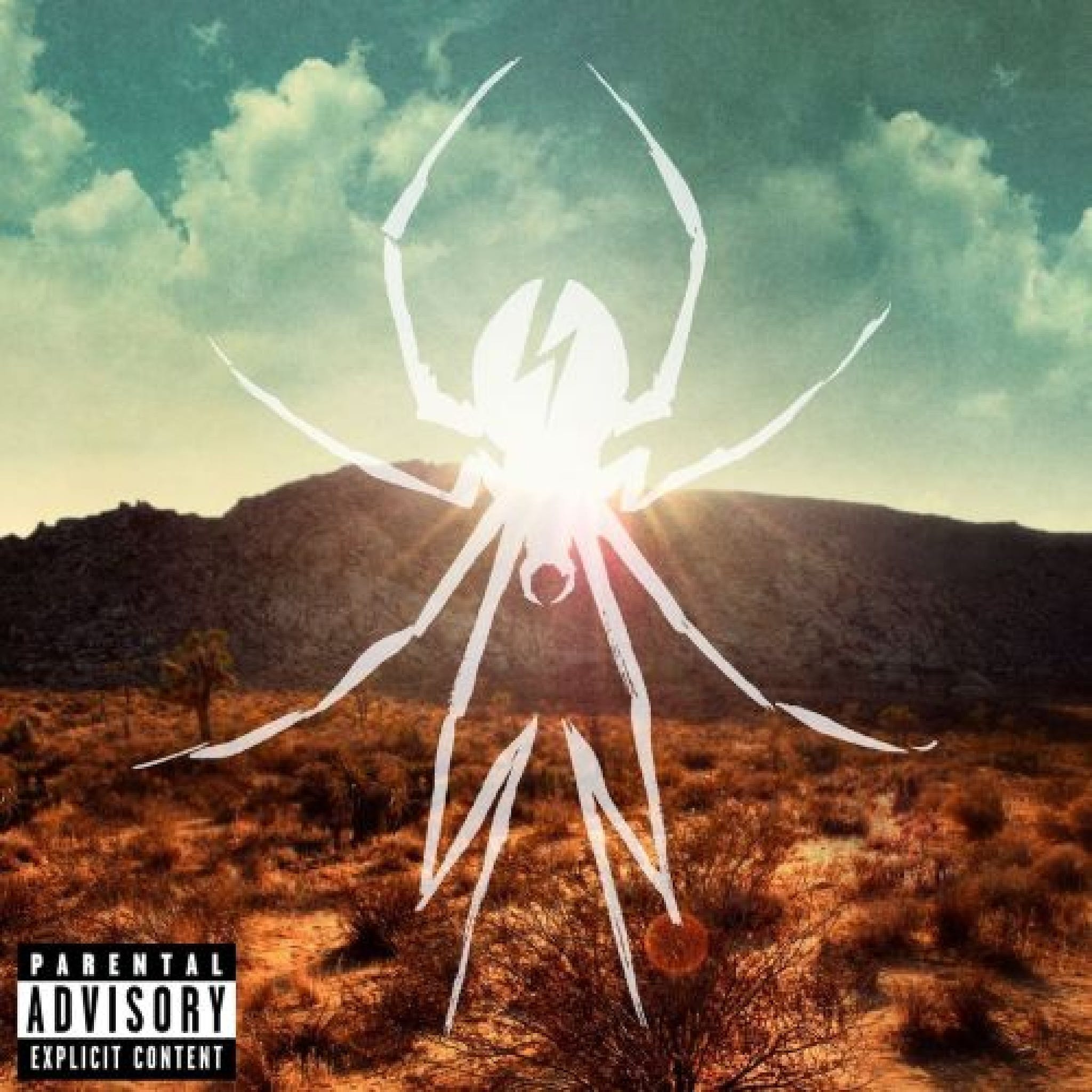 As well as a sonic (r)evolution, the album also showed that MCR were more than just another emo trend; they were a truly visionary, boundary-blasting entity. They weren’t confined to one set of sounds, aesthetic, or subject matter. They had plenty more to say, and a lot more surprises up their sleeve, too. And yet, despite the record being scarily forward-looking in 2010, it remains their most recent studio album. Just three years after its release, the band shattered hearts across the globe by announcing their split. And while the future didn’t look exactly like My Chemical Romance imagined it, 2019 saw them reunite and play their first show in seven years in California – the same time and place their (so far) final album was set in.

In 2020, Danger Days’ themes and concept resonate differently (jokes about masks and disaster aside), but it was ahead of its time in many ways. The electronic sounds that were meant to seem futuristic are now staples in virtually every genre of music, especially those My Chemical Romance influenced and participated in. And while the record wasn’t as commercially successful as The Black Parade, it completely redefined who the group were and ultimately could be – and transformed their fans from a black-clad marching band into Technicolor desert rebels. But perhaps more importantly, it blew the future of MCR wide open: if they can do anything, what will they do next?