Recording new music during a global pandemic comes with its own challenges. It’s something that rising Welsh post-hardcore outfit Holding Absence narrowly avoided as they began work on the follow up to their acclaimed, 4K-rated debut album that they released back in March 2019.

“We were quite lucky because we recorded just before COVID really hit,” explains frontman Lucas Woodland. ​“Not one single lyric on the album was shaped by COVID. Instead, it was shaped by sheer existential dread! I suppose that’s what we’re all living through right now too, actually.”

Talk of dread aside, the band’s new album, The Greatest Mistake Of My Life, is an uplifting one, sounding bigger and bolder than anything the four-piece have recorded before. It’s a point borne out by their latest single Afterlife, released earlier today.

“Music should take us out of the real world, not keep us in it, and that’s basically the aim of this record,” continues Lucas. ​“That said, I’ve written about super-emotional stuff, so it’s very pure.”

In fact, the album’s emotional core extends to its title – the source of which is rather close to home.

“The album is named after a song released in the ​‘30s by Gracie Fields. My grandmother told me that my grandfather had done a cover of that song, which has the line it in: ​‘The greatest mistake of my life was saying goodbye to you.’ That sounded like a Holding Absence lyric!” laughs the singer. ​“The fact that there was a family connection to that song that dates back to the time before I was born seemed quite significant. It resonates in that way and the concept of the album also revolves around hindsight, regret and explaining certain emotions, so it seemed to fit.”

Musically speaking, too, The Greatest Mistake Of My Life – which is due out on April 16 via SharpTone Records, and was produced by former SikTh guitarist Dan Weller – sees the Cardiff-based quartet broadening their sound, openly drawing on ​’80s and ​’90s influences.

“We’re fans of bands like The Cure, Fugazi or the Pixies. In a lot of ways I am the product of my parents’ record collection and my upbringing, so there are those elements that have definitely influenced what we wanted to do this time around,” says Lucas. ​“It’s also important to glitter the music with a certain element of eclecticism, too.

“We never felt completely settled as far as the songwriting was concerned in the band, but we feel that now, and there’s certain elements of shoegaze and post-rock that we’ve added to what we do. This feels like the perfect Holding Absence album for right now, but we’re already thinking about album number three and we want to include more soundscapes and insane time signatures.” 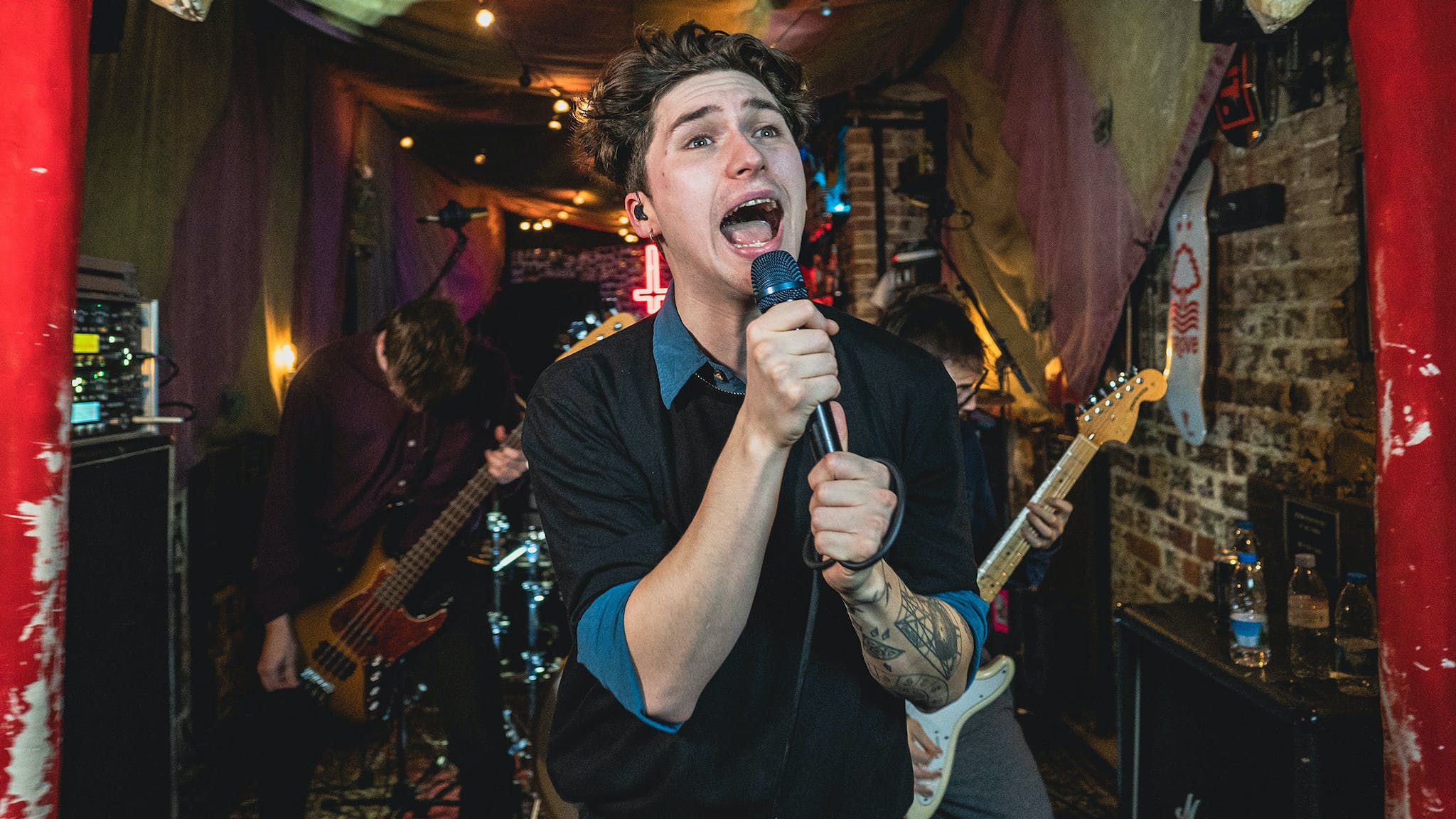 Key to their newfound sense of confidence is the writing partnership that has developed this time around between Lucas and guitarist Scott Carey – the latter replacing Feisal El-Khazragi, who departed during the recording of Holding Absence’s first album.

“A big part of this band was the tooth-and-nail set-up that we had at the start. We’d book shows and just go and play them. We climbed the ladder as if someone was chasing us and we were pretty focused, but we’ve only really started to find ourselves now,” continues Lucas.

“This album really is the product of the relationship between me and Scott, which is really special. We’ve written together since we were 15, but we’ve rekindled that relationship since he joined and it’s been brilliant. As a band, we also had a brilliant connection with Dan Weller – before, during and after the recording of the album. I know it sounds like a cliché but he became the fifth member of the band. That’s the point of a producer and it really did feel that way with him.”

Despite the optimism coursing through the band, the four-piece are also aware that they are releasing The Greatest Mistake Of My Life into a world where the normal means of promotion are limited.

“There’s been quite a few hoops to jump through getting the album released, but the hardest part will be putting it out and then not knowing whether we can go out to play shows,” sighs Lucas. ​“We’re a pretty personable band and we love hanging out with people who come and see us, and that will probably be missing from the experience when we release the album. If it is, we’ll have to try and stay positive, and make up for it when we can.” 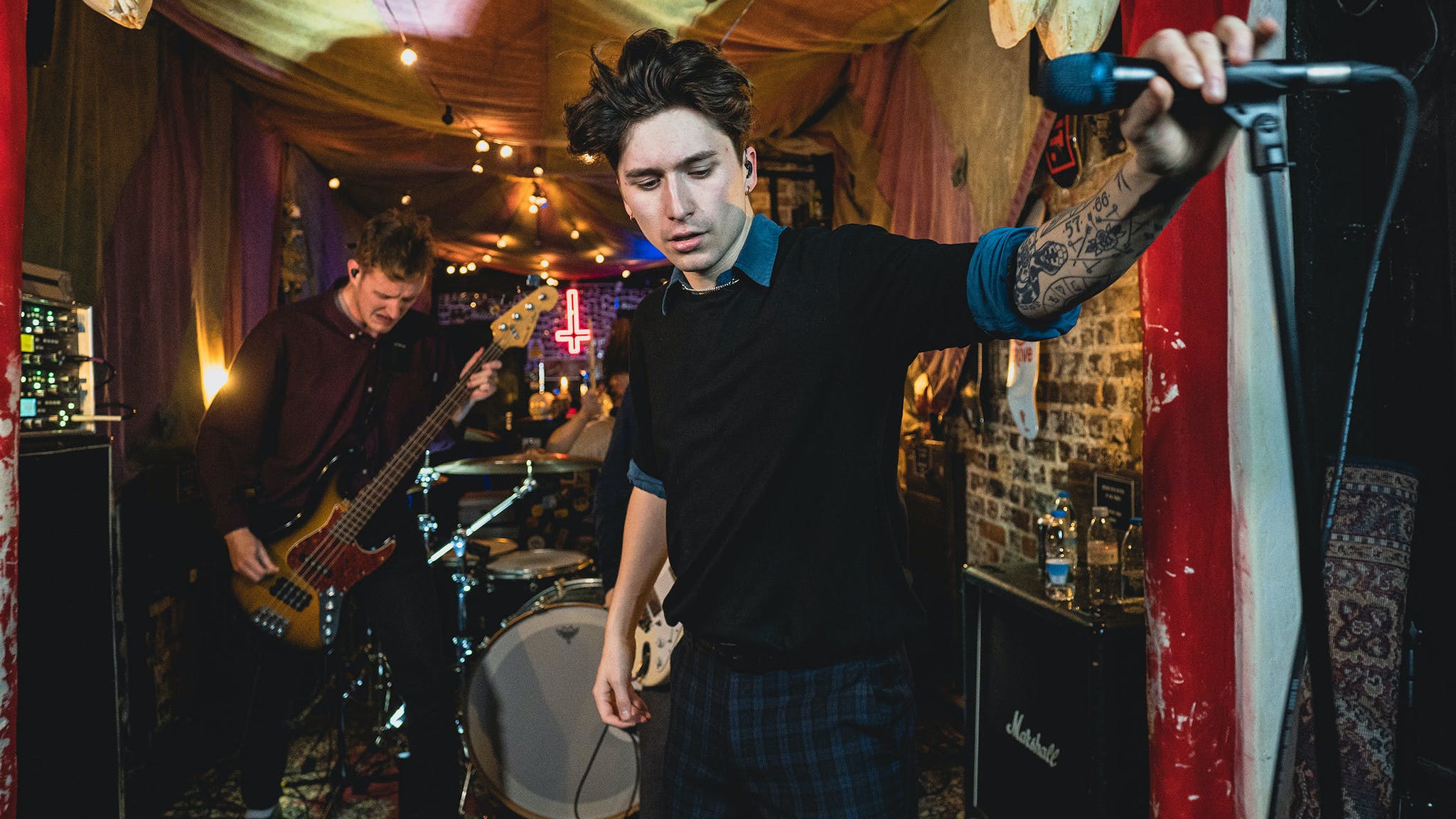 While the band’s shows – which were due to start in March – are under review, Holding Absence were recently able to play Blondies, Kerrang!’s favourite London dive bar, as part of our K! Pit series in association with Nordic Spirit. With governmental guidelines being observed, the show was filmed without an audience in attendance.

“We thought it might feel strange, but it was great,” smiles Lucas. ​“The camera being there always adds a weird element to things because you don’t want it to feel like a music video, but it was really cool. It also reminded me that we started out by playing to next to no-one! We didn’t care about how many people were there, the idea was always to play a great show in order to purge ourselves of emotion, and that’s how it felt this time too. It was a welcome change for us and a reintroduction to the idea of being in a band again and playing again.”

Holding Absence’s K! Pit set will premiere on Tuesday January 19 at 6pm (UK), 1pm (EST) and 10am (PST) on Kerrang!’s Facebook and YouTube. The band will also be joining us on Facebook to chat to fans as we stream the set, so come join in!

You should also standby for further news of a competition to win 20 exclusive, signed Holding Absence K! Pit posters and – thanks to Nordic Spirit, the UK’s No 1 Nicotine Pouch* – a hoodie, and rucksack full of K! Pit swag plus a chance for you and three friends to win VIP tickets to Download festival. More info at 9am on Tuesday on Kerrang!.

In the meantime, pre-order The Greatest Mistake Of My Life now.

Shares
By iloverocknrollJanuary 16, 2021Home, The News