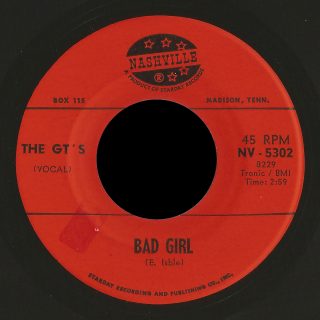 The GTs came from Dayton, Ohio. Members were:

The Xenia Daily Gazette featured a photo of the band in February, 1967 for their date at the Blue Moon Ballroom.

A 1966 single “Bad Girl” and “Farewell Faithless Farewell” on Nashville NV-5302 is reputed to be by this band, however neither song was written by a member of the group. Cathryn Wright wrote “Farewell, Faithless, Farewell” while “Bad Girl” was written by Earl Isble, listed in March, 1966 copyright registration as Earl Roger Isble. Tronic BMI published both songs.

The 45 was a Starday Recording and Publishing production, so the band only had to send their tape in, not travel to Tennessee. 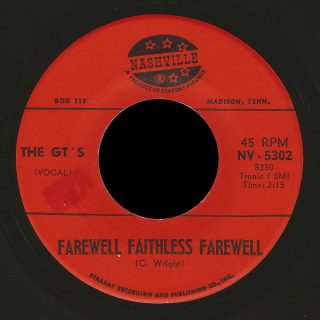