She approaches through the spectral mist

But in the end, everything was lost

You fought the power and you paid the cost

Sacramento goth rockers Ashes Fallen premiere their first music video, the ghoulish, retro-infused Vampira – The Ballad of Maila, from their forthcoming sophomore album A Fleeting Melody Out of a Faded Dream, out 4 June.

The track pays tribute to Maila Nurmi, the woman behind the iconic 1950s scream queen, Vampira. Vampira – The Ballad of Maila is a bluesy post-punk homage to the Finnish-American vamp queen of the B-movie. The band alight itself with The Damned, The Cramps, Rosetta Stone, and The Chameleons – channeling their Sunday scaries with bravado and surf guitar.

Vampira’s character was born in 1953 when Nurmi attended a masquerade ball dressed as Morticia, inspired by Charles Addams’ New Yorker cartoons. Her striking appearance caught the attention of television producer Hunt Stromberg, Jr., who hired her to host horror films on K-ABC Los Angeles. Nurmi’s personal life was tumultuous: she had a child with the married Orson Welles, she battled fellow scream queen Cassandra Peterson (aka Elvira) in court for years over copyright issues; she even conducted televised seances with the ghost of her departed friend James Dean. The Damned paid homage to Vampira in their song Plan 9, Channel 7  from their 1979 album, Machine Gun Etiquette.

James and Michelle Perry, the husband-and-wife creative team behind Ashes Fallen, weigh in on the creation of their own unique tribute to their vampy muse.

“There have been a few songs about Vampira, but to our knowledge there’s never been a song about Maila and her story,” says James Perry.

“One of the themes of our new album is injustice, and Vampira’s story is an example of that,” Michelle adds. “She created something and they just took it all away from her because she refused to play the game. She was the ultimate starving artist, literally!”

Ashes Fallen formed in early 2019, after the Perrys added friend Jason Shaw to the fold. Forced by the circumstances of 2020 to reinvent their live act, the group adopted livestreaming, garnering popular performances for online club nights and global festivals. Increasingly, the band’s lyrical content reflected the tone of the year, driven by more topical and sociopolitical subject matter, interwoven with personal anxiety and grief.  As 2020 neared its end, Ashes Fallen moved their base of operations to a converted 19th century church, dubbed ‘The Chapel’ by the band. The historic building now houses their rebuilt recording studio and livestreaming stage.

Watch Vampira – The Ballad of Maila below:

The album can be pre-ordered from Bandcamp now. Ashes Fallen will celebrate the album launch with their next livestreaming appearance, on the line-up for Virtual Temple’s four-weekend-long festival, from 4-6 June 2021. Listen to the track below: 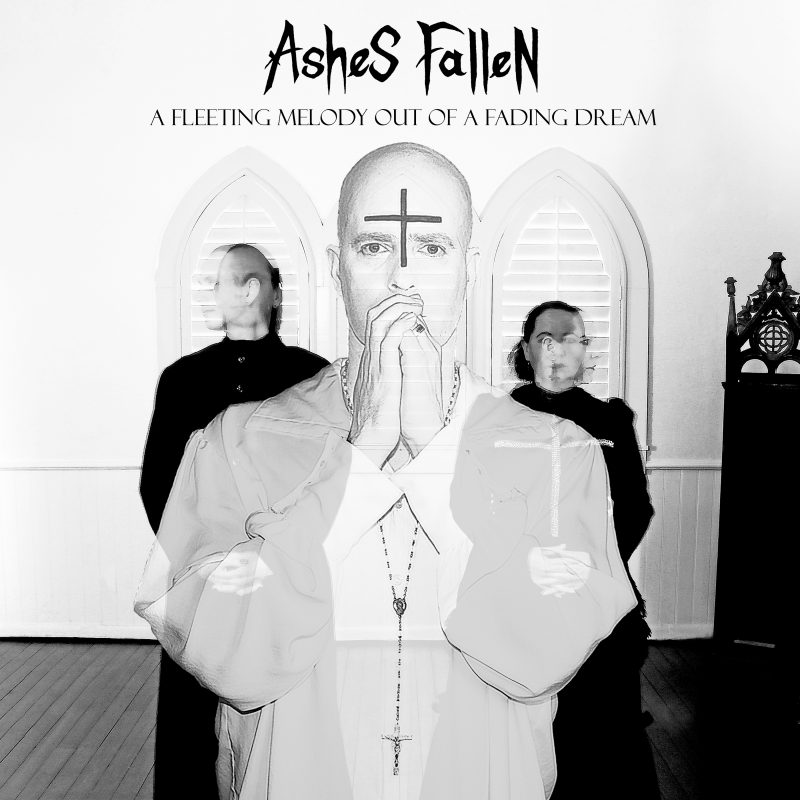 The post Goth Rockers Ashes Fallen Pay Tribute to a Horror Icon with “Vampira – The Ballad of Maila” appeared first on Post-Punk.com.