Genesis are rescheduling their April UK and Irish tour dates for autumn 2021 in light of the ongoing pandemic. ‘The Last Domino?’ Tour 2021 will now start in Dublin on 15th September and is set to be Phil Collins, Mike Rutherford and Tony’s first live outing together since the globe-trotting, sell-out ‘Turn It On Again: The Tour’ in 2007. They will be joined on stage by Nic Collins on drums, and the band’s long time lead guitar and bass player Daryl Stuermer. Tickets for all rescheduled dates are available through genesis-music.com – all previously purchased tickets remain valid and ticket holders will be contacted by their ticket agent. 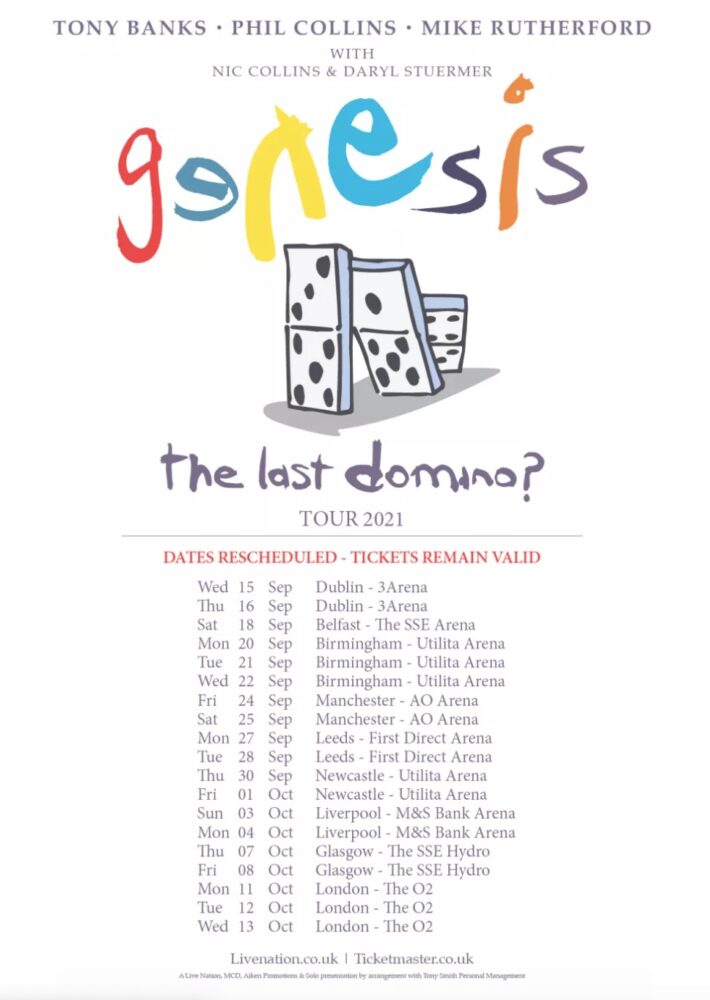