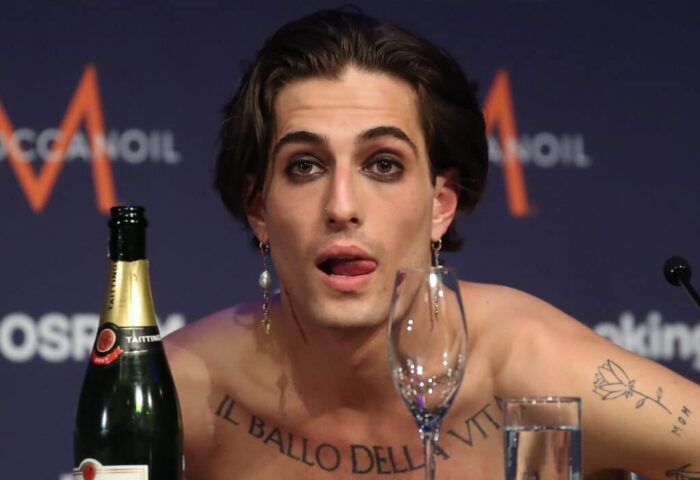 We were shocked to hear of the very idea that a rock band had maybe taken drugs after the winners of Eurovision, Måneskin was accused of taking cocaine during the grand final.

It begs the question ‘what was the U.K. taking’ for their lifeless null point performance.

The bands singer Damiano David was acting in a hyped up energised manner and seen leaning over a table which in 2021 seems to equate hard evidence of hard drugs.

The band volunteered for drugs tests an , of course, the inquiry by organisers has concluded negative.

The European Broadcasting Union (EBU) said Damiano David, frontman of the Italian rock group, had returned a negative result in a drugs test since the event on Saturday.

The band, “strongly refuted the allegations of drug use” that emerged on social media after David appeared to bend over a table in the contest’s green room while on camera.