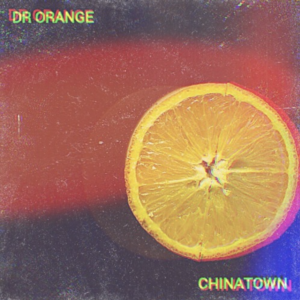 Dr Orange’s new single, Chinatown, opens up slowly, brimming with the laidback lo-fi slacker vibe that recalls the like of Jack Drag as it lopes along through a haze. The dense distortion of both the guitars and voice close in around like the headiness of a long night out in as you stagger home through deserted streets. It fizzes and bristles before kicking up into the type of chorus that has run through the veins of many an indie band since the early 90s. There’s a reason it works so well and Dr Orange uses it to full effect, throwing in a winding solo over the final blast.

The ease of movement from the melancholic verses to the surging choruses and back again make for a catchy tune that feels at once at ease with itself. It never jars and there’s never a sudden break from the way it rides along. The song combines the wooziness of classic 60s psych with the 90s Britpop update, filtering it further through modern indie eyes.

It’ll be interesting to see what he can do over a full album, but for that we’ll just have to wait and see.

Chinatown is available to buy here.