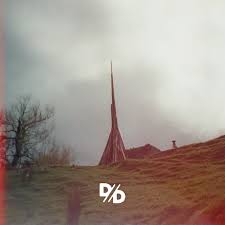 Big change doesn’t happen instantly. Change gathers up smaller incidents and occurrences with a head of steam building behind it. Maybe one seismic event finally kick starts things on a large scale but it needs the build up and the infrastructure to be built before it gets results.  To focus on the global protest march or the riot is to be focused on the sledgehammer instead of the arm swinging it. An act of defiance is not just born out of a place of anger but from a myriad of emotions and human intellect and it is this rainbow that Gas Lit sits upon because for all the fury and sonic onslaught that powers the music of Takiaya Reed (saxophone, guitar, live effects) and Sylvie Nehill (drums, live effects) there also lies a warmth and a sadness making Gas Lit one of the most emotional listens of the year so far.

Listen to the way the album opens with Oblique. The way the horn and the guitar create this beautifully sad lament at the start. This sadness pulls you in to a headspace of reflection before Nehill’s drums smash down kicking the piece into a realm of reaction and revenge. Reed’s guitar slashes and drones cutting through everything in a thousand different ways. Oblique is an opening salvo that tells us that we are here to be educated, manipulated and inspired…

“This is our time…” so starts the only song here that contains words Did You Have Something To Do With It, a piece that serves as part manifesto part clarion call and with it landing three songs in it allows you to not only take stock of what you have already been through with Oblique and the wonderful Prove It but it places your mind back in focus and gives you an insight of what Reed and Nehill are truly about before launching in to the single Denial. Fans of Mary Anne Hobb’s BBC 6Music show will already be familiar with this piece of multi-textured heaviness. Again we have a song that starts with the melancholic lament we first heard on Oblique before the duo hail down fire and brimstone on us…but the real fury is to come next.

Far From Ideal and It’s Really Complicated are the deepest and most ferocious songs on the album and it is here where you also get a real sense of how good the production by Ruban Nielson of Unknown Mortal Orchestra is as there is wonderful clarity to the music that allows all the various subtle elements to have their (sometimes brief) moment in the centre of the frame. Amps are allowed to feedback and you notice them singing to each other. Every hit of the bass, the toms, the snare and the cymbals is felt and allowed to breathe which makes Gas Lit an album that is heavy in tone and texture but one that also has plenty of space within it to allow for a listener’s thoughts to sculpt their own images. This is especially true of Mental Gymnastics which strips the band’s sound down to its skeletal form allowing for a a metallic almost post-punk sensibility to shine through.

Gas Lit may sit in the Doom or Alternative Rock sections of your record shops but don’t be fooled in to allowing this to pass you by if those genres are not normally for you for this is the latest in a long list of protest music that is set to make a difference to anyone who hears it. It resides with your Moor Mother and Gazelle Twin albums where you can feel the very ground you walk on being affected by listening to it. To hear Gas Lit is is to take your clothes of and walk in to the sea, to dig your toes and hands into the Earth. It is history, it is future, it is necessary and to spend time with it is to address what it is to be human.

All words by Simon Tucker. More writing by Simon on Louder Than War can be found at his author’s archive. You can also find Simon on twitter as @simontucker1979.