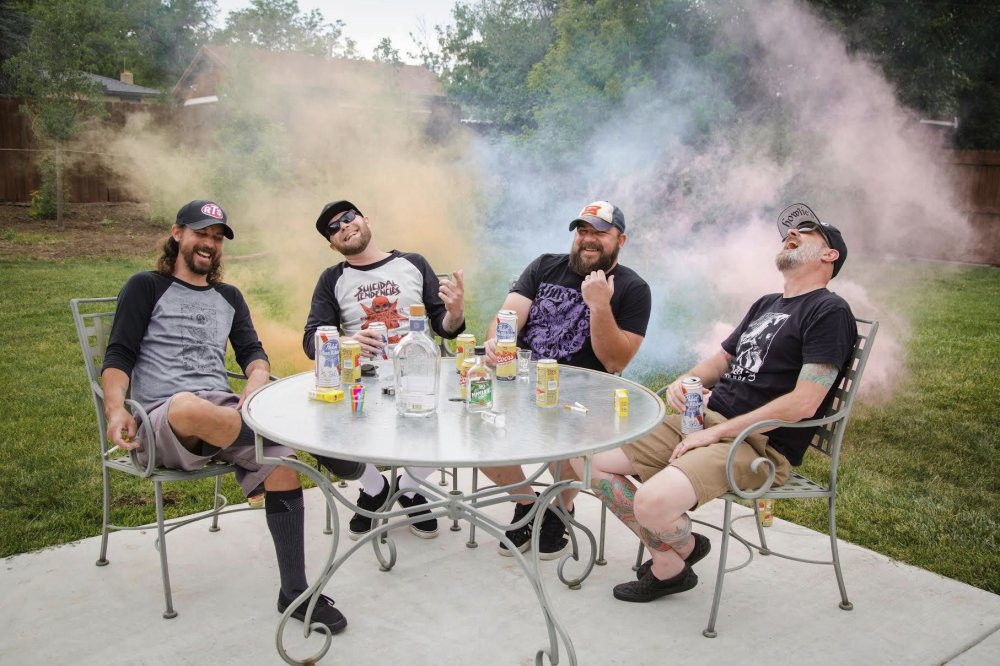 Denver dirt rockers LOST RELICS have released their new single Now We’re Even via Coffin & Bolt / Golden Robot Records. LOST RELICS throw out some seriously heavy doomy monstrous riffs on Now We’re Even and come at you with a sheer sledgehammer brutality.

Now We’re Even is the second single from Lost Relics upcoming EP release. Dark times and isolation manifest themselves into driving grooves and breakneck time changes for this barnburner track. Imagine pacing the room, trusting no one and crawling out of your skin and you will be part of this sludgy, riff filled journey. With nods to early Amphetamine Reptile records bands, Lost Relics has evened the score.

Volume. Riffs. Apathy. Lost Relics formed in 2019 and have been gaining steam since the day they plugged in.

Formed from the ashes of Low Gravity, The Worth and Smolder and Burn, Marc Brooks, Jess Ellis, Jason James and Greg Mason quickly hit the ground rolling with their monstrous riffs with breakneck changes and dual vocal delivery. After releasing their self-titled EP in February of 2019, they have steadily been taking the stage to open for national acts and playing festivals across the front range of Colorado.

After teaming up with Coffin & Bolt Records in September of 2020, Lost Relics is now in the process of finishing up and EP for release early 2021

Listen to Now We’re Even HERE