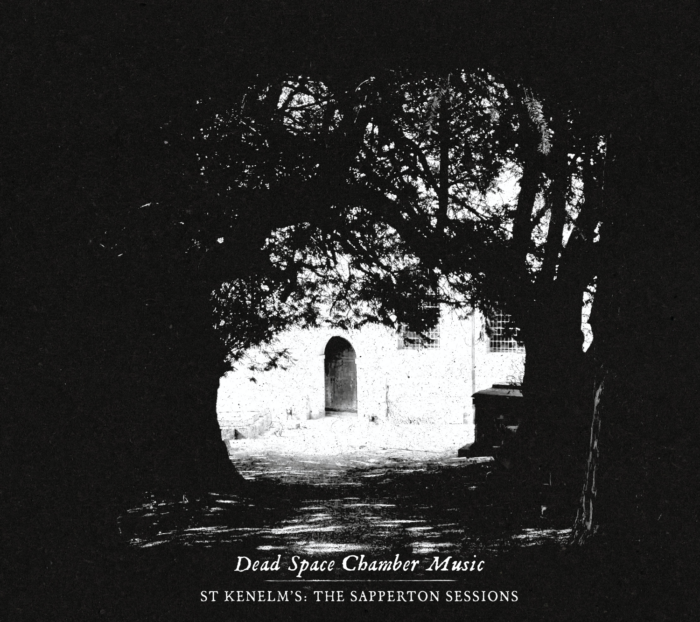 As dark nights creep ever closer and inevitable winter introspection looms at our windows, these colder months offer prime territory for reconnection with the unseen and primal. While human contact may still evade us, bands like Dead Space Chamber Music offer a beautiful and rare opportunity to truly immerse ourselves in our historical musical past.

Dead Space Chamber Music have a long-standing relationship with ancient monuments and places of worship, curating festivals in ancient churches and crypts, incorporating art of all mediums into their work with as little ego as possible. The Sapperton Sessions continue in this tradition, recorded on reel-to-reel tape during a two day residency at an isolated medieval church in Gloucestershire. Dead Space Chamber Music are a band out of time, thriving on this disconnect, producing a truly enchanting and magical release.

The release opens with the haunting ‘O Virtus Sapientiae’, a reinterpretation of a chant by Hildegard Von Bingen, a Christian mystic from the 11th century. Gradually building from low murmurs, the song grows like a storm cloud with strings and strange, rumbling samples, before the chant begins with a soaring, ethereal voice. Weaving in and out of the stability of the cello strings and unsettling electronic textures, the vocal line ties together these disparate elements into a gloriously rich neo-classical soundscape. Quite unlike a gentle chant, ‘O Virtus Sapientiae’ creates a genuinely chilling atmosphere, with clattering glass, distorted guitars and an enormous sense of space, undoubtedly enhanced by their ancient, vaulted surroundings.

Track two, ‘Lachrymæ’ (‘Tears’ In Latin) is a perfect example of Dead Space Chamber Music’s adoration of archaic sounds and music history. An improvised track, it follows the curious tradition of hymnody in which the song’s melody combines two separate songs; the words of one and the tune of the other. Seeped in heavy cello drone, gentle guitar lines and building distortion, the words of the 16th century ballad ‘Flow My Teares’ are set to the tune of 14th century work, Je Vivroie Liement by Guillaume de Machaut. The resulting piece grows with stunning, lamenting effect. Changing her vocal styling from traditional ballad to whispers, growls and yells, ‘Lachrymæ’ sits solemnly between the work of Bjork and Anna Von Hausswolff, imbued with an audible sense of human fragility, ritual and the ferocity of yearning.

The Sapperton Sessions close with ‘Black Desert’, a partially composed, predominantly improvised track, formed around the half-whole diminished scale. A multi-dimensional and layered work, it is evident that the loose structure of the song has grown through years of live performances. A disorientating, gently modulating piece, it ebbs and flows with strange hisses, textures, whistles, field recordings and improvised glossolalia. Layered vocals build with coarse, rhythmic flint scratches and gentle Welsh vocal inflections, creating an overwhelming sense of ceremony and old magick that lingers long after the final note.

St Kenelm’s : The Sapperton Sessions is another stunning, unnerving and disorientating example of the band at their most devotional; this short EP being the latest in a string of projects the band has explored throughout 2020, proving that their creativity continues to bloom even in isolation. Fresh, ancient and relentlessly innovative, Dead Space Chamber Music embody the transportive power of music with each understated release.