Today marks the fifth anniversary of the death of David Bowie. Five years ago, on hearing the tragic news of David’s passing, Pete wrote in his blog on this website and today we re-publish that blog . . . 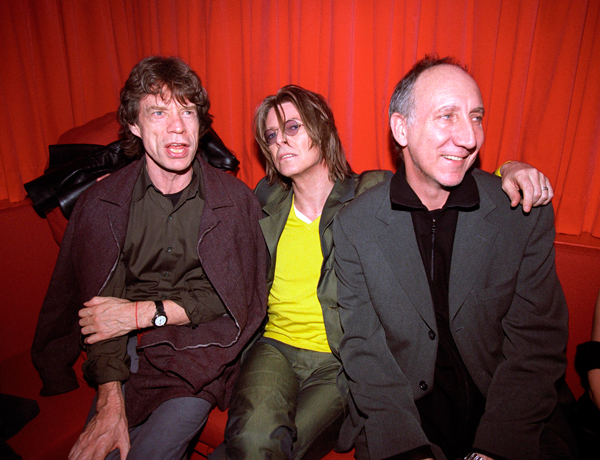 Woke up to the awful news that my lovely friend David Bowie passed away. I am so deeply sad, but he just completed a radical and audacious new album, and that is a great thing. Personally I am grateful to him for doing it.

For those who were his fans he was a charismatic and exotic creature and still gloriously beautiful even as he approached 70. But face to face he was funny, clever, well-read, excited by the arts, and really good company.

In a Japanese restaurant we once ate tiny live crabs sent over to our table by a businessman fan. David said we must try, out of courtesy. I wouldn’t have done it with anyone else on the planet. Delicious, of course.

He was simply a joy to be around, so good at making everyone feel at ease. I’m sorry to hear it was cancer that got him. I knew he had been ill for several years but didn’t know the details. My thoughts now go to his family and close ones, and to so many of his fans who will be beyond distraught today. We have lost a monumental figurehead of the British arts scene. We have also lost a wonderful clown whose combined sense of mischief and creativity delightedly touched our hearts. David Bowie was my Salvador Dali. He was also one facet of my perfect Ace Face.

The post David Bowie: Five Years appeared first on The Who.