Marillion will release their new live album “With Friends At St David’s” on On July 23rd, The show was recorded in Cardiff in November 2019.

It all started with the release of “With Friends From The Orchestra” in 2019, when Marillion teamed up with “In Praise of Folly”, a string quartet accompanied by Sam Morris (French Horn) and Emma Halnan (Flute), to record a stunning album full of re-arranged Marillion treasures.

That same year, Marillion took these very special versions on tour and even added a few more highlights like “Gaza” and “Zeperated Out” to the setlist, presenting them in a whole new light.

“With Friends At St David’s” is not only a visually and sonically remarkable live album, but also a dedication to crossing musical boundaries and making “friends” outside of one genre and musical universe. The DVD and Blu-ray of this release offer even more, as they come with the previously unreleased documentary “Making Friends”, which shows Marillion in the studio during the making of “With Friends From The Orchestra”.

With this release, Marillion offer a special treat to the fans and sweeten the wait for their new studio album currently in the works, the follow-up to the critically acclaimed and chart-topping “F*** Everyone And Run (F E A R)”.

Steve Hogarth about the album and tour: “Possibly our favourite ever tour. A chance for us to occasionally pause and lose ourselves in our six “classical” musicians interpreting our Producer Mike’s beautiful arrangements, bringing another emotional dimension, and often a playful joy to our music.”

“Seasons End”, originally from 1989’s album of the same name, is the first song to be revealed from this album along with an official video that grants an exclusive peak into a special and emotional evening, recorded on the 16th November 2019 during the Friends From The Orchestra Tour.

The official video can be watched on Marillion’s official Youtube channel:

“With Friends From The Orchestra” is going to be released on earMUSIC as CD Digipak, 3LP Gatefold(180g), Ltd. Coloured 3LP (Violet transparent), DVD and Blu-ray on July 23rd, 2021.

The post Marillion to release live album ‘With Friends At St David’s’ in July appeared first on The Prog Report.

Marillion reveal dates for Marillion Weekends 2022 and update news on the new album.

Marillion have revealed the dates for the Marillion Weekends for 2022.

The band also shared info on their Facebook page on the new album that is in the works saying: “The new album is coming along very well. All the songs are written and arranged and we’ll be away this week at Real World utilizing the amazing acoustic spaces and first-rate equipment. We know it’s been a long time coming, but we haven’t compromised the quality of the new work, and we’re hoping you’ll agree when you hear it that it’s quite something.”

The band continued with this message on their Facebook page.
“As you will see, we are only announcing the dates and cities right now. Full details of venues and ticket prices will be added over the next few weeks and we will announce in advance when ticket sales will start for each one – hopefully by the end of this Summer.
Please note that we will also have ticket and accommodation packages available for the Stockholm weekend ONLY. Details will follow in due course.
We hope that this will help with your holiday plans for next year!
Very sad that we can’t do Port Zelande in March 2022 owing to the lack of Covid insurance available for such a big self-funded event.
But we are pleased to say that we have already booked Center Parcs for 2023 and the weekend will take place from the 16th – 20th March 2023.
Hopefully the plague will be a distant memory by then and we can all enjoy our traditional flagship family-weekend of music in Holland by the sea, once again.
Love and hugs,
H, Ian, Mark, Pete and Steve”

The post Marillion reveal dates for Marillion Weekends 2022 and update news on the new album. appeared first on The Prog Report. 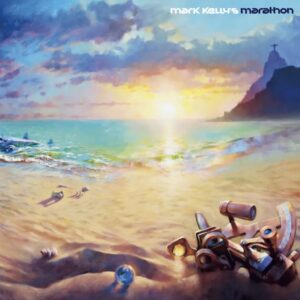 Book review: Decades – Marillion in the 1980’s by Nathanial Webb Sonic Bond Publishing [Publication date 09.10.20] Sonic Bond have already published a series of enjoyable ‘On Track…’ books and now they delve a bit deeper into some bands’ histories with this Decades series. Marillion are one of the first artists … Continue reading →

The post Book review: Decades – Marillion in the 1980’s by Nathanial Webb appeared first on Get Ready to ROCK!.