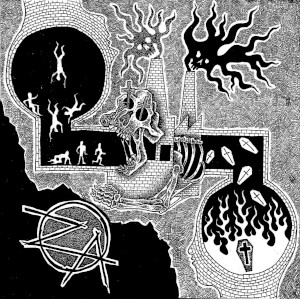 This second EP is in a similar vein to the debut EP with more of Zero Again’s own brand of bleak, dark thrashy folk horror. However, this set of songs takes heavy inspiration from Rudimentary Peni, from whose song they take their name. Heavy chugging guitar switches to chilling spindly melodies and a punchy twangy bass drives the songs forward along with the pounding drums. The anguished screaming vocals dominate. Really powerful, tight, stabs accentuate the beginning and ending of songs.

Last time round I mentioned Born Against, His Hero Is Gone, Killing Joke and Cross Stitched Eyes among others. Bear that in mind but take Rudimentary Peni at their most angry and imagine them funnelling you into the furnaces of hell. This was what I heard and then I looked at the cover art! Fait accompli.

Zero Again switch between horror imagery and straight-up politics. My World Now is a damnation of Trump and, recorded in October, came before it was confirmed he lost the election. Not As I Do is a clear inditement of the advisors behind the politicians pulling the strings. Dominic Cummings and all the ones whose names you do not know.

You can listen to My World Now by Zero Again here.

On Tomorrow Disappears, they again bring in a reference to caskets (this term featured in lyrics on the first EP). There is consistent imagery at work. Death walks among us…don’t it just! At times its seems there is an element of fatalism and resultant nihilism at play…death’s gonna get ya, don’t fight it. But then in a song like Angry Corpses, behind the descriptive horror, there is a moral. “Just know we died for a chance that you might live/ And now I go without/ Squandered the most selfless gift of all/ And let it turn to shit”

Final track Making Sense of Reality has a nightmare-ish aesthetic, the helter-skelter bass and guitar climbing their way through the several layers of hell, Lard-esque demonic laughter goading you from the sidelines. Appropriate for a song that looks at the way reality can become so distorted and difficult to fathom in a whirling social media frenzy.

Words by Nathan Brown. Check out his Louder Than War Author Archive.

The post Zero Again: Revert to Nothing​.​.​. – EP review appeared first on Louder Than War.

Get ready, Rudimentary Peni fans: for the first time in twenty-six years, the UK anarcho-punk stalwarts announce a new full-length album, entitled Great War (via Sealed Records). This is the first we’ve heard at all from the band since their 2009 single, Wilfred Owen the Chance. Thankfully, their raw power has not subsided over the years.

Two songs are currently streaming: Anthem For Doomed Youth and Path of Glory.

The UK band Rudimentary Peni formed in June 1980. Bassist Grant Matthews explained the origin of the band name in a 2003 issue of Maximum RocknRoll: “When I was at school studying biology, we were told that in the fetal stage the clitoris is a rudimentary penis.” The band released several albums in the 1980s, eschewing punk fashion and spitting out music described by contemporaries as “fast, loud and demented.”

Since then, they have appeared and disappeared for various lengths of hiatus. Rudimentary Peni’s songs explore everything from sociopolitical themes to HP Lovecraft. With this new release, Rudimentary Peni strips their sound of all humanizing, concentrating instead on mechanization, to “deliver ten painful…shards fraught with brittle anxiety and anguished simplicity,” writes Jensen Ward.

Here is the album’s full description, penned by Jensen Ward:
“Recorded several years ago before Rudimentary Peni engaged in another mysterious hiatus, Great War has finally emerged to kiss the gas-tinged light of a mustered morn. Expanding on the skeletal sounds and subject of 2009’s “Wilfred Owen” single the band has seen fit to concentrate on a more mechanized approach doing away with even more of the humanizing aspects in their music this time delivering ten painful familiar shards fraught with brittle anxiety and anguished simplicity. Great War cements new phase in the ever-crawling metamorphic madness that is Rudimentary Peni. The record comes with brand new Nick Blinko Artwork on the sleeve and Inner Sleeve.”

In addition to releasing Great War, Sealed Records are also set to reissue the band’s back catalog throughout 2021 and 2022:

Great War is out on the 23rd of April and is available for pre-order on their Bandcamp here:

Zero Again: Out Of The Crooked Timber of Humanity – EP review 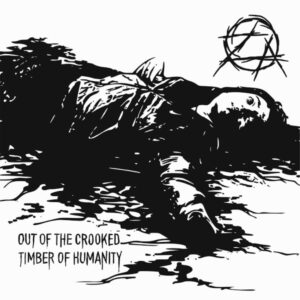 Out Of The Crooked Timber of Humanity

This debut EP from a West Country band populated by a cast of seasoned hands takes a bleak, dark thrashy folk horror look at 2020.

Powered by plants, Anti-fascist and DIY, Zero Again take their name from a Rudimentary Peni song and they are a bunch of people with form in some seriously good bands, so this was always going to be a good record. They started off trying to keep their identity under wraps so as Zero Again would be taken on its own merits, but the kids wanna know… Payney has played guitar in more bands than I would hazard to guess including Bring To Ruin, Regret, Social Experiment and In The Shit. Ian Glasper, when he’s not documenting the UK DIY hardcore punk scene, has provided the 4 string for the likes of Warwound, Decadence Within, Stampin’ Ground and even Flux of Pink Indians. In Glenn, they have bagged one of the best drummers of the current UK hardcore crop (check what I had to say about his work in Grand Collapse). Dean from Regret is a man with a fearsome roar and an imposing presence in a live situation.

Tragedy Death Pain kicks off the EP with a heavy and rhythmic feel. Not dissimilar to the way some 90s US bands like Born Against and Econochrist came at you. Then the vocals kick in, all heavy and demonic, you are dragged down beneath the ground with the crust turned up to the max giving it a His Hero Is Gone feel. Effects on the guitar create depth with the echo and a hint of psychedelia – this is a dark, bad, trip not tie-dye and flowers: think Hellraiser, not Woodstock! The combination of heaviness with the spangle of psychedelic guitar is something Killing Joke made their turf and is a space often left vacant, with the occasional interloper such as Cross Stitched Eyes. The overall vibe with Zero Again is dark and otherworldly – crust with a hint of death rock. And if you didn’t know you’d probably hazard a guess this has connections with the West Country where old traditions prevail – a place that spawned bands such as Amebix and Zygote.

No One To Mourn is a stompy little number with a crushing driving riff. The guitar melody towards the end of the song adds to the sense of folk horror in musical form. Husk is a breakneck skull smashing affair, all galloping drums and guitar chiming like death tolls on the chorus. Like the following song, Covid Dreams it recreates the panic and chaos nightmare. There’s a hallucinatory feel to it, something that Lard managed on a few occasions. Add to this some Disorder “aaarrrgghhs” and you’ve got a great singalong punk tune. Hope You’re Proud is straight-up crusty anarcho-hardcore where Behind Enemy Lines, Aus Rotten and Antisect intersect. Bass and drums provide the impetus, vocals are a barrage of shouting and it’s topped off with a whining Dishcrgae meets Antisect guitar solo.

2020 is writ large across the record. It’s obvious from the song titles. As SLF famously wrote about what they knew, so have Zero Again. What do any of us know right now? The pandemic features in lyrics like “The viral zeitgeist of unseen terror Socially distanced forevermore”, “We are all disposable; we’re all left to die alone Our Bodies left in corridors; with no one round to mourn “, “Quarantined, Isolate, Covid dreams, Lie in wait”. Hope You’re Proud takes a look at the violence and racism dished out by the police on the other side of the Atlantic but the sentiment applies everywhere. Zero Again recognise the bleakness of our existence: “Empty shells searching for meaning Hoping that others will see Just futile caskets, of flesh, blood and bone Our ambition dies with us; unknown”

To have formed, written and recorded in the throes of a global pandemic is no mean feat given that many bands haven’t even been able to practise. To have released something so powerful and yet still creative is a stroke of genius.

The post Zero Again: Out Of The Crooked Timber of Humanity – EP review appeared first on Louder Than War. 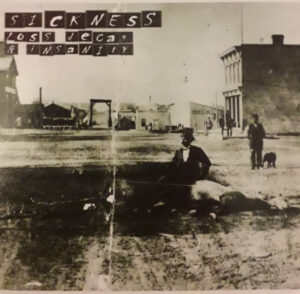 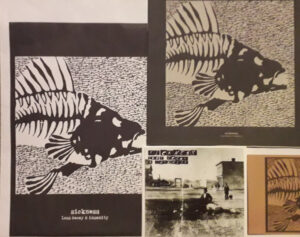