BGO Records Two albums from Billy Squier’s classic 80’s period get a neat double CD re-issue. Not only of interest to fans of his work and 80’s US melodic rock, but also Queen fans as these two albums both feature … Continue reading →

The post Album review: BILLY SQUIER – Emotions In Motion/Signs Of Life appeared first on Get Ready to ROCK!. AOR Heaven [Release date 28.05.21] Michael Fury are a band, as opposed to a solo artist, having formed in 1979 by vocalist/guitarist Myles Hunter (Avalon), bassist Martyn Jones and guitarist Rob Kennedy. They played a fair few gigs in their … Continue reading →

The post Album review: MICHAEL FURY – Affairs In Babylon appeared first on Get Ready to ROCK!.

WIN A COPY! Competition!   BMG [Release date 11.06.21] Following finely in the footsteps of the recent Paranoid and Volume 4 reissues, Black Sabbath’s 6th album Sabotage gets the full expansion works. And what a wonderful package it is. And … Continue reading → Eagle Rock Entertainment [Release date  .21] “Live at Knebworth ‘76” is the recently released live film and soundtrack from legendary Southern rock royalty Lynyrd Skynyrd. Whilst clips have been released from the film over the years, most notably in the … Continue reading →

The post Album review: LYNYRD SKYNYRD – Live at Knebworth ‘76 appeared first on Get Ready to ROCK!. Omnivore Recordings [Release date 21.5.21] Garage rockers The Palace Guard may not have enjoyed the success of fellow Hawthorne natives The Beach Boys, but their entire recorded repertoire is now celebrated with this superbly remastered and restored compilation. They released … Continue reading →

The post Album review: THE PALACE GUARD – All Night Long: An Anthology 1965-1966 appeared first on Get Ready to ROCK!.

In 1981, Gordon Gano, Brian Ritchie, and Victor DeLorenzo verily crept up on the scene of the American underground with a unique fusion of jittery folk-rock, youthful angst, and a fiery punk attitude. After the guitarist for the Pretenders heard the trio busking outside Milwaukee’s Oriental Theatre before a concert, the band got their big break when they were invited on stage that evening.

Violent Femmes went on to become legends live with their raucous stage energy, Gano’s sonic explosions of Calvinistic teenage sexual repression, and frank reflections of a common human experience. Considering Gano was a literal teenager when he wrote most of the early songs, the authenticity of these feelings hit a jaded Generation X hard and fast: these were not the false, wistful musings of aging rock stars, they were fresh, raw and URGENT.
Violent Femmes signed to legendary punk label Slash Records, and released their self-titled debut in 1983. Although Violent Femmes failed to chart upon its release, the album was a steady seller, eventually becoming the group’s most successful and critically lauded title. Nearly a decade later, it hit the Billboard 200 (landing at No.171 in 1991) and was certified Platinum by the RIAA.
The band followed with 1984’s more experimental Hallowed Ground, which ended up being vastly different: Gano’s evangelical Christian upbringing served as the lyrical backdrop, peppered with No-wave style saxophone, and dark country/American roots influences.
1986’s The Blind Leading the Naked made another sharp turn, this time towards mainstream pop and avant-garde. Produced by the Talking Heads’ Jerry Harrison, the album featured a variety of high-profile guests, including guitarist Leo Kottke, the Stooges’ Steve Mackay, and acclaimed experimental artist, Fred Frith. Featuring the breakneck protest song Old Mother Reagan and the lively I Held Her in My Arms, The Blind Leading the Naked brought Violent Femmes wider commercial success.
The trio reunited in 1989, returning to their stripped-down roots with Lies and Nightmares. Meanwhile, 1991’s Why Do Birds Sing? marked the Femmes’ final album with DeLorenzo, who bitterly split with the group over its direction. Co-produced with Michael Beinhorn (Red Hot Chili Peppers, Hole, Soundgarden), the LP included one of the group’s most commercially successful singles, American Music, which hit No.2 on Billboard’s Modern Rock chart.
Add It Up (1981–1993) draws from these first five albums—documenting the trailblazing band’s stylistic development as they rose to become one of alt-rock’s most commercially successful acts. Offering fans more than just a compilation of hits, Add It Up also spotlights Violent Femmes’ energetic live performances, captured at the height of their career. Nearly half of the collection is devoted to rare demos, B-sides, and imports that were previously unavailable in the US, at the time of Add It Up’s initial release.
As Violent Femmes celebrate their 40th year together, Craft Recordings is pleased to honor their catalogue of cult classics with the long out-of-print vinyl reissue of Add It Up (1981–1993). In stores May 21st and now available for pre-order, the popular collection will also make its return to digital and streaming platforms, while fans can listen to Add It Up (Live) now.
The 23-track compilation of features Violent Femmes’ biggest hits, including Blister in the Sun, American Music, and Gone Daddy Gone, plus live recordings of Add It Up, and Kiss Off, alongside a trove of demos, B-sides, interstitial voice recordings, and rarities. Housed in a gatefold jacket, the 2-LP set was pressed at Memphis Records Pressing, with lacquers cut by George Horn at Fantasy Studios.
In addition to the standard black 2-LP, a special “Blister Red Marble” edition will be available exclusively via the Violent Femmes and Craft Recordings web stores (limited to 500 worldwide). Meanwhile, Indie Retailers will offer an exclusive “Aqua” pressing, and Urban Outfitters will offer a “Violet” variant.
Click here to pre-order/pre-save Add It Up (1981–1993) now. 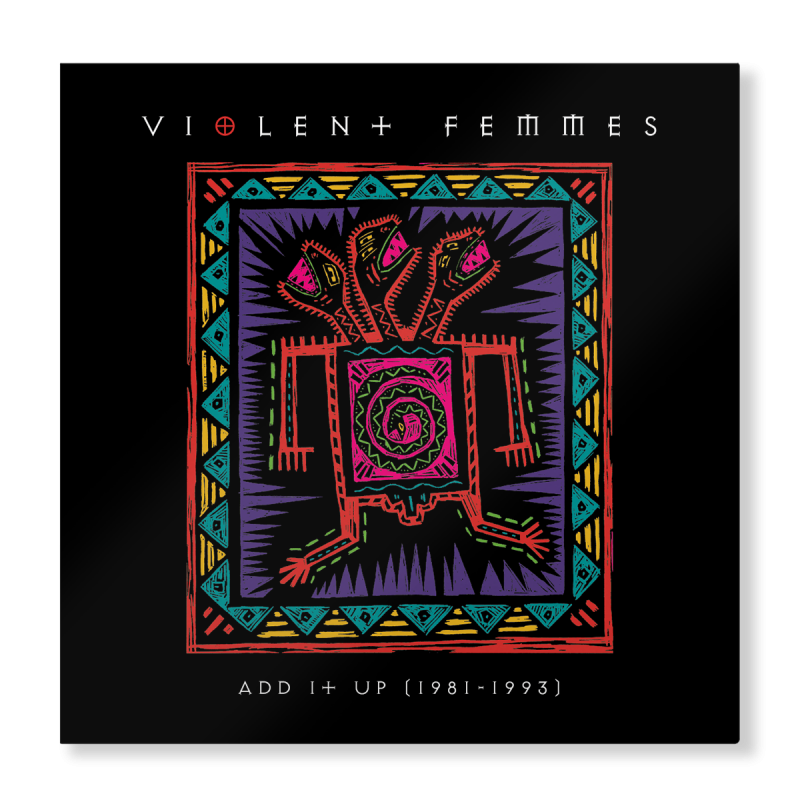 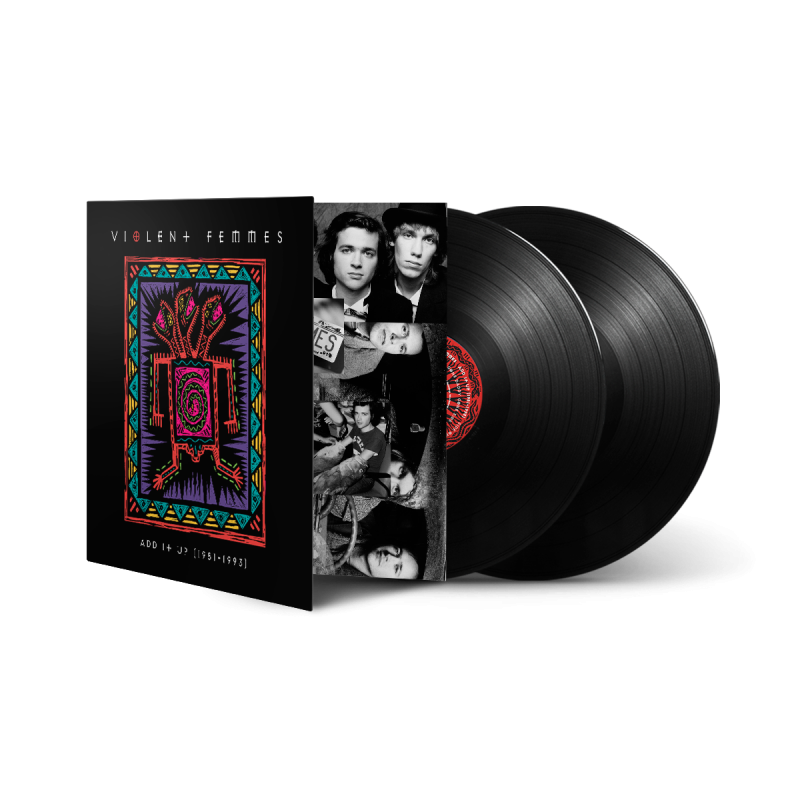 The post Violent Femmes Celebrate 40th Anniversary By Re-Releasing “Add It Up (1981-1993)” On Vinyl appeared first on Post-Punk.com.

Mystery solved! My Bloody Valentine has announced that they have signed a label deal with Domino Records, and will be reissuing their full catalog on vinyl.

The band are also in the process of adding all of their music to streaming services. Previously,  the 2013 album m b v and their ep’s 1988-1991 and rare tracks compilation were unavailable on Spotify

As for the vinyl reissues, both classic albums Isn’t Anything and Loveless have been “mastered fully from analog for deluxe LPs and also mastered from new hi-res uncompressed digital sources for standard LPs, with each being made available widely for the first time ever.”  And A pressing that is promised as a “fully analog cut” of the 2013 LP m b v will also be available via deluxe and standard editions globally for the first time.

MBV are also in the process of premiering fully restored music videos to their YouTube channel such as “Soon,” “To Here Knows When,” “Swallow,” “Only Shallow,” “You Made Me Realise,” and “Feed Me With Your Kiss”.

Watch the videos below as they continue to premiere throughout the day:

Kevin Shields recently spoke to the New York Times regarding the band’s forthcoming two new studio albums that have been delayed due to COVID, promising the first to be “warm and melodic”, and the second to be more experimental.

Meanwhile, Shields will be Tim Burgess for his Twitter Listening Party about My Bloody Valentine’s Full-lenth debut album Isn’t Anything on May 15.

Pre-order the LPs, set for release on May 21st via MBV’s store or Domino Mart, and listen to the newly available streaming album’s below:

As promised, shoegaze legends My Bloody Valentine delivered some news today, announcing that the band’s “full catalog” is now streaming, and vinyl reissues of 1988’s Isn’t Anything, 1991’s Loveless, 2013’s m b v will be released in May. Full details right here. Countdown Records / Acid Jazz [Release date 26.3.21] Formed in Southampton in 1964, The Fleur De Lys had an ever-changing line up during their short lifetime, the mainstay being drummer Keith Guster who has assisted with this new 25 track … Continue reading →

The post Album review: THE FLEUR DE LYS – Circles: The Ultimate appeared first on Get Ready to ROCK!.