THEM EVILS Declare War on 2020 Carnage with Explosive Single & Live Video for “Pour Out Another One”!

Huntington Beach, CA based Heavy Rock band THEM EVILS is tearing into 2021 with their newest, party anthem single “Pour out Another One”! Produced by Jim Kaufman, the live video for “Pour Out Another One” was directed and edited by the band’s own David Delaney. “Pour Out Another One” is best described as an anthemic middle finger to what COVID-19 has done to the music industry over the course of the past year. After linking up with Kevin “Thrasher” Gruft (Escape The Fate) and Aaron Edwards, we wanted to write a song that embodied the attitude of just saying ‘f*ck it, let’s throw a few back’ and party our way through this.” – Jake Massanari Click HERE to Purchase / Stream “Pour Out Another One” Online! Them Evils are kicking down the doors with their new party anthem “Pour out Another One”. A song that evokes a message that people can relate to now more than ever. As COVID-19 continues to keep the world from enjoying day-to-day pleasures in life, the band knew this was the time to show that it doesn’t stop them from keeping the good times rollin’. Whether it’s the struggle to survive or just celebrating the time we have.. ‘Pour […]

The post THEM EVILS Declare War on 2020 Carnage with Explosive Single & Live Video for “Pour Out Another One”! appeared first on RockRevolt Mag. 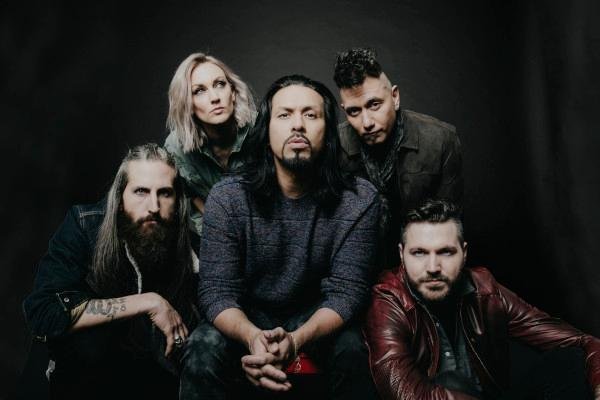 POP EVIL have debuted their new single “Set Me Free” today (3/19) along with announcing May 21 as the release date for their much-anticipated sixth full-length album VERSATILE via Entertainment One (eOne).

The release finds the Michigan rock heavyweights pushing their instantly distinctive sound to uncharted territories, expertly balancing the styles they’ve explored on recent tracks “Let The Chaos Reign,” “Work” and “Breathe Again,” of which the latter two have blasted on to the Top 10 Rock charts joining previous #1 hits “Waking Lions,” “Footsteps,” “Deal with the Devil,” “Trenches” and “Torn to Pieces,” which was certified GOLD by the RIAA in 2020. The new single “Set Me Free” is a reminder of the band’s ability to be a bastion for perseverance and positivity which features colossal riffs coupled with a formidable performance from vocalist Leigh Kakaty.

“We are very excited to announce our sixth studio album is being released May 21,” announce POP EVIL in a joint statement. “‘Versatile’ is available for pre-order now! With this launch we are releasing a brand-new track from the album, ‘Set Me Free,’ which embodies the challenging times the world has faced this past year. We are very proud & humbled to see our current single ‘Breathe Again’ trending Top 5 on the Rock Radio charts, and the video being embraced by our fans. We can’t wait for you all to hear the rest of the album, as we feel it’s our strongest to date.”

If rock is dead, then POP EVIL is definitive proof of the afterlife.

POP EVIL’s songwriting on VERSATILE zeros in on their juxtaposition of cinematic melody and heavy, unflinching groove. Deftly mixing fist-pumping anthems and timeless power ballads, POP EVIL delivers their most ambitious rebirth yet with a jaw-dropping and unpredictable album. VERSATILE sounds exactly like the name suggests. It distills the soaring melodies and driving riffs of POP EVIL’s past and introduces an ambitious exploration of the future.

Pre-save/order VERSATILE on all formats at this location:
https://www.popevil-versatile.com/ 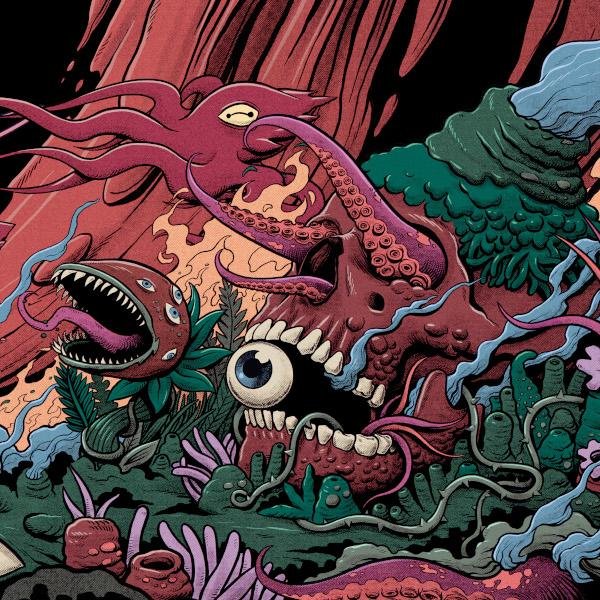 York, PA Heavy Rock Band SMALL TOWN TITANS have released the official music video for their new single, “Let Me Breathe,” the seventh single off of the band’s new album, The Ride, available NOW via AntiFragile Music. “‘Let Me Breathe’ is about facing the music, and acknowledging, as Aleksandr Solzhenitsyn so beautifully puts “…the line that separates good and evil right through every human heart.” – SMALL TOWN TITANS Track List: 1. Rufflin’ Feathers 2. The Man 3. Behind The Moon 4. Let Me Breathe 5. Universal Limits 6. 9 to 5 7. Sex And Candy 8. When It All Comes Down 9. Junkie For You (Hey Mama) 10.The Ride Click HERE to Download / Stream ‘The Ride’ Online! The Small Town Titans are an American rock n’ roll power trio from York, Pennsylvania, who love to constantly create, as well as play live. Gone is the notion that a rock band should only release 10 songs at a time every 2 years. In a world where music fans crave new content constantly, the Small Town Titans aim to deliver their brand of art all of the time, drawing inspiration from rock legends such as the Foo Fighters, Audioslave, and Deep Purple. Thanks to their efforts at taking matters into their own […] 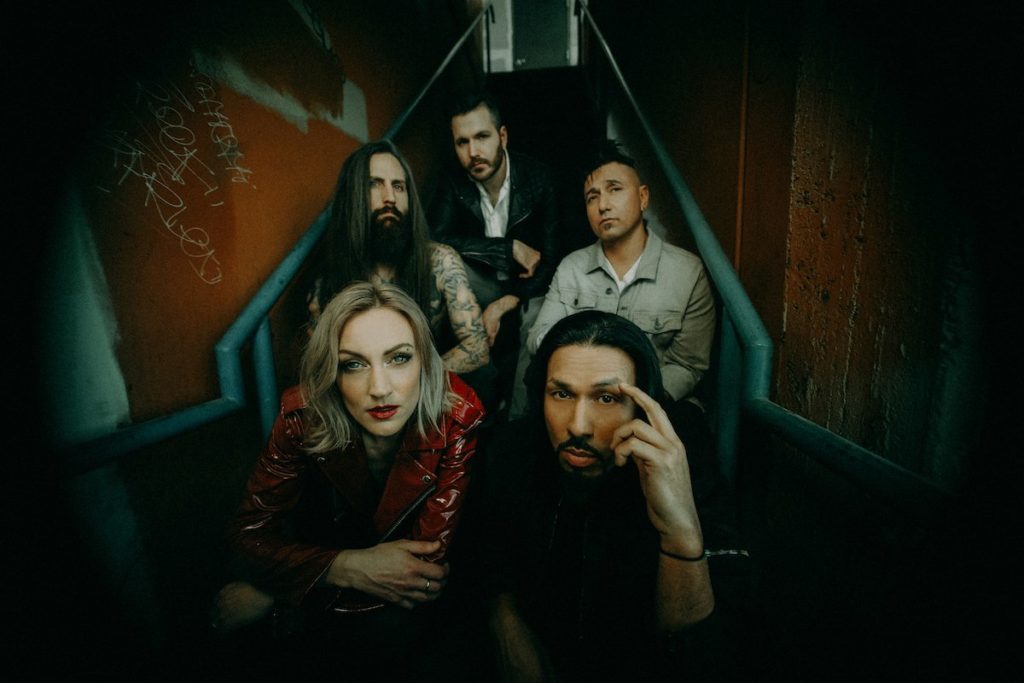 After teasing something new for the past few days, Michigan’s own, POP EVIL, debuted their third single of the year, “Breathe Again“, and revealed the title of their sixth album, Versatile, due out in 2021.

After surprising their fanbase with the most significant stylistic shift in sound to date with “Work,” POP EVIL have championed that success into the explosive catharsis found on their new single. More dialed in than ever, Leigh Kakaty flexes his songwriting growth and vocal capabilities across one of the band’s most uplifting and soaring choruses to date. Channeling the groove of their latest Top 10 single “Work” and the chugging riffs of its companion track “Let The Chaos Reign,” “Breathe Again” marks one of POP EVIL’s most diverse and captivating releases to date. The band continues to bridge their heaviness with cinematic melody, indicating what’s to come on their forthcoming album due out next year via Entertainment One (eOne).

POP EVIL has been a staple at major festivals and in theaters and clubs for over a  decade, despite the group’s relative youth. As they’ve ruled the roost with No. 1 Billboard Rock singles like “Trenches,” “Deal with the Devil,” “Torn to Pieces,” “Footsteps,” and “Waking Lions,” they’ve taken their inspired message to the people, on tours with modern rock titans and veteran acts alike. The band bunkered down in Los Angeles in the winter of 2019 to put the finishing touches on the yet to be titled new album due out in 2021 via Entertainment One (eOne). The band also enlisted new creative teams of producers and collaborators to emphasize the band’s sound’s uniquely varied aspects.

As “Breathe Again,” “Let The Chaos Reign,” and “Work” might suggest, the contrast and fearless genre-defying cross-cultural pollination have never been more pronounced than on album number six. The preproduction process yielded close to 30 songs, whittled down to the most potent 12 representing everything about POP EVIL. This new effort will be the highly anticipated follow up to their self-titled album that came out two years ago to high critical praise, with outlets like Loudwire saying, “their self-titled effort delivers a solid top-to-bottom listen.” Collectively, the band’s previous five albums account for over 600 million worldwide streams.