Photo: Joe Bonamassa by Eleanor Jane JULY 23, 2021 – Blues rock artist Joe Bonamassa is back with a brand-new single from his highly anticipated upcoming album, due out later this year. “Notches” exemplifies the unwavering journey Joe has experienced while taking the road less traveled, ultimately leading him to find success. A [Continue]

Mobile, AL based Heavy Rockers LOVE THE HATE has released their brutal new single, “Solid Ground.” With a dark, modern music video directed and filmed by Thomas Crane of KillDevil Films (Saliva, Todd La Torre [Queensryche], Eve to Adam), “Solid Ground” has quickly dominated local and international radio, bringing the quintet’s unique brand of dark, heavy riffs and infectious melodies to an audience starved for honest rock music. The band’s 6/22/2021 released music video for “Solid Ground” was filmed in an historic Mobile mansion known as the “Outlaw Mansion,” which inexplicably burned down shortly after. Often referred to as “Alabama’s Most Haunted House,” the sprawling property was once an opulent mansion–one of Alabama’s finest examples of Spanish Colonial Revival architecture–owned by the Outlaw family since 1925. Former Mobile Mayor Arthur Outlaw lived there until the mid-1980s. “It played a big role in making the video so cool because it has all of the historical aspects of the house — the handcraftmanship on the house alone is remarkable. My dad was a frame carpenter, so I noticed everything like that. It was amazing for me to stand at the staircase of the house when we were shooting the video and be surrounded by that.” – Frank Killian – Love The Hate. Purchase / Stream […]

Robben Ford Five-time Grammy nominee Robben Ford is pleased to announce the release of his new single “Balafon” off of his upcoming August 27th release, Pure via earMUSIC (distributed by BFD / The Orchard in North America.) About his new single, Robben states, “Balafon was one of the first two songs written for Pure. I wanted [Continue] 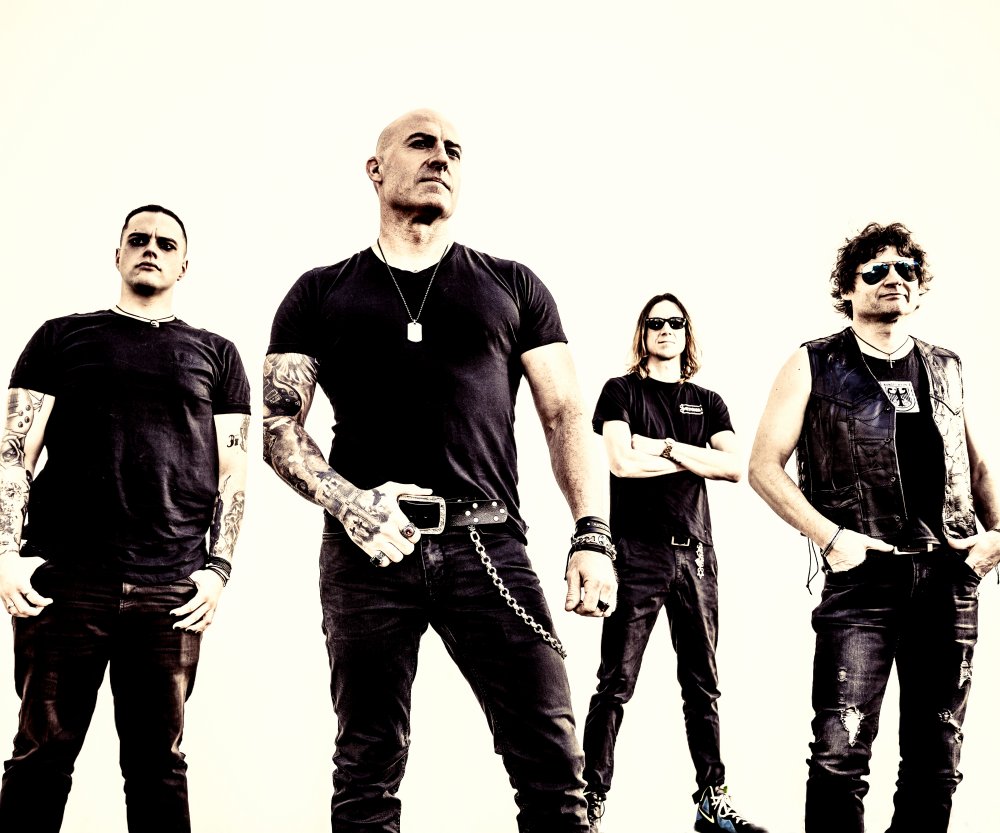 Australian rockers AUDIO REIGN announce their live virtual reality, VR, live stream by Netgigs on July 18th. Join the boys as they get set to unleash their explosive brand new single ‘RELENTLESS‘ to the world. This very special Sunday afternoon event will be held at Crown and Anchor in Adelaide South Australia. For more information or to watch the VR live stream visit: http://www.AudioReignVR.com

“With the release of our new single, we wanted to do something different, something special that hadn’t been done before. A live VR show was the answer and the only company that we could trust to make this happen was NETGIGS.” – Jake Fleming, Audio Reign

“First there were live events. Simple. Turn up and enjoy. But if your favorite event is not in your home town, you would miss out. Then came live streaming which made it possible to see an event, live, from anywhere on the planet with the internet and that feels like being at that live event, but like looking through a window. Netgigs is now ushering in Virtual Reality (VR) with simple headsets to deliver the incredible experience of being at a live music concert as it happens, wherever it happens. Not like watching TV, but an immersive experience as close as possible to feel like you are in the action not watching it from afar. You can enjoy the show from the front row being a part of the live crowd and can even be on stage with your favorite artist!” – Philip Vafiadis, Netgigs Chairman-Elect

Audio Reign is a powerhouse Rock band from Australia. MR Records is excited to be involved with the release of their new single and EP of the same name ‘RELENTLESS’ The single has a strong message of the times we are all living in. Audio Reign supported Kip Winger in 2020 in an acoustic setting and blew the crowd away. We look forward to working with Audio Reign as we feel they have a great and exciting future ahead. – Peter Naylor, A&R, MR Records

AUDIO REIGN was formed in 2011 with the vision of creating an inimitable Australian Rock sound, molding driving heavy guitars with melodic vocals and harmonies.

The band’s debut EP ‘Find Your Way’, mastered by the iconic Jens Bogren (Dragonforce, Opeth) was released to coincide with their unforgettable festival debut at the Big Day Out in Australia in 2014 with an audience of over 15,000 die-hard rock fans.

Following on from their breakthrough single Find Your Way, Audio Reign’s first full-length album offers a proper taste of what they are capable of: a monster storm of huge, driving guitars, soaring melodic vocals and an unstoppable rhythm section. Recorded, mixed, and mastered by Jarred Nettle, the album delivers a flurrying combination of writing, performance and production – capturing epic hooks and supercharging them with the ferocity of the band’s live sound. From their heaviest song to their most ethereal, Audio Reign wields an immense level of energy.

The album’s first single, Betrayal, is a hard rock tour de force. Hard-hitting and relentless, it sets a musical and lyrical tone that is abundant throughout the album: raw emotion and undiluted power. Vivisecting an act of treachery, the song casts a stark light on a shadowy deception, delivered by the unmistakable voice of frontman/guitarist Jake Fleming. Driving his vocals like a battering ram; the irreplaceable legion of Alek Dyrynda (lead guitar), Ash Lovett (bass) and Dieter Schoell (drums).

Seasoned performers since forming in 2011, this lineup is adept and versatile – able to switch from high octane tracks like Betrayal to intense slow-burners like the emotionally charged Senses. Recent performances with the hugely successful (US) rockers ‘Skillet’ & ‘Pop Evil’ have demonstrated the band’s ability to hold their own at this level and highlight the recognition this band is receiving, confirming they are ready to explode! With an incredible live show, a loyal and growing fanbase, and a repertoire of their most electrifying material to date, there is so much potential coursing through Audio Reign that their future could very well be to preside at the top echelon of Australian rock. That journey, long and arduous as it may be, starts right here with one of the best hard rock debut albums of the year. 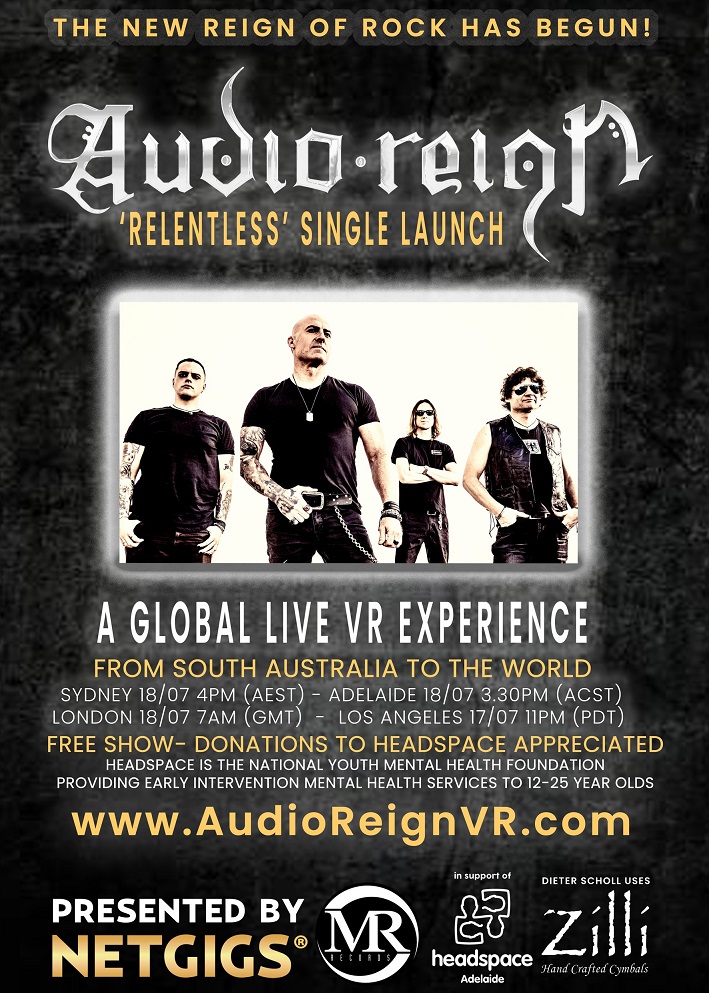 Photo: Colin Linden by Laura Godwin ‘bLOW’, the new album from blues singer/songwriter/guitarist/producer Colin Linden will be released September 17, 2021 (on Highway 20/Thirty Tigers). bLOW is the first release on Lucinda Williams’ imprint Highway 20 and embodies the powerful blues-meets-rock-meets-roots style Linden has crafted over his illustrious 45-year career, which set its [Continue] 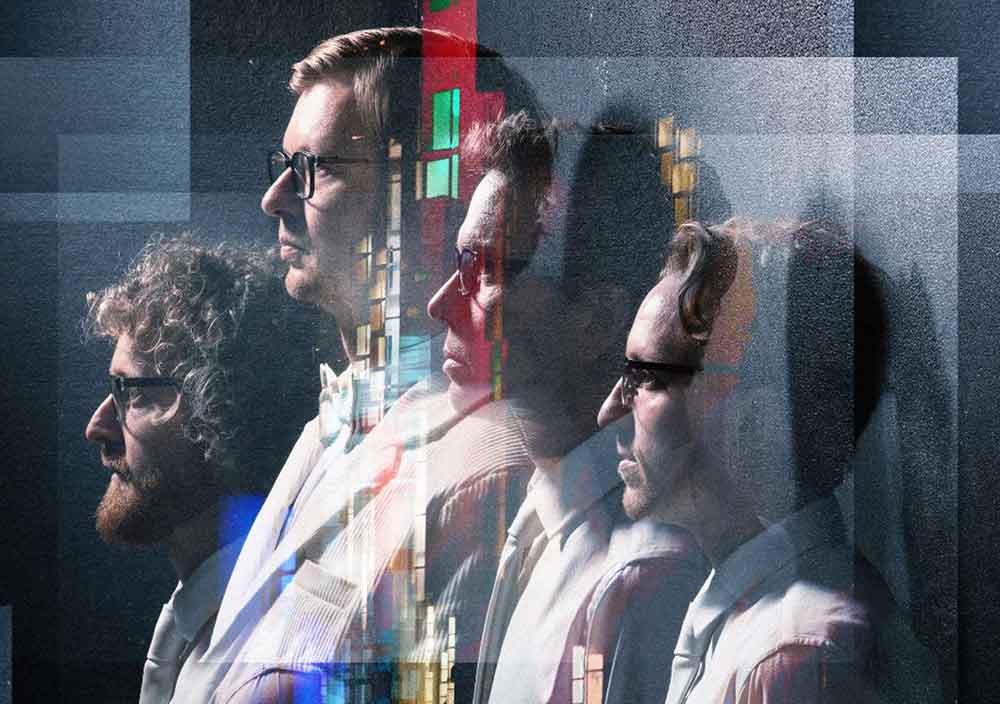 Public Service Broadcasting have released a new single and announced a forthcoming album on Play It Again Sam, set for release on 24 September. The band will tour through the UK during October and November 2021.

London’s Public Service Broadcasting (guitarist and keyboard guru J. Willgoose, Esq, drummer and percussionist Wrigglesworth, multi-instrumentalist JFAbraham and visuals expert Mr B) play music which has consistently evolved over time and their new single, People, Let’s Dance does nothing to buck the trend.

They started with the 2013 album Inform Educate Entertain on a strict diet of electronic focused instrumentals laced with jingoistic public information films and propaganda honed from the archives of the British Film Institute. Subjects ranged from the LMS Railway London to Glasgow overnight postal train, through the development of the Spitfire to Sir Edmund Hillary and Tenzing Norgay’s first successful ascent of Everest.

Through subsequent albums, the band have explored the cold war US/Soviet quest for dominance aloft in The Race For Space and the rise and fall of the Welsh coal mining industry in Every Valley. With each iteration, the music has evolved: choirs, strings and horns abound and the reliance on archive audio samples has reduced. 2017’s Every Valley had vocals contributed by Manic Street Preacher’s James Dean Bradfield, Welsh language singer Lisa Jên Brown and Camera Obscura’s Tracyanne Campbell.

New single People, Let’s Dance, successfully looks in two directions at once. Going back, the sound is very biased towards early PSB electronica – there are clear echoes and nods to 80’s Depeche Mode and Kraftwork. Going forward, the vocal contributed by Berlin-based musician EERA is sung almost entirely in German and there is a complete absence of archive speech samples.

Coinciding with the release is a brilliant video directed by Chloë Hayward which features five colourful choreographed roller-skaters filmed in Greenwich on the shore of the Thames. It’s got a retro feel, enhanced through being shot in 4:3 aspect, just like your telly used to be.

The single and album, to be entitled Bright Magic, were recorded in Berlin’s famous Hansa Tonstudio recording complex (home to Bowie’s Heroes, U2’s Achtung Baby and Iggy Pop’s Lust For Life among others). The album is themed as a tribute to the art and expression of the city of Berlin and moreover to Europe as a whole. It’s likely to continue the establishment in the single of German-speaking sung vocals and a near absence of vocal samples.

To promote Bright Magic, Public Service Broadcasting will be on tour in the UK through October and November 2021 – full dates are listed below.

Tickets are on general sale on 9 June and are available here.

All words by Simon Reed. Photo by Alex Lake. Simon’s website Musical Pictures is here and you can visit his author profile for Louder Than War here. He tweets as @musicalpix.