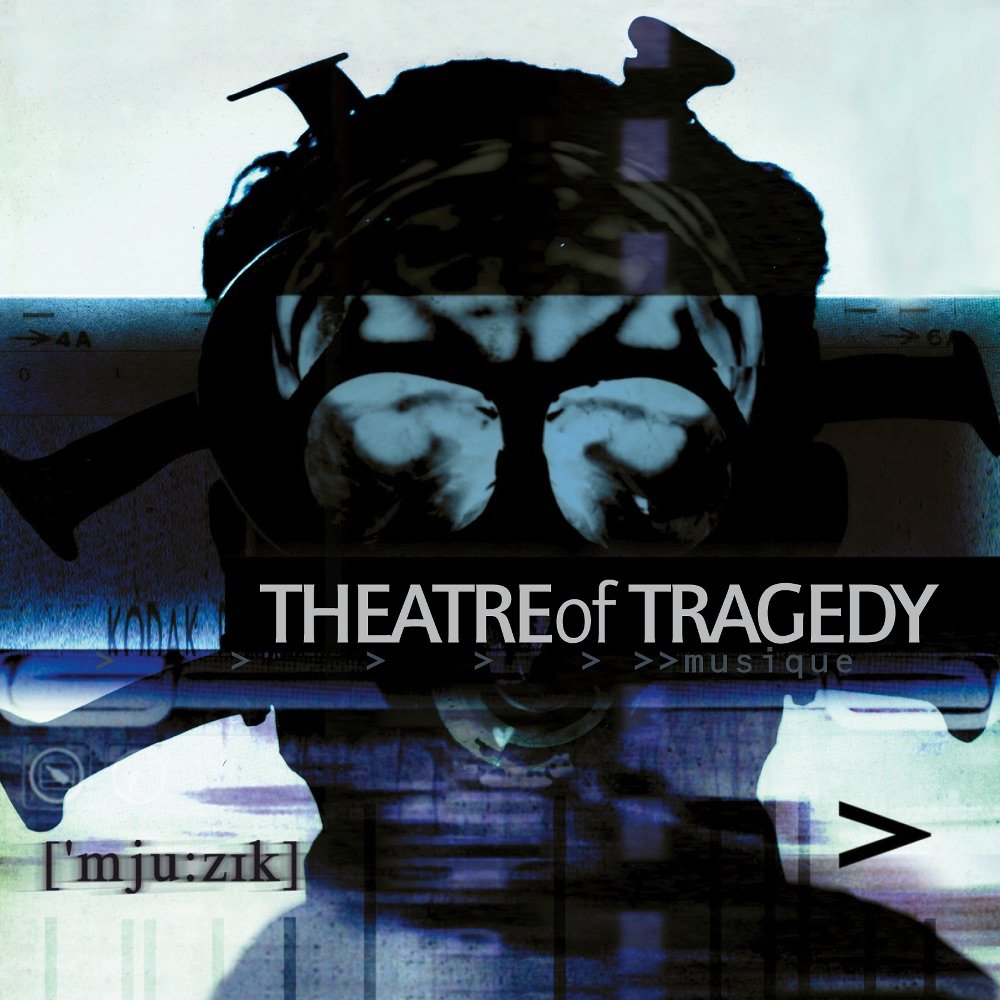 The sweetness of goth becomes unforgettable once you enter the world of Theatre of Tragedy! Double-sweet, now in vinyl !

In the mid 90’s they broke every rule, spoken, melodic, metallic, however you wanna name it, by bringing to you the fear, that who embraces you through the velvet darkness!

An extraordinary, filmic contrast between Raymond and Liv, making death and doom metal different, deep, less horrifying but more food for thought, as you sing, without even knowing the words, cos’ they are sung in Early Modern English, while the group’s Norwegian !

But in 2000, the industrialization of rock would influence the direction of the moving Theatre, as they release the French written “Musique”, that in 2000 was not as tempting as now….cos’ now it comes in vinyl , for you that appreciate the wonder of it!

And it has 11 bonus tracks! What more do you want? You want more songs…you want tragedies, translated in what they are great in doing: songs!

You will feel the change, as the millennium required new fans and the fragments of what the first albums were like, can be heard in “Fragment”, the opening track of this re-issue of “Musique”.

Not as robotic as machines are, everyone wants to try various things, like the experimental second track of the album, that now lacks the death grunts of Rohonyi, but Liv is there, with her sweetness, unbreakable.

It’s ironic, what they sing about and their previous themes, not related how you’d want to, but that’s why it’s a theatre play! Radio can survive eitherway, better if it’s a part of a non radio-friendly group, like the Scandinavians of controversial doom are!

In retrospect, you can’t quite feel the touch with what is expectable….that’s why this album is a surprise, that’s why a true fan looks behind what he is used to, what sets the scenario for, to be boring.  No way this theatric modernist ensemble  can be boring!

“Aegis” set the tone of scandinavic doom, but you need to change it, to have it beautiful in ur ears and ur heart after a while….that’s what they did, that’s what you might as well love in “Retrospect”, ending with the word “Future”!

You’’ll recognize what the bonus tracks are, even if you don’t have the first edition of “Musique”, the French travelling word to the darkness of millennial Norway !

And what about the New Man ? Can he dance, can he embrace the jokes of a change he didn’t expect? Can he still enjoy the new compositions of the album that deals with existencialist themes, now more Roxett-ish but still, the actors are giving you more than what you paid for…excitement!

How would you think of your inner image, as we head towards 2021 ? Will it be in a language you understand? Or you will go outta space, as Alice Cooper once screamed?

“Musique” is yours for the taking! Vinyls are coming back, but once you’re openminded, then you let ur mind to rest for a long while, as the actors take you to the trip of what you will wanna repeat, time after time…..