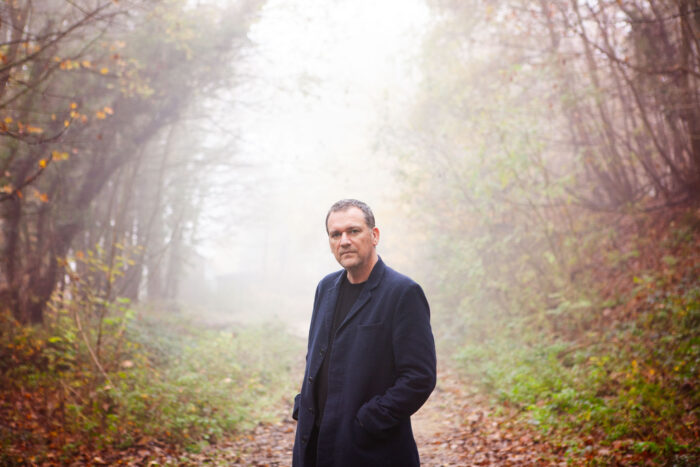 Jim Hudson is one of the world’s most criminally underrated talents. With his new single, that’s set to change. He spoke to Sam Lambeth about his new single, loving Radiohead and why all he wants for Christmas is his own full-time band.

Jim Hudson didn’t want to be a solo musician. Try as he might, though, finding long-term success with a band never came to fruition. “I’ve always had the desire to perform as part of a band,” he says today. “But it’s never been realised.”

The stars may not have aligned, but we should be thankful. Finally warming to the solo troubadour tag, Wilson has spent the past year churning out blisteringly melodic, enthralling rockers that blend The Beta Band with Elliott Smith. His latest, Bones, is his best yet. The title, though, is misleading – this is certainly not a skeletal strum. Bones is a heady rush of Hudson’s melancholic acoustic, Thom Yorke-indebted warble and a rich palette of instrumentation.

“I developed an interest in ambient and synth-driven stuff, like Aphex Twin and Echoboy, but then also acts like Doves, Radiohead and Sparklehorse,” Hudson explains. You can certainly hear it. Bones could have come straight from an early noughties compilation, its grand theatrics doffing their wing to Doves, the panicked tension of the ‘Head and the experimental energy of our favourite weirdo Richard James.

However, those hoping for a Kid A may be disappointed – these songs are still plaintive and wistful, all anchored by acoustic chords. It’s a recipe that has served Hudson well so far, particularly his bucolic debut EP, Fallen, which came out in 2019. “All my songs start life as a vocal melody or a chord pattern on the guitar,” Hudson explains. “The lyrics always come last. I’ve never been able to sit down and write a song about ‘X’ or ‘Y’.”

Those who hear the fullness of Hudson’s songs will be surprised to know they are, for the most part, recorded at his home. They are then sent to the esteemed Matt Pinfield to crank into shape. “Matt’s obviously got a lot of experience and he’s always happy to offer advice, especially with recording and with the drums,” Hudson says.

Hudson’s releases so far – Fallen and his earlier single, In Windows – haven’t garnered mass attention, but Hudson hopes Bones will change things for the better. “Recording and releasing Fallen was a big learning experience for me,” Hudson admits. “However, I now think I am starting to find my feet. Covid-19 has slowed everything down, of course. I intend to release more singles and maybe an EP next year,” he continues. Then that elephant in the room – the B word – rears its head again. “I’ve been saying this for four years now, but I would love to get a band together for live performances. It was never my plan to be a solo performer.”

It might not have been his goal, but Jim Hudson is turning out the best work of his career on his own. The Lord does work in mysterious ways…