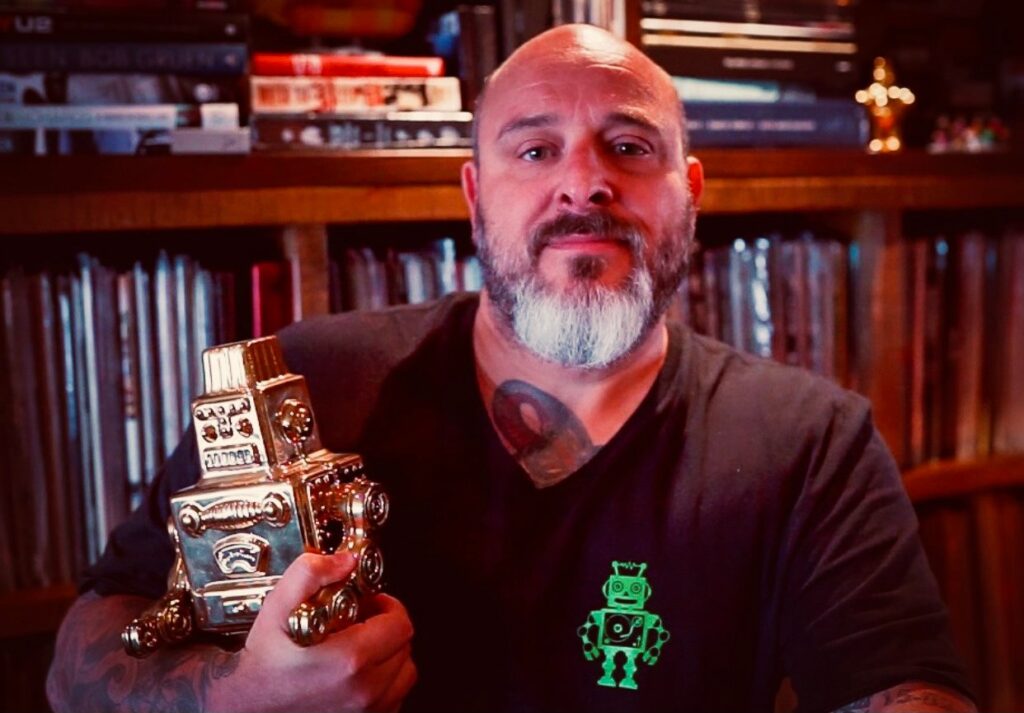 In a world first, Golden Robot Records have today announced ROCK THE VAX, an initiative to unite music lovers and inspire the rock public of Australia to go and get vaccinated in exchange for a free album (vinyl or CD) from the extensive Golden Robot Records (GRR) back catalogue, while stocks last.

From July 15 to July 31 2021, Australians are encouraged to email rockthevax@goldenrobotrecords.com with their digital certificate from the medicare app, along with their GRR album request and postal address.

“As the owner of a record label and a dedicated music lover, I just can’t sit back and watch a country I love have one of the lowest vax rates in the world,” impassions Mark Alexander-Erber, President and Founder of Golden Robot Global Entertainment. “The music industry has suffered terribly since the start of this pandemic, as many bands rely on touring for the majority of their income. COVID-19 caused touring to come to a grinding halt and vaccination seems to be the only way to bring normality back to touring and our lives. Bands need to tour to promote albums and album sales can be elevated by touring.”

Alexander-Erber has taken it upon himself to devise his own plan to boost vaccination numbers in Australia, and hence ROCK THE VAX was conceptualised. GRR is prepared to dip into their own pockets and give away what could very quickly become hundreds of thousands of dollars worth of stock over the next fortnight in order to encourage the rock community of Australia to get vaccinated as quickly as possible. And the GRR back catalogue is sprawling with everything from rock titles to country, to punk, to alternative. With albums by Rose Tattoo, Dizzy Reed (Guns N’ Roses), LA Guns, Jefferson Starship, Gilby Clarke (Guns N’ Roses), Horsehead, The Cherry Dolls, The Lockhearts, Steve Kilbey, David Campbell, MiSex, Toe to Toe, Groom Epoch, Kilby Kennedy, A New Revenge, Destinia, Hayley Jensen, Palace of the King, Reece Mastin, Glenn Shorrock sings The Little River Band and Nick Barker to name just a few artists, there is sure to be something of interest for everyone.

Alexander-Erber continues, “We did so well as a Nation to beat this horrid virus that affected so many in the community. But right now, we have to double and triple our vaccination efforts, so we can eventually (hopefully sooner rather than later) gain a sense of normality in our lives and not let it creep back into our community and cause ongoing lockdowns and inflict further pain and hardship. This latest Sydney lockdown for me was enough, I feel the need to act, as beating this virus is the most important thing right now and as an Australian company working on a global scale, I can see what is happening internationally and I believe people understand they need to get fully vaccinated eventually, but may just need an extra incentive to do it right now. There is no more time to waste, we need to avoid the risk of further lockdowns by getting vaccinated now!”

ROCK THE VAX (vaccination proof for album exchange via email submissions) is open from today, July 15 and will close at midnight on July 31, 2021. For more information, head to www.goldenrobotrecords.com

The post Golden Robot Records to give away free albums on CD and vinyl to Aussies with proof of covid vaccination appeared first on The Rockpit. 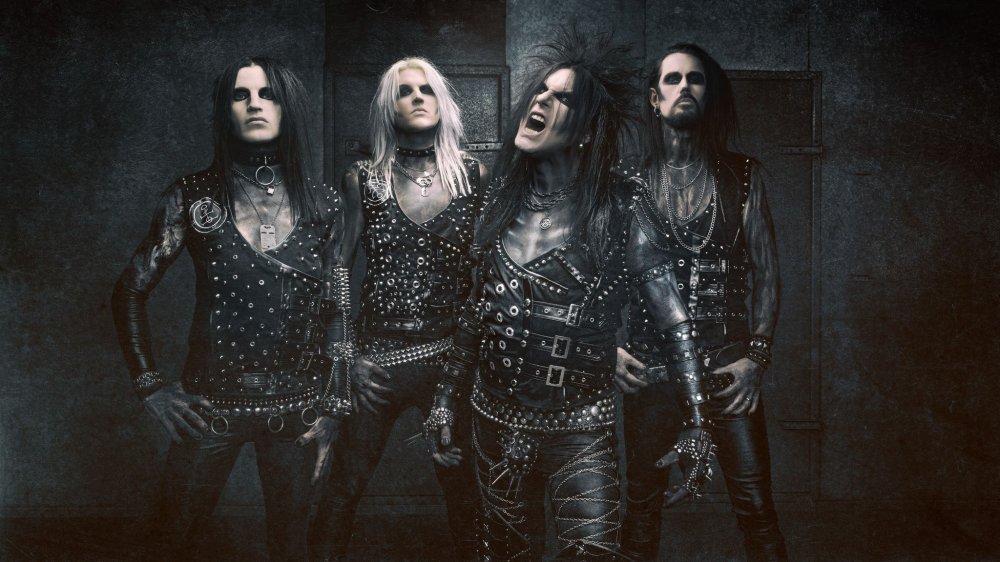 ‘Outta Time’, the fourth single from Swedish metal band ToxicRose, is a heavy track filled with melodic hooks that thematically dives into the darkness inside a person’s mind.

‘Shot in the Dark’ is the catchy new single out now from synth rockers THEM GUNS, who recently signed with powerhouse record label Golden Robot Records. With bright synths, heavy guitars and a melody to die for, ‘Shot In The Dark’ is sure to grab the attention of a multi-genre horde of listeners.

“‘Shot in the Dark’ is about finding a way through life and figuring things out as they happen, because there’s no playbook.” – Navarone Garcia (lead singer/guitarist)

Their eclectic style, although completely unique in their own right, can be deemed a blend of influences from artists like LCD Sound System, Chemical Brothers, Prodigy, Tool, Faith No More, Korn, Ghost, Slipknot and Deadsy. ‘Shot in the Dark’ is out now on all digital platforms!

Listen/Buy ‘Shot in the Dark’ HERE

Keith was the guitarist for the protopunk band Debris’, with whom he was included in a history exhibit covering the notable rock and rollers from their home state of Oklahoma.

Golden Robot Records [Release date  .21] Later this month Gilby Clarke releases his fifth studio album “The Gospel Truth”, his first new solo album since 2001’s “Swag” and it is a welcome return. He has kept himself busy since leaving … Continue reading →

The post Album review: GILBY CLARKE – The Gospel Truth appeared first on Get Ready to ROCK!. 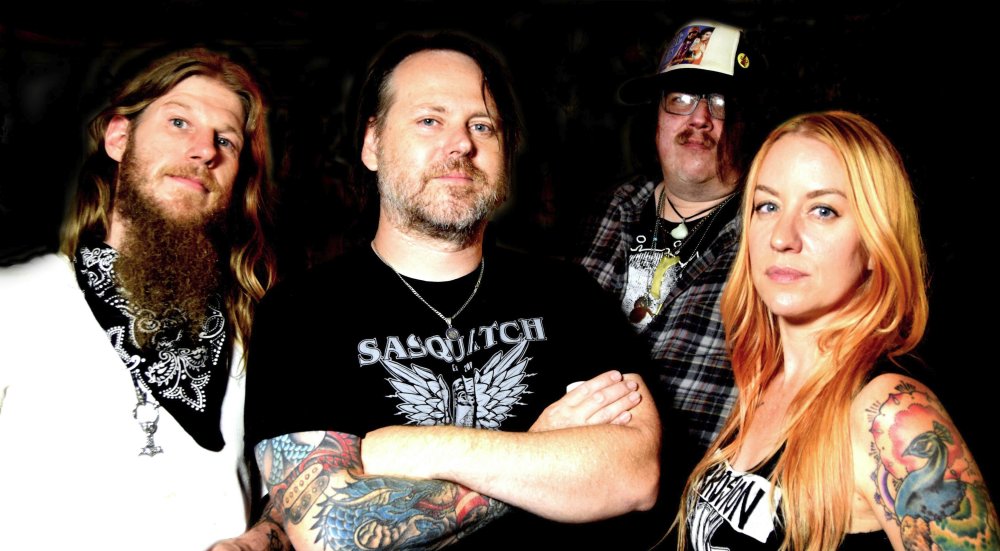 Blood and Guts is a powerhouse track, highlighting the bands driving stoner / doom metal hybrid output. It echoes of contemporaries like High On Fire, Down Conan and Baroness.

Blood and Guts is the first single off of MESSIAHVORE’s debut upcoming self-titled release. It’s heavy, driving, short and to the point. Perhaps you think this song is about gore? You’d be dead wrong. ‘lood and Guts is about putting yourself out in the world and giving it your all. Face the judgment and ridicule good or bad. Give my blood and guts! Take my all! 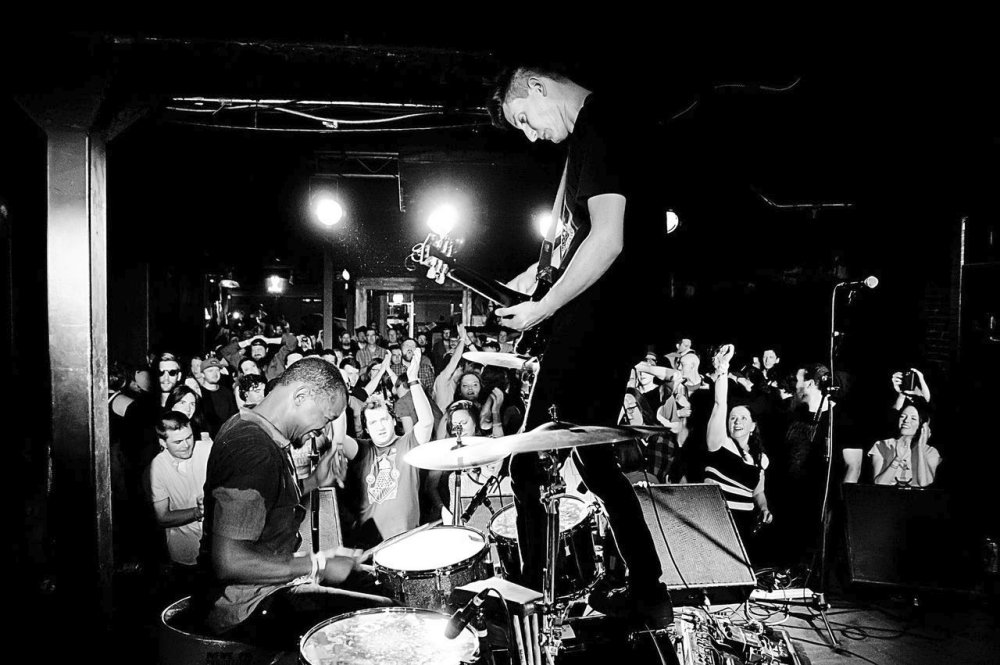 Riot Records brings you the new single from Denver, Colorado’s In The Whale titled Crosses.

In The Whale deliver another aural beating to the senses. The two-piece are hell bent on pummelling you into the ground with their post rock assault.

“Crosses is lyrically about looking yourself in the mirror, realizing everyone is going to die and humbly wondering why we’re all here and what this is all for. We tried to execute a feeling of franticness and anxiousness with the push and pull off each musical section.”
– In The Whale 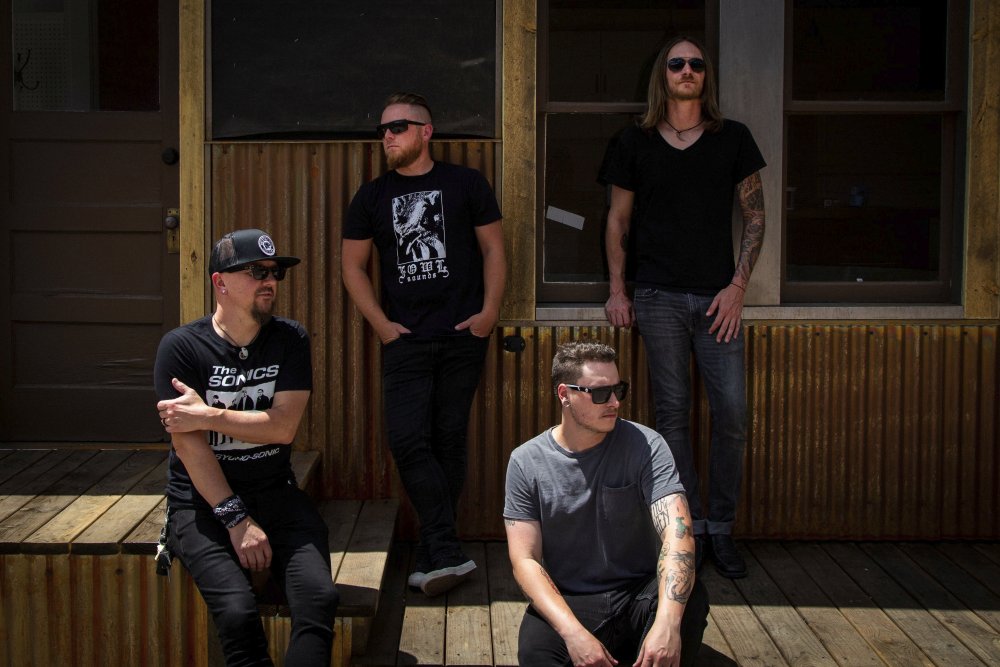 Cloven Hoof is the follow up to their recent single Polaroid. There is a uniqueness to STONE DEAF, they manage to blend desert and stoner rock with an old-school US punk edge and that is evident on Cloven Hoof. STONE DEAF produce a unique fusion of genre bending sonic goodness.

Put that shoehorn down cause those boots are stayin’ on and scootin’ over to the dance floor for Stone Deaf’s latest toe-tapper. With more hooks than Tyson, Polaroid is an auditory strip tease you can’t turn away from.