Cleopatra Records [Release date 23.07.21] Tantric have been around since 1999 and have more ex-members (especially drummers) to give Spinal Tap a run for their money! Vocalist/rhythm guitarist Hugo Ferreira is the sole remaining original member joined by bassist, backing … Continue reading →

The post Album review: TANTRIC – Sum Of All Things appeared first on Get Ready to ROCK!.

Cleopatra Records [Release date 23.07.21] Tantric have been around since 1999 and have more ex-members (especially drummers) to give Spinal Tap a run for their money! Vocalist/rhythm guitarist Hugo Ferreira is the sole remaining original member joined by bassist, backing … Continue reading →

The post Album review: TANTRIC – Sum Of All Things appeared first on Get Ready to ROCK!.

Cleopatra Records [Release date 26.02.21] Veteran punk band Down By Law have returned with their 12th album “Lonely Town”, and it is a welcome return. Frontman and founding member Dave Smalley has led the band through line-up changes, international tours … Continue reading →

The post Album review: DOWN BY LAW – Lonely Town appeared first on Get Ready to ROCK!.

A Cloud of Ravens, Bands, Cleopatra Records and Video Premiere

of true and of not embedded in our tale unbegot

Stones hold their energy and some stars speak in code

Forgetting that their words travel slow

Brooklyn’s gothic “Children of the 70s and 80s,” A Cloud of Ravens, have flocked together to create a new sonic murmuration for you: When It Comes, from their forthcoming album Another Kind of Midnight (Cleopatra Records).

Ardent proponents of underground culture, this pair of dark poets weave together arcane tales of love, loss, faith, life, and The Great Unknown, riveting through their dark, gritty sonic scheme. Their sound, though inspired by bands of their youth, is not rooted stubbornly in the past – their music feels of this time, with their messages transversing the cosmos.

When It Comes is accompanied by a fascinating journey throughout Brooklyn, a bizarre BW negative odyssey through cemeteries, under the concrete jungles and snaking subway lines, past open bonfires on the streets. It is a lawless time in the city, and the video, directed by Kevin Condon, is a lovely, chaotic neutral snapshot.

Watch the video for “When It Comes” below:

Another Kind of Midnight will be available through all digital and streaming platforms. The single release of When it Comes marks A Cloud of Ravens‘ official debut on Cleopatra Records. This is a promising follow-up to the band’s first full-length album, 2019’s In the Wicked Hours.

Another Kind of Midnight is out on March 16th. 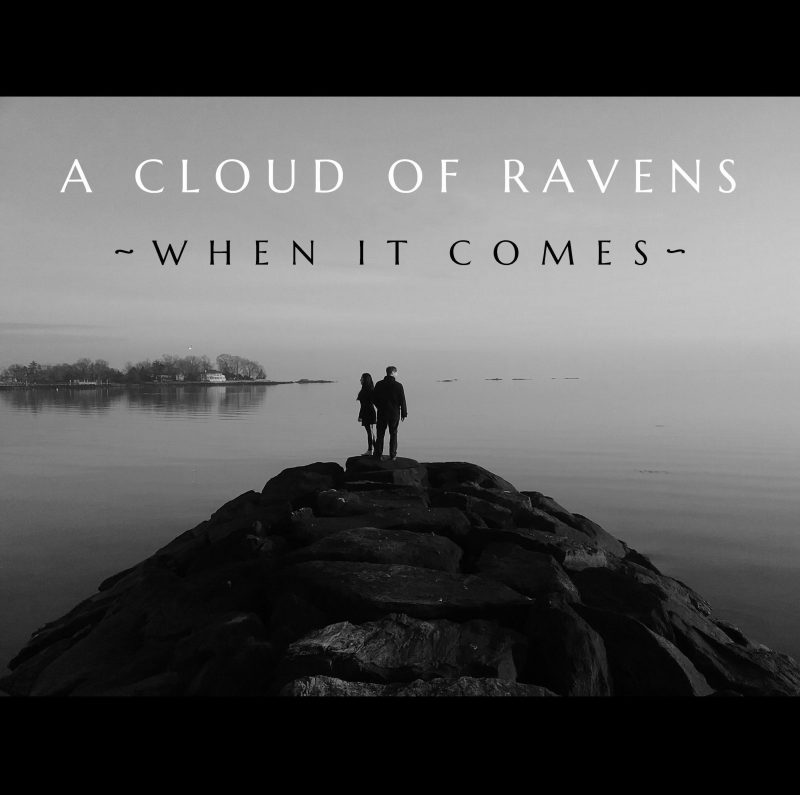 The post Gothic Rock Duo A Cloud of Ravens Unveil Video for “When It Comes” appeared first on Post-Punk.com.

Cleopatra Records [Release date 15.01.21] Two of Dokken’s original members who left and developed into marquee names themselves are guitarist, George Lynch and bass player/vocalist, Jeff Pilson. The prediction that all rock bands will eventually do a covers’ album might … Continue reading →

Birmingham, AL based , Hard Rock / Metal band BrokenRail has released the official music music video for their new single, “DEMON IN DISGUISE.” Directed by Alan Collins, “DEMON IN DISGUISE” is off of the band’s newly released album with Cleopatra Records, BEAUTIFUL CHAOS, which was produced, mixed, engineered, and recorded by Joseph McQueen at Sparrow Sound in Los Angeles, CA. “We wanted to go in a different direction for the video for ‘Demon in Disguise.’ We chose an abstract theme for such a lyrically ambiguous song. Demon is a deep dive into the splinters of darkness that we allow to imprison us, enlighten us, or liberate us. Whether it’s addiction, depression, toxic relationships, etc, sometimes we give in to the temptation of the easiest route in exchange for our own salvation. We enter into these scenarios thinking we can control them, but as is often the case we overstep our boundaries or abilities and fall into this ever revolving trap we just cannot escape from. At the time, the allure seems to be somehow worth the risk, but sometimes you find yourself in a directionless void. We’re so excited to present to you our 2nd release off of our label debut album, ‘Demon in Disguise’!” […]