With a world tour on hold until 2022, Dead Can Dance’s Brendan Perry has not been idle, with the surprise release of a new album  Songs of Disenchantment  (Music from the Greek Underground).

Perry, whose last creative work was Dead Can Dance’s ninth studio album Dionysus, continues to express his love of Greek culture by creating an album of Rebetiko music, a style of urban folk music that sounds like something you would hear in a Cafe in Athens circa 1930. Perry was first introduced to this kind of music during the mid-’70s back in Melbourne, Australia, and in a romantic fashion, he developed the ability to play guitar while immigrating to England during a six-week sea voyage onboard a Greek Ship called the Ellinis.

“Over the years my love for ‘all things Greek’ has run somewhat unabated and especially with regard to Rebetiko music. I have amassed a considerable collection of recorded music, traditional instruments and memorabilia over the years that would eventually give me the inspiration and valued education required to be able to record some of these wonderful songs.”

“The fact that there has been virtually no recorded versions of Rebetiko songs sung in English was also a great surprise to me and was ultimately the prime motivator for me to share these songs with an English speaking audience as well as pique the curiosity of the die-hard traditionalist.”

Read Perry’s full statement on Rebetiko, and the album below: 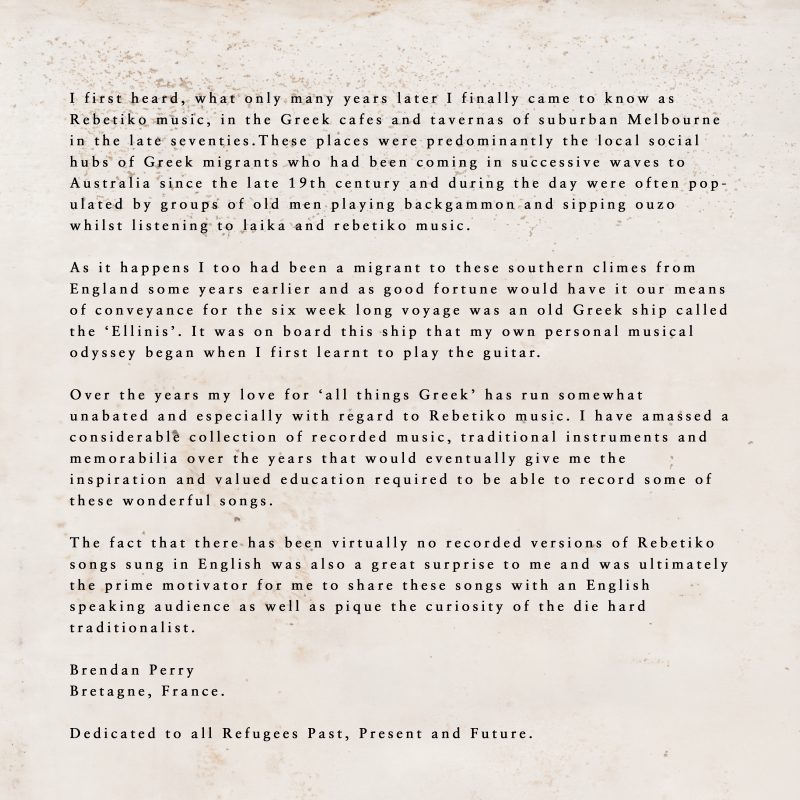 Perry’s rich baritone overlayed upon these acoustic folk sounds would not be out of place on a traditional Dead Can Dance record, and perhaps more so than any of his previous solo outings.

Listen to Songs of Disenchantment (Music from the Greek Underground), below, for which Brendan Perry lovingly dedicates to “all Refugees Past, Present, and Future.”: 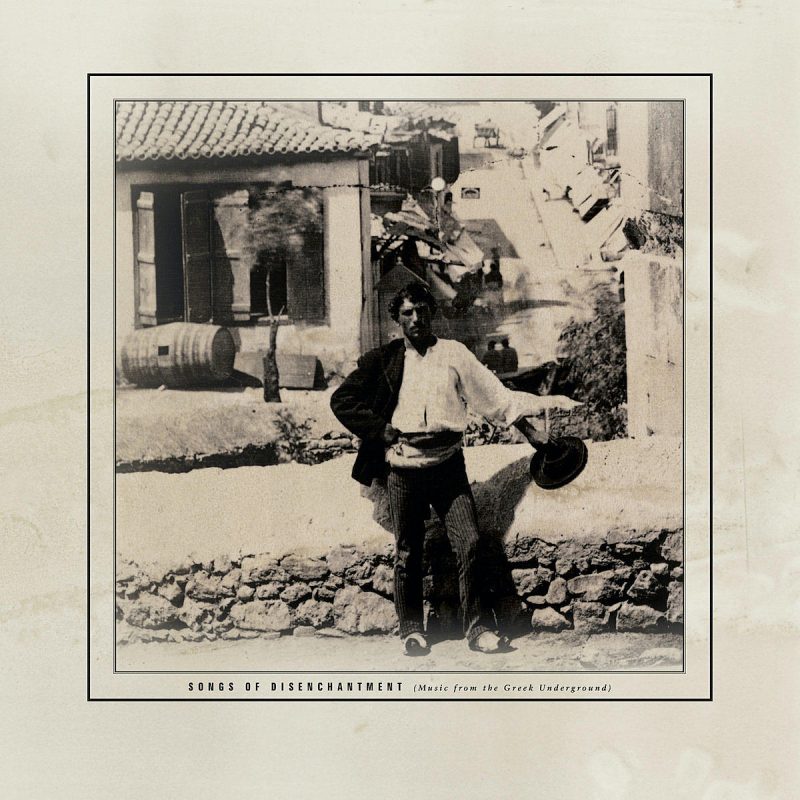 The post Brendan Perry of Dead Can Dance Releases “Songs of Disenchantment (Music from the Greek Underground)” appeared first on Post-Punk.com.