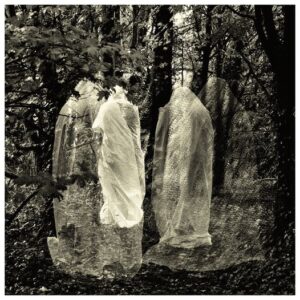 Branch To Root are back straight out of Merseyside with a new EP to follow their strong debut album released last September which was covered here by LTW. It was worth the wait reckons Wayne AF Carey…

BTR have been busy honing their sonic landscapes during lockdown and have pulled together an EP that sounds huge, if not huger than their stadium anthem filled debut which caught my interest in the first place. Four tracks that take in the sounds of the excellent shoegaze scene by the likes of Ride and Swervedriver. It takes its name from the psychological phenomena ‘Jamais Vu’ meaning “never seen”. Defined as experiencing a
situation that is recognised in some way, but that nonetheless seems unfamiliar.

First track Brave has the lot and kicks in with a nice heavy guitar sound and is filled with pile driving Levitation style drums, huge as fuck riffs and a cracking chorus. It’s got the elements of early Ride yet comes across a lot heavier. Lead track Gold lifts the level, kicking off slow and building into a wave of reverb and dreamlike vocals. Huge sounding yet again with another killer chorus. It’s like a trip back to the early nineties yet sounds fresh with some stunning drums and heavy guitars holding it all together.

Last Miles has all the elements of another anthem with hints of a heavy Depeche Mode and what The Cooper Temple Cause might have sounded like if they hadn’t sadly split. Brilliant stuff that has a great stop start with a crunching riff three quarters in. Losing Sleep is a slow chugger that sounds haunting and reminds me of the brilliant Sennen. It’s an EP full of texture and cool as fuck musicianship. These guys can play, they have all the elements and deserve to be massive. A cracking follow up to welcome them back.