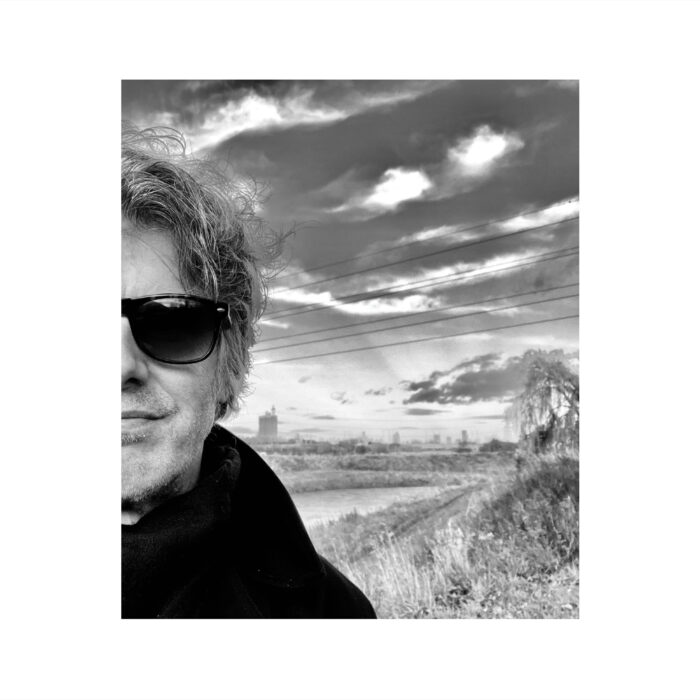 V Years is the eighth album by prolific Mancunian Boz Hayward, and his first since 2017’s acclaimed ‘Tennessee Ten’. The new record drew its initial inspiration from two giants of British music. The death of David Bowie in 2016 prompted the album’s opening song ‘Alert’, which imagines Bowie’s indomitable creative spirit as he faced his final months.

A look back at Hayward’s old diaries then stirred the memory of an unfinished song he’d written following the murder of John Lennon in 1980. Four decades later it was completed in the form of ‘Dot to Dot’.

Further songs then built around this, informed by the uncertain world being created by the looming spectres of Brexit and COVID. Although the material had been slowly developing over an extended period and full band rehearsals had started in 2019, the recording process had to be adapted to the arrival of the coronavirus pandemic. Hayward had gone into the recording studio in February 2020, accompanied only by longtime drummer Rob Haynes (Membranes / Inca Babies), where they recorded the skeletons of eight songs at the same time as rumours of the virus were advancing. The songs were then completed in home studios and even gardens as musician by musician added their parts seperately. Despite this, the results of these five years of songwriting and recording are a joyful, cohesive group work full of imagination and craft.

Released in tribute on what would have been Bowie’s birthday 8 January 2021 (he died on 10 January), ‘V Years’ celebrates ongoing creativity in uncertain times.